Entrance of the Catholic Idiots


This thing is absolutely inexplicable. It's some sort of cheesy Italian Catholic circus-thingammy, with out-of-tune music that cuts in and out, and so-called acrobats who look like they've been scraped off the streets of Rome. If this IS Rome, which it's not, I'm sure (in fact, I think it's somewhere in Brazil). I don't know what Novena Solena is, but I've found a few more of these videos which are along the same lines. There is one involving acrobatic angels with fur wings and crimplene gowns, and another one featuring little kids carting around bowls with live goldfish in them.

Exceptionally cheesy. All the comments (with a sample below) are indignant and blame Vatican II, whatever THAT is. You know that expression "so bad it's good'? This is so bad, it's bad.

Fruit of Vatican II....people ignoring Fatima this is what we get. God have mercy on mankind!﻿

Totally inappropriate and scandalous to say the least. All organizers and "priest" to be excommunicated asap .

This is total carnival of heresy. 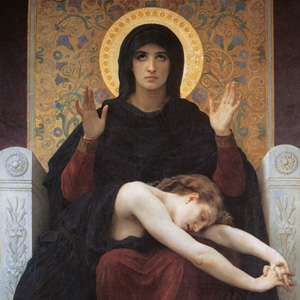 I want to freaking puke!! Why was I born post vat 2??? I can see why the orthodox do not want to unite with us!﻿

yep, this makes me want to go bacK u__u﻿

They were thinking Vatican ll with the liberal modernist evils.﻿

Sinful and shameful. THIS IS VATICAN ll. Forgive them Father they know not what they do.﻿

CAN NOT BELIEVED THIS IS TRUE, MAY BE A GRAPHIC DESIGN TRICK OR SOMETHING LIKE THAT.﻿

Is this supposed to be Catholic or something? It looked and felt 100% pagan.﻿

What r u doing? Brazil Stahp!﻿

This one will have even non-traditionalist Catholics face-palming? What were they thinking?﻿

Posted by Margaret Gunning at 5:43 PM No comments:

I have to tell you this.

I remember these things from, oh, probably my late teens (when, by the way, I was already married). But they did not die. They went on and on.

Not only did my kids watch Schoolhouse Rock videos (they were called cartoons then) in the early '80s, my GRANDKIDS were fairly recently subjected to them in school. I couldn't believe it - budget restraints, or what?

These aren't particularly good, but they're nostalgic, and this one is nicely restored by somebody-or-other. It comes from one of those ubiquitous Facebook nostalgia pages that I increasingly spend my time on, wanting to distract myself from the impending Armageddon which will surely come if that evil prick in the White House isn't impeached within a year.

Posted by Margaret Gunning at 1:07 PM No comments: