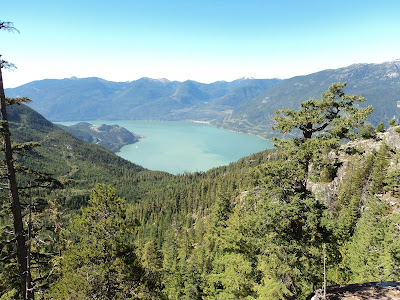 As part of our "staycation", Bill and I took a drive to Squamish, B. C., for a two-way mini-vacation. We rode the Sea to Sky Gondola, dizzily but beautifully, up the mountain (which mountain? All I know is, my ears were popping), then down into the mines, where it's dark as a dungeon and damp as the dew. 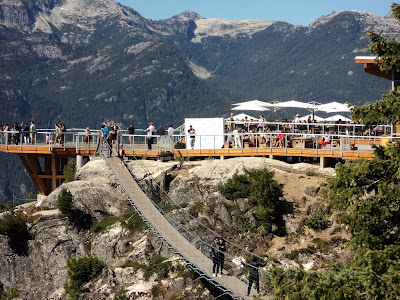 And by God, I went on my first suspension bridge! I always thought I'd have to be blindfolded like a horse, but I made it. It has a very thick cable to hang on to, and is more stable (speaking of horses) than I thought it would be. No way do you stop to get photos on this thing, however, so that's not me. 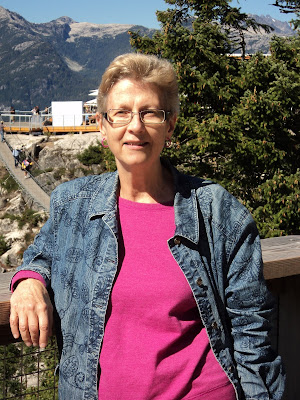 The whole day was nice, with its moments of giddiness. For some reason, the ascending gondola seemed to be going at a tremendous speed, which queased me out a bit.  Descending, it was gently floating down. So I didn't have that tingling feeling in my fingers and toes. I was no longer squeamish in Squamish. 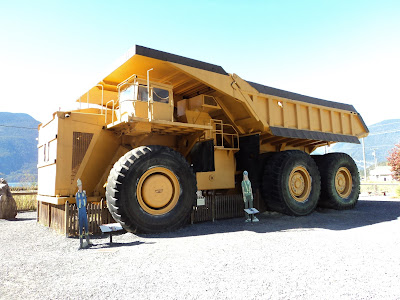 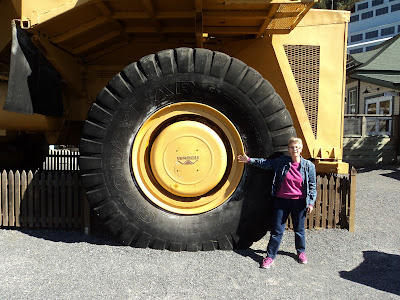 Great big truck!  Wheels go all the way across the sky. What can it mean?? 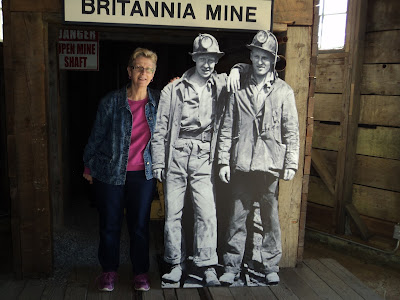 My friends Bobby Orr and Jack Miner at the Britannia Mine Museum, once a working copper mine, now a spooky relic/tourist attraction with lots of strange vibes around.  A bit squirmy to go underground in a sort of metal train thingie, which would have been nicer without the 400-pound woman jamming me into the side of it. Sorry, it really did take away from the experience. I likely had about 1/3 the room I needed to be comfortable and bear bruises today. 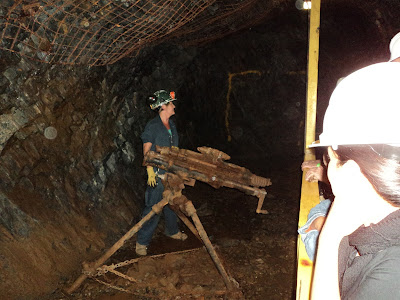 A sub-mo-chine gun? No, it's a drill. Really old. The really old ones kicked up so much dust that the miners died. It was a horrible life. They had to demonstrate every bit of deafening machinery in the tunnel. By then I really was squeamish in Squamish. 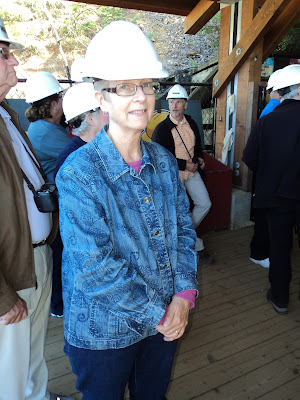 I'm not sure that hard hat is on right. I don't know why it's so imperative that we wear one, unless gigantic hunks of rock sometimes come hurtling down and pound people into the ground like a tent peg. 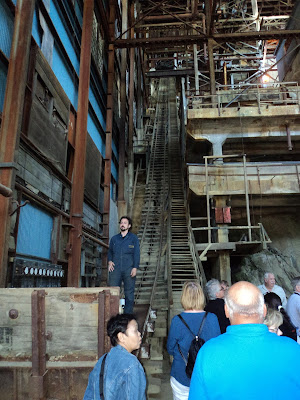 Now this was the best part. You can't begin to get the idea of the scope of this place - it is huge, cavernous, and like something out of a Terry Gilliam cartoon in its elaborate grotesquerie. They did something-or-other here. This is frequently used as a movie set, earning the facility a nice piece of change. This could double for any abandoned factory. It is both creepy and cool, and at one point I turned my head and kind of said, mentally, "hello". Someone was "up there", but I did not get the creepy feeling I sometimes get (like in that goddamn coffee shop in Vancouver that had been converted from an old warehouse). I think there is such a thing as a happy shade.

If you've read this blog at all, I mean followed it, and I just realized the "views" I get here are mostly from me going back in to edit the piece, you'll recall my Gershwin's Ghost experience. I am not a medium, but I do pick up strong impressions which were entire discounted by my so-called medium friend.

Then he died. Dropped down in his tracks, just like that. Funny, because I've never cursed anyone before. 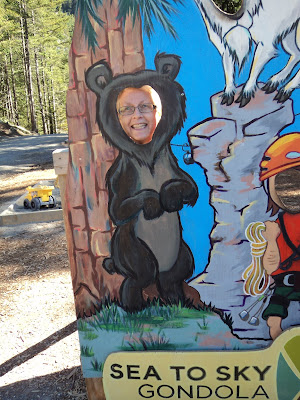 Special bonus video. Oh, all right - it isn't so special, but here it is.

Posted by Margaret Gunning at 1:24 PM No comments: