No guns, no shootings: are you crazy? 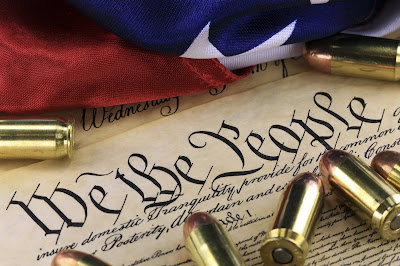 I just posted a Facebook comment, and how I wish I hadn't, in response to another comment, and how I wish I hadn't read it, by a guy who was blustering on and on about the Second Amendment and Constitutional Rights, etc. etc. so you knew where he was coming from without asking, and he says at one point, in all-caps of course, SO YOU MEAN TO TELL ME THAT YOU THINK IF ALL GUN OWNERS SURRENDERED ALL THEIR WEAPONS, THERE WOULD BE NO MORE MASS SHOOTINGS?

I answered, well, uh, sir, um. Uh, YEAH, that's the way it would be; if there were no guns, there'd be no shootings. Eh?

"What, what, what," I can hear him (and others of his ilk) spluttering. "That's - that's impossible. That wouldn't change anything! It would just infringe on our Constitutional rights!" 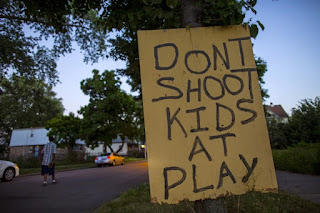 But it would. It would change everything.

Even though to many, many people, being without guns is unthinkable, it's thinkable. It is. People just haven't realized it yet.

There was a time when most Americans believed slavery was acceptable, if not desirable and/or an innate right. Then things began to change. Certain people began to speak out, people who saw it as an innate wrong.

Sometimes, when the time is ripe, history lifts up the right leader. So along came that cat named Abraham Lincoln. And then a funny thing happened. 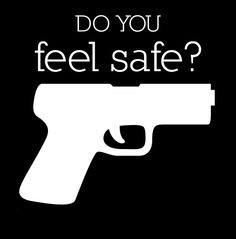 After a long and incredibly bloody war, during which one whole side wouldn't let go of their entrenched ideology and/or their weaponry, - POOF - or (bang!) - slavery was no longer acceptable.

In fact, slavery no longer existed. All the slaves were set free. All of them. At once.

That doesn't mean all the problems were solved, but the problems changed. Those former slaves needed/deserved to build decent lives for themselves, with the same rights and privileges as everyone else. The transition was so rocky that some people think it's still being made to this day. 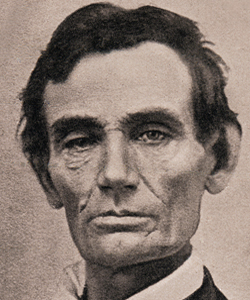 Am I making my point here? Slavery was acceptable - just a given. Could you do anything about it? Of course not. The commerce of an entire country was built on the backs of slaves, so why would anyone want to?

Then someone wanted to. Then a lot of someones.

Then slavery was unacceptable. Then a war was fought, and when the dust settled, it no longer existed.

New ideas or good ideas or shit-disturbing/revolutionary/incredibly simple and powerful ideas always start off as impossible/impractical or even insane ideas and have to be shouted down. Hey, we can't do that! YOU can't do that! It's - it's, well - we've just never done it that way! Or: it's immoral, or: God doesn't like it. Or it violates my Constitutional rights.

We can't get rid of all the guns!
Then we'd have no guns. NO GUNS?

(But that doesn't mean we'd have no shootings. Does it?) 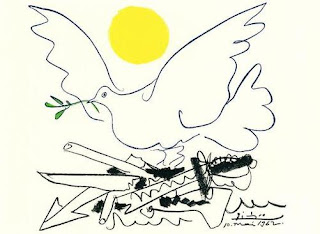 Afterthought. I like to tack on things I couldn't work into the main body of my post. I'm not sure how to say this one, but it's been rolling around in my head all day, and even before that - ever since the latest carnage/atrocity that destroyed dozens of valuable, irreplaceable human lives.

There's a lot of talk about the Constitution and the Second Amendment and the right to bear arms, etc., when the wording of the original statement seems so irrelevant to me that I have to twist it into a pretzel before it means anything at all.

But with all this talk of rights and freedoms, what about my right, your right, OUR right to peace of mind? What about being able to go to school or church or a night club without fear of being shot to death? We're beginning to think of these horrors as a fundamental fact of life, something we can't do anything about. 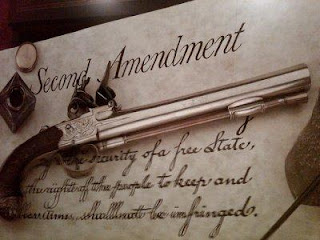 When that happens, we stop trying for anything better.

I have a right, you have a right, they have a right. WE ALL have a right to not have to worry about our kids and grandkids being killed, their future stopped. I remember a time, and it was not so long ago, when these things simply did not happen, when mass murder was so rare as to be almost unheard-of. There was no familiar pattern of groaning and sighing every few months: "oh God, not another one," and waiting to find out the sickening circumstances.

People are starting to act as if nothing can be done.

A gun can be picked up. A gun can be put down. It can be surrendered; confiscated; thrown away. The ammunition can be pulled out of it forever. 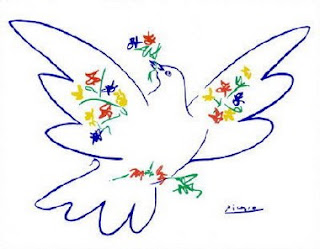 No guns = no shootings. Too simple; it can't be so. But how could it be anything but true?

Posted by Margaret Gunning at 9:48 AM No comments: