Baby, get your gun!

After a two-year old tragically shot his mother using her legally concealed weapon, the NRA have insisted such tragedies could be prevented if all two-year olds were given their own guns.

The incident took place in Idaho in the US, where children are forced to wait until their 8th or 9th birthday before being given a gun of their own.

The NRA have been quick to offer a solution to such tragic incidents, insisting there is only one way to prevent them in future.

NRA spokesperson Wayne LaPierre explained, “It might have been an accident, but would this toddler have reached into his mother’s bag for a gun if he had already been holding his own gun? Almost certainly not.”

“If the toddler had pointed his own gun at his mother, she would still have had her own gun at hand and would have been able to defend herself, saving an American life right there.” 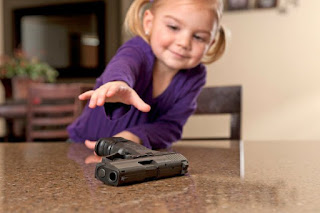 “Some in the liberal media would say targeting a small handgun called ‘My First handgun’ at children as young as two is dangerous, but I would say the only danger is not targeting them younger.”

“Once again a disarmed American is killed in an incident that could have been prevented had there been more guns available.”

Idaho residents have called the dangerous lack of guns in their young child’s livesan ‘accident waiting to happen’, whilst gun manufacturers have announced a new toddler line being added to their range this summer.

Gun salesman Chuck Williams told us, “You know, ‘My First Handgun’ is great product for the first grader, but it’s too big and bulky for your average kindergarten attendee.”

“We’re working on a new design that comes in baby pink that fits nicely in the palm of your average baby.”

BLOGGER'S NOTE. This is yet another example of my stealing an article, but it's too important not to steal, satire or not. Hey, I'm a Canadian and have neither seen nor heard a gun in my entire life. The only person I have ever known who owned guns had an antique rifle collection, and he never fired them. Maybe the majority of Americans are the same. Aren't they? God, how I hope so.

I watched an old Dateline last night in which one man shot another in a Walgreen's parking lot, because he found out the guy was diddling his wife. When he explained the whole thing to police, he said something like, "No, I never meant to shoot anyone. I saw this guy coming for me so I pulled out my gun, and then he pulled out HIS gun. . . " 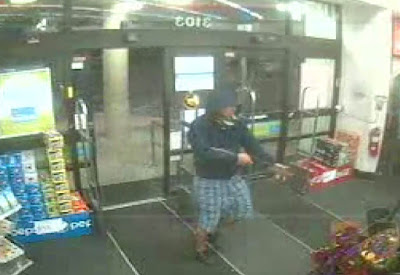 Because this guy was carrying around His Gun as a regular accessory, he had a deadly weapon instantly at hand, so his rival lay dead a couple of seconds later. If neither of these guys had been armed - if they had been dumb old Canadians meeting in a Tim Hortons parking lot to have it out over a love triangle -  this deadly incident would have amounted to a whole lot of  sweater-pulling and missed head-punches, like in an NHL game where the blows don't connect because of the ice. (Come to that, there probably WOULD be ice.)

We're not "better", but this attitude of arming everyone to "stop gun violence" - I've never heard of it around here. Ever. We feel sadness about all this, along with a lot of distaste. And fear. We fear being swallowed up, as we always have. 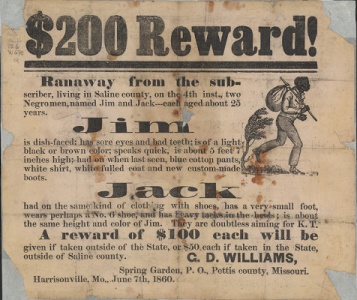 Canadians are often denigrated and our nation labelled third-rate. But look at the dynamics here. Canada is almost 100 years younger than the United States. Where was the States in 1876? Not exactly where they are now, at least in cultural sophistication. Canada's population is roughly 1/10 of the States - you heard that right, it's 10%, spread over a much wider geographical area, with a limited number of concentrated areas of population. It's a different setup altogether. Our history is vastly different, and vastly boring, with virtually no bloodshed, at least not among civilians. One of our greatest writers, Robertson Davies, was famously quoted as saying, "Historically, a Canadian is an American who rejected the Revolution". Not wishing to fight, these Loyalists and crazy Quakerish types just pulled up stakes and left. Headed North, like a lot of people do.

Thus, celebrities are already planning their escape to Canada if Trump becomes President. It could happen. Escaped slaves from the American South found safe haven in Canada (though I never learned my own city was a hub of such sanctuary until years and years later: the school system seemed to think there was something shameful about it). And what about the draft dodgers? I know people who are still living here who escaped the draft in the 1960s. "Hey-hey-hey, LBJ, how many kids did you kill today?" 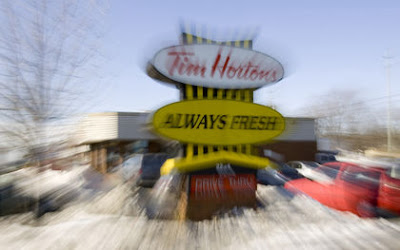 We're culturally different, and though (of course) there is violence, there are gangs (who get their hands on guns no matter what), murders, and so on, people are more apt to use clumsy methods like knives and clubs. Not exactly civilized, but a bullet is a bullet: when aimed just right, it is instantaneous death.

Don't arm the kids. Don't arm the men, or the women. Put down your weapons, beat your swords into ploughshares. Listen to us before it's too late. Dorky, powerless, boring old Canada, the nation without an ego, might just be on to something after all.

POST-BLOG REVELATIONS: Yes, there IS violence in Canada! But this is all I could find, one short article that was repeated over and over again. Somehow, "fighting for his life" had morphed into "serious but stable condition" by the end of the article. As far as I know, both men were OK, eh?, but boy were they pissed at each other until the cops got them to make up, and one guy bought the other guy a "donut" and a double-double. 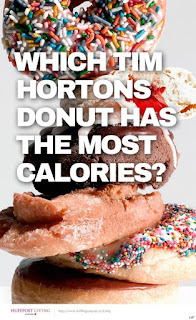 KINGSTON, Ont. — One man is charged with attempted murder and another is fighting for his life in hospital after an early morning knife fight at a Tim Hortons on Tuesday.

Police were called to the coffee shop just after 5 a.m.

They arrested a 30-year-man near the scene with a slew of charges, including attempted murder, weapons dangerous and two counts of breach of weapons prohibition order.

The 39-year-old man taken to hospital with stab wounds is in serious but stable condition, police said.

Police have not released names or what they thought was behind the early-morning coffee shop brawl.

BONUS STORY! No guns in this story at all! (Promise!)

It's the kind of story as Canadian as maple syrup - a northern Ontario man found a two-day-old baby moose on the side of the highway, picked it up and took it to Tim Hortons.

"She still had the umbilical cord and was still wet when I found her," Stephan Michel Desgroseillers of Copper Cliff, Ont., told Shirley Erkila, who posted a video of her petting the calf outside the coffee shop near Sudbury, Ont., on Monday.

"The wolves would have got to her," Desgroseillers said.

In a posting on the radio station Q92 Rocks Facebook page, Desgroseillers said he was the one who picked up the small calf and took it to the Wild at Heart Animal Shelter in Lively, Ont., but not before having to keep it for the night.

On his own Facebook page, he said the moose calf was "the sweetest thing ever except for the crying."

(I think I know how she feels.)