Would it KILL you to applaud?

I don't know Jenny Beavan from a hole in the ground, nor do I know anything about the Mad Max series, though judging from last night the franchise is more than thriving. But this! This is the height of ungraciousness  in an audience. This is annoying in that the clip only lasts 3 seconds and keeps repeating (sorry, folks, but that's all I've got!). But focus on those men sitting on the aisles - you know, the ones who aren't applauding a legendary costume designer who has just won an Academy Award.

Not. Applauding. At. All.

Take a look, furthermore, at their expressions, and we see: snickering; blankness; angry contempt; catatonia; more contempt, even more snarly and vitriolic - before we almost get to Julia Roberts, who, bless her heart, is beaming.

Costume designers usually dress badly. They look frumpy, like Edith Head, or sink into the wallpaper, like Stella McCartney. It's what they do; it's what we expect of them. Unable to keep up with the hopeless and overstuffed glamour of Hollywood's most narcissistic night, Jenny Beavan made a decision to dress however-the-hell and be comfortable. In fact, she went on record to say that, for her, this faux biker-Mama look was "dressed-up". 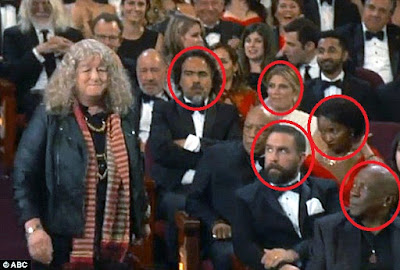 Stephen Fry, my favorite maiden grand-aunt, once pronounced Beavan a "bag lady", and it's true that she's laying on the anti-glamour pretty thick here. But the more I look at these unguarded facial expressions - the anger, the disgust, the refusal to even politely applaud - the more disgusted I am with the Hollywood glamouratti and their stick-up-the-ass brigade of tuxedoed snotheads.

Keep looking at this gif and it just gets more disturbing. Really, nobody is applauding her. I only see two people very feebly making an attempt, and everyone else is sitting there like stone. Two of the men have their arms crossed so hard, they would have to be pried apart with a crowbar.

What is WRONG with these people anyway? The message, raw and in your face, is "you don't look right. What the hell are you doing winning an award?" It's a non-acknowledgement, pretending that nobody's walking up the aisle, or else somebody made a mistake and let a real person in.

Fortunately she does not give a rip. This telling three-second clip says everything about them (and their hateful pettiness and spite) and nothing about her except a refreshingly up-yours attitude. 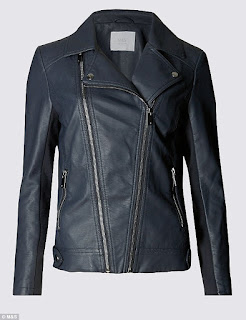 If Cate Blanchett had worn this, they would've called it a "bold fashion statement". 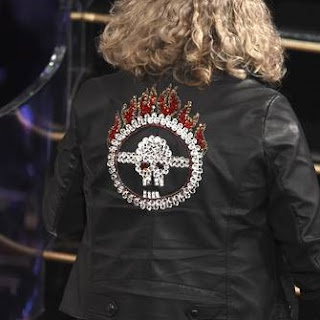 Of course! It's a Mad Max logo. As in Fury Road, as in "I just won Best Costume Design for this".

I here-and-now predict a massive run on these jackets. Marks and Spencer won't be able to keep up.

Posted by Margaret Gunning at 10:46 PM No comments: 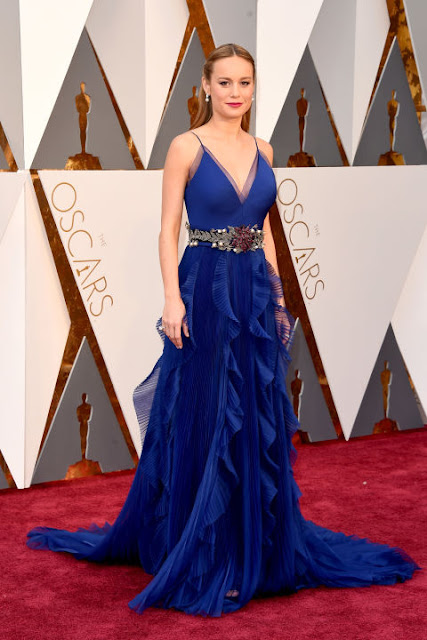 I didn't get far with the Oscars tonight, bailed on it well before the end, telling myself I could always watch it on my DVR tomorrow, commercial-free (which I probably won't). I did enjoy Chris Rock's razor-edged swordplay more than I thought I would; we've had far too many wooden or too-predictable hosts (and since when does a movie star know how to work a crowd? Most of these people have never even stood in front of an audience before!), so watching him blow on taboos that were already teetering on the verge of collapse was gratifying. 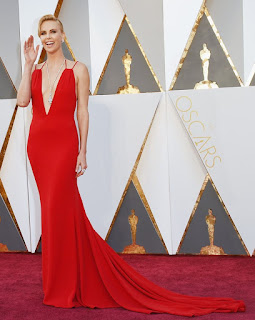 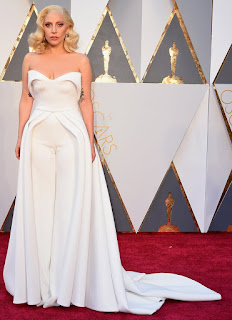 Blather about fashion usually supercedes - I won't say "trumps" because that word has been ruined forever - blather about Best Picture (which went, unexpectedly, to Spotlight, a glaring expose of a ruthless and rotten crime against humanity which festered underground for decades). More often than not I find myself groaning over the gown. Is Lady Gaga really wearing a dress AND pants? What's that red thing Charlize Theron has on, and how is it staying up there? 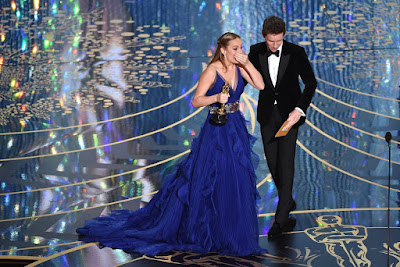 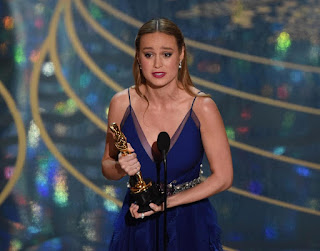 But soft - here's a dress, and one somebody put on their WORST-DRESSED list! This is Brie Larson, who won Best Performance by an Actress for a movie called Room. It's one of those ripped-from-the-headlines stories in which someone endures years of confinement at the hands of a demented sadist. The exposure of long-hidden atrocity seems to be a theme this year, unusual for Hollywood with its celebration of the callow and the shallow. Does this mean the motion picture industry is finally growing up?

Anyway, here's Brie Larson on the red carpet in a gown I absolutely love. Those little pleats and flounces, the way the thing drapes, the saturated jewel-tone colour - look, I am anything but a fashion maven and go about in sweaters and cords, but this thing - just look at it! It floats and drapes and just looks perfect. The belt is to die for. I wish I could see it up close. Doesn't seem fair that someone so accomplished could look this beautiful, but there it is. 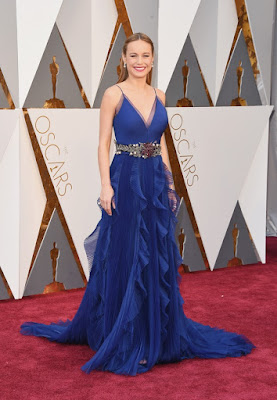 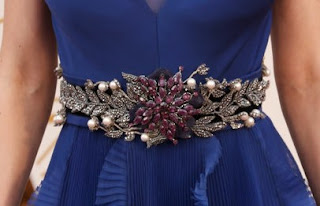 MY red carpet moment will come when someone finally wants to make The Glass Character into a feature film. Hell, it could happen, couldn't it? When it does, when I'm sitting in the audience waiting for them to announce Best Adapted Screenplay, as they read the winner while Ron Howard gives me the thumbs-up, it won't matter a dingity-dong what I'm wearing because I'll be in such a trance of happy unreality.

Didn't it start out just as an idea in my head? And end up as a book 49 people bought - if that - because I just don't have the magic secret of how to write a bestseller? But never mind. It took Kirk Douglas TEN years to get anyone interested in his screenplay of One Flew Over the Cuckoo's Nest (one of my favorite movies: mental patients as fully-realized characters, gutsy, funny, crazy in their woundedness, wounded in their craziness), and by the time Milos Foreman finally signed on, Douglas was too old to play Randle P. McMurphy and they had to bring in Jack Nicholson. 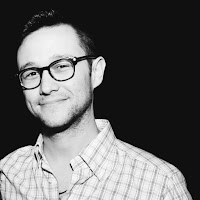 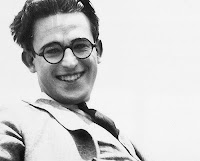 They can bring in anyone they want, as far as I am concerned. Anyone. But I want Joseph Gordon-Levitt, even though he looks nothing like Harold. He has the chops, and the twinkle, and the bust-out energy and impudence and charm, and I know he could pull it off. Being an A-lister, I'll probably have to get Ron Howard on-board first before we can sign him up.