One of the great voices in pop music - in ANY kind of music - was silenced a couple of years ago by Parkinson's Disease.

But there's more to this posting than that sad discovery. Something used to happen - on and off - for years and years. I'd be standing in a store and a song would come on the p. a. system, or whatever you call it, that music in the background which is usually either sappy or irritating.

The passion of it, the yearning, would root me to the spot. This wasn't in an era where you could easily identify a piece of music, or identify it at all. I would only get a snatch of it, with all the noise and jostling of a busy store. Then years would go by, and I'd try to forget it.

Then it would happen again.

I assumed I'd never find out who sang this, and then, through the unlikely and almost magical arabesques of YouTube, I somehow found my way back to it last night.

I saw the title, saw her picture, and for some reason, a light came on.

That's the song. I knew it before I even played it.

It's a Roy Orbison song, which explains the yearning, and the almost tango-like rhythm of it with its Latin flavour.

It fits Ronstad's incredible voice  like a hand in glove. 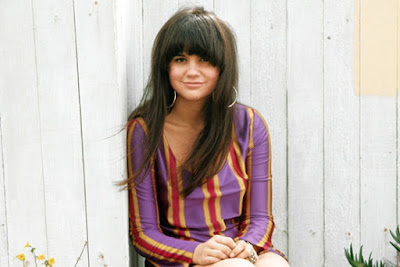 I remember her first hit with the Stone Poneys, A Different Drum, famously written by Mike Nesmith, either pre- or during- or post-Monkees. That voice! The clarity, the cut-crystal vibration, the passion. After that initial hit, she quickly developed a career in her own right.

You see her now in interview, and she isn't able to sing any more. Tragically, her voice deserted her when she was on stage, unable to produce anything but "barking". She's still Linda Ronstadt, and she doesn't look like she has done anything to her face, leaving her with the most naturally-beautiful skin I've ever seen on a woman of nearly seventy. No, her neck isn't taut and firm, and she has gained some weight, but why is that considered such a tragedy? She always had a roundish face even when she was young.

I also saw an interview with Darryl Hannah, who unfortunately looks grotesque now. The entire upper half of her face is dead from Botox: smooth, flat and immobile. Her eyebrows never move. Watch a normal person in conversation, and eyebrow movement, however subtle, is very much a part of the face's animation, particularly the expressiveness of the eyes. 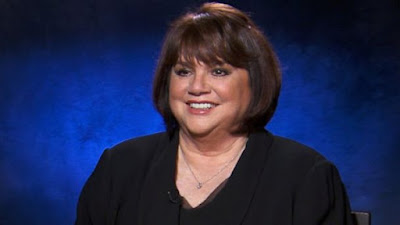 With eyebrows and forehead completely frozen, it creates a creepy Day of the Dead feeling as the lower half of the face still tries to move. But it too will have been hauled up and tampered with. As a person ages, the muscles begin to sag and pull at the tightened skin in odd ways. Skin is supposed to age along with the underlying structure, and if it can't, you get a disturbingly squirmy look. This is even worse than that House of Wax immobility which is considered so desirable. When it gets really bad, as the person reaches their 60s and 70s, the mouth sinks into the face and becomes a horizontal slit, almost Muppetlike, with the smile going sideways. Eyes sink into the exaggerated cheek implants as if they're peeping out of deep caves. And let's not get into the fat, blubbery lips that are supposed to look so sexy: the instant you see them, you think, collagen. It's hard to believe that anyone could find this macabre look appealing, but stars pay hundreds of thousands of dollars to have it done to them. No doubt plastic surgeons convince them they look great, and a glance in the mirror might seem to prove it. No one checks how they look when they're talking. 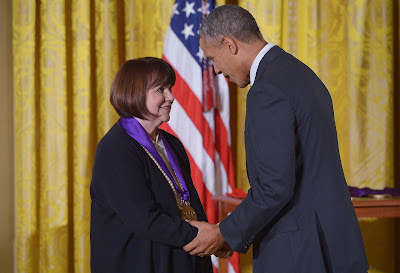 But Linda, fortunately, does not seem to have done that to herself. Fate has done enough to her, I suppose, in taking away her voice.

I have had a modest recovery just lately - I won't say what those things are, because to you they might sound laughably small. But added together, they make me feel that perhaps I have not been as devastatingly robbed as I thought. Maybe not the entire the rug has been pulled out from under me.

So I got this song back, this haunting song so full of thwarted desire. It took years and years, and it happened by a combination of accident, and strange magnetism.

But it's back, and now I know who it is.