It is not the critic who counts 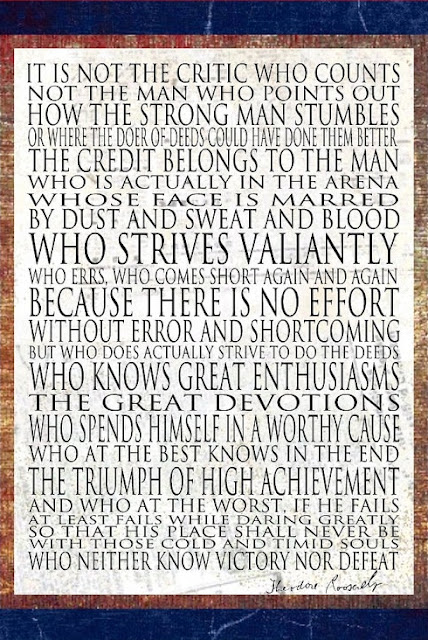 Posted by Margaret Gunning at 11:05 PM No comments:

Blingees didn't exist back in 1990, but I did. I don't mind telling you I was hanging by a thread. It wasn't just alcohol that threatened to finish me, of course. There were other factors that I still struggle with on a daily basis.

But a quarter of a century has gone by, and I haven't needed to drink. Imagine that.

I come from a very long line of drunks, Irish on one side, English on the other. My paternal grandfather and my father were severe alcoholics, and my two uncles on my mother's side were falling-down drunks. I watched this behaviour practiced daily all around me, but was also sucked in at around age 15, when my parents began to fill up my wine glass at the dinner table. And refill it. I gratefully drained it, needing no genetic encouragement. 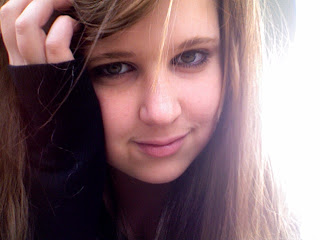 I remember I went on an Oxfam walk back when they were 30 miles long. I finished it, but was so exhausted I was crying in my room. My Dad, ever compassionate, brought up a double shot of whiskey and said "here, this'll make you feel better". At least once, my sister did the same thing. I think I was 13 years old then.

Not much later came the drunken parties that my older siblings (5, 10 and 13 years older, respectively) took me to, where I was the mascot, encouraged to get shit-faced and groped by a great many married men 20 years older than me. Some of them had wives in the next room.

When I finally began to find my way to recovery at age 36, the family felt intense shame - not that I was alcoholic; they pretty much knew that. No, the shame came because I went so whole-hog into recovery, revealing (at least to my fellow AA members) that I was seeking a better life through sobriety.

Imagine. Our daughter. . . being in . . . AA. THAT was the shame, the excruciating thing, the thing that made them squirm. No one in our family should ever land in that place.

I shouldn't be dwelling on the roots of this thing, but the fact that I did get better. But it was a hard battle, and I finally had to leave those people behind. They seemed to be completely oblivious to the damage they had done, and in fact probably continue (those of them that are still alive) to believe they were doing me a social favour by allowing me to go to those parties. 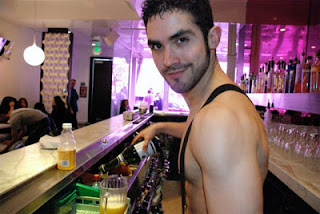 I realize now that it was a miracle I didn't get pregnant, or just kill myself. (I do remember both my parents yelling at me, "Go ahead, then! That's what we want!" This is no lie, nor is it even exaggeration. It is reporting, which is what all writing actually is.) One of the guys who hit on me, 35 and married, used to date me, take me to movies, send me roses to the house, which my parents set on the dining room table. They knew about all of it and did/said nothing.  Later on, unemployed and bereft of family and awash in alcoholism, the guy put a bullet through his head.

So this is where I came from.

"You can't give away what you never had," the truism goes. Nonsense! I am 42 years married now to a wonderful man. He is the best person I know. I did my level best with my kids, though I am sure I made major mistakes. But I KNOW I am an awesome grandma, I need no one to tell me. It's my life's sweetest reward.

AND I DID IT ALL SOBER.

POST-BLOG THOUGHTS. As usual, I have something to say about this. I realize I come across a bit smug. All right, a LOT smug, as if I didn't have any help in doing this. I did, and it was hard, because I often felt the program of recovery was rigid and dogmatic. But hey, I'm sober today, as they like to say. I did have to schlep myself to all those hundreds and hundreds of meetings. Now I barely think about alcohol. To constantly "tell my story" and go on and on about the horrors of boozing doesn't help me move away from booze. It rubs my nose in it over and over again. Somehow I think it's more helpful to move on and just brush the thought aside, which gets easier over the years. To obsess over it is to set yourself up to fail. At least, that's what I think.

Posted by Margaret Gunning at 10:50 AM No comments: 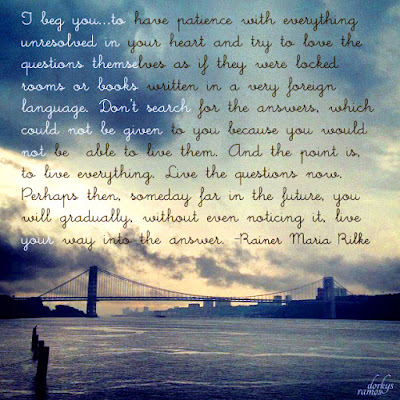 By the power of grace and with the help of some wonderful people, today I celebrate 25 years of sobriety. I can remember what 25 days felt like, so it amazes me that this much time has gone by. Personal transformation is a long hard road, with many a winding turn, most of which we can’t see coming at all. I can’t control the vagaries of Fate or the sometimes-traumatic emotional turns of my life, but I CAN choose to be sober today. It has given me my life back, and continues to be the best choice I can make.