Posted by Margaret Gunning at 11:48 PM No comments:

You gotta walk that lonesome valley 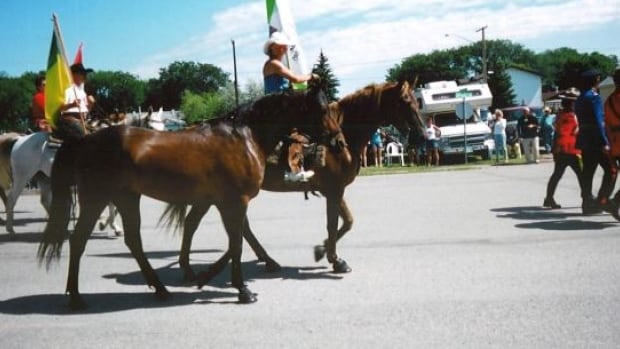 As a child, Nordin had to deal with her mother's bi-polar disorder. Her mother would fly into rages for days at a time, then swing into an unpredictable manic state.

Several years ago, Nordin was diagnosed with bi-polar disorder herself. 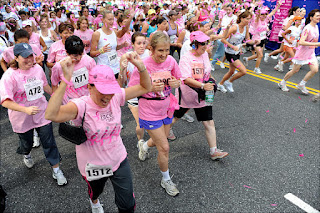 
Now, she's riding her horse almost 300 kilometres, between the villages of Clavet and Buchanan, to honour her mother--and raise awareness.

"I still struggle with the stigma," said Nordin. "Stigma is the number one problem for any kind of mental illness or addiction to get help, because there's so much pressure, internally and externally to deny what you have." 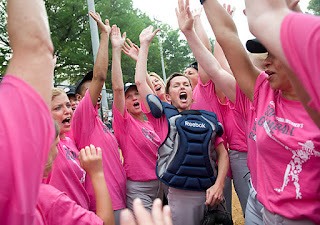 
She hopes that the ride will change that.

"Now, I've gotten to the point where I've come out of that closet," she said. "If I can take the brunt for somebody and be the spokesperson that it's not so bad, once you come out, you might find that you have more support than you thought."

Nordin first started noticing there was something different with her mother when she was seven-years-old.

"I just remember mom not being super safe or super stable," she said. "She was sleeping a lot when she was in a depressed stages, and when she was manic, she was just fast and unpredictable."

Then -- she was diagnosed in 2009 with bi-polar disorder. 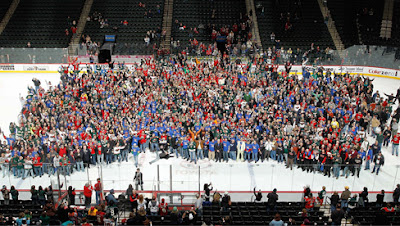 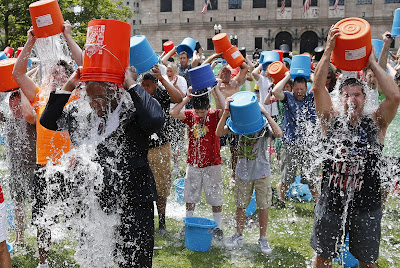 
"I had certainly had episodes before then that I didn't really realize or want to see," she said. "Accepting my diagnosis meant, to me, in the back of my mind, that I had to be like my mom."

Nordin said she has a strong support team surrounding her. Still, she admits that her disorder is a struggle. Just a few days ago, she was admitted to Saskatoon's Dube Centre, to stave off an episode.

"In the past, I didn't let anyone know until the middle of it, and then I would be hospitalized and drugged," she said. "In the past, it's been about a month that I was hospitalized. But this time it was only a week."

She plans to go on her ride this weekend.

BLOGGER'S COMMENTS. As with Clara Hughes, we have one incredibly brave woman here: brave not just because of what she has endured, but because she is willing to ride that lonesome valley to make others aware of people's suffering.

Cancer awareness is big business now, and no one ever says anything against it or how the funds are raised. But I did hear this about Clara Hughes and her magnificent (lone) cross-country cycling journey for mental health awareness:

"Oh, great. Now the crazies want to get in on it."

"The crazies". People with mental illness still have that dungeon chill about them, that sense they should be "put away", at least symbolically, because they're frightening, dangerous, and a source of shame. How bizarre to even think of having a rally or a run to benefit them! The kinds of jokes that would probably result make me shudder.

There is lip service paid, but not much else. We constantly hear people who haven't suffered from it exhorting others to "reach out for help!", when for the most part the only "help" is hospitals with no beds and therapists with months-long waiting lists (not to mention misdiagnoses, mismedication and general insensitivity in the medical community). Why so many holes in the system, I wonder? The bucks aren't there. No one is motivated to donate or fund-raise because of the (and how I hate this word!) stigma. No rallies for whack jobs, thank you very much.

Look at the multiple millions the breast cancer movement has hauled in - though only a small percentage actually goes to research. The rest is for running that vast juggernaut, the "pink" industry. As for mental health, have you ever pressed a few bucks into a bucket for this particular cause?

Can you imagine the mentally ill being seen not as whack jobs and nut cases, but warriors and heroes?

Why just one woman on a horse? Where are the pink tshirts, the ice buckets, the millions of dollars, the cheers?

Because people don't feel comfortable. Let's not let the crazies in on it. Who knows what Godforsaken group of people might be next. 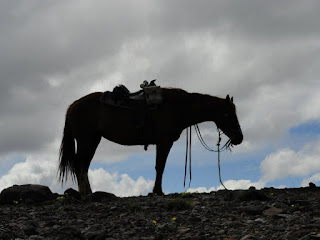 Words and Music by Woody Guthrie

Some people say that John was a Baptist,
Some folks say he was a Jew,
But your holy scripture tells you
That he was a preacher too.

Daniel was a Bible hero,
Was a prophet brave and true,
In a den of hungry lions
Proved what faith can do for you.

There's a road that leads to glory
Through a valley far away,
Nobody else can walk it for you,
They can only point the way.

Mamma and daddy loves you dearly,
Sister does and brother, too,
They may beg you to go with them,
But they cannot go for you.

"Curse the blasted, jelly-boned swines, the slimy, the belly-wriggling invertebrates, the miserable sodding rotters, the flaming sods, the snivelling, dribbling, dithering palsied pulse-less lot that make up England today. . . . God, how I hate them! God curse them, funkers. God blast them, wishwash. Exterminate them, slime."

-- D.H. Lawrence's reaction to a London publisher's rejection of "Sons and Lovers" due to its “want of reticence.”

"From the earliest times the Welsh have been looked upon as an unclean people. It is thus that they have preserved their racial integrity. Their sons and daughters rarely mate with humankind except their own blood relations.”