Sparkledick: Idiot of the Year


And now, for something completely different.

Posted by Margaret Gunning at 8:00 PM No comments:

The Mental Patient Halloween Costume: fun in the psycho ward 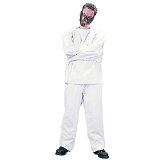 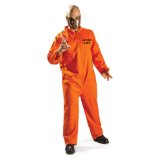 Rubie's Costume Psycho Ward Inmate Costume
by Rubie's
$17.78 - $31.99
Some sizes/colors are Prime eligible
2.9 out of 5 stars 7
FREE Shipping on orders over $35
Product Features
... every costume occasion Whether it's for halloween, a themed ...
Clothing, Shoes & Jewelry:See all 4 items 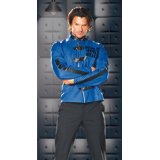 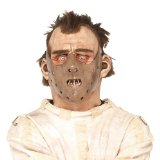 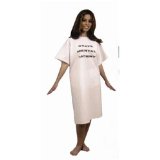 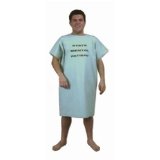 
Blogger's Report. It seems to me that I was just about in the same place as this a year ago. This time I sincerely hoped that Amazon was no longer offering mental patient Halloween costumes, but here they are in all their horrendous glory. Horrendous because they're mocking and making fun of a suffering sector of humanity, and I don't believe any other minority group in that category would receive this kind of contemptuous treatment. Nor would it be tolerated. 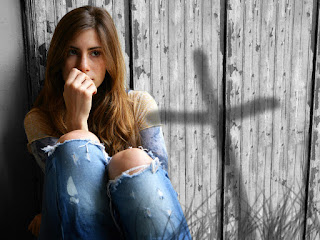 But it's still OK! It's still OK because it isn't real. These aren't real people, obviously, or if they are, they are society's throw-aways and thus fair game for this kind of dehumanizing treatment. People really do think this sort of thing is funny and that there is nothing at all wrong with it: it's all good clean lighthearted fun.

Thus Fun World Costumes can offer a Men's Maximum Restraint costume with accessorizing clothing, shoes and jewelry. We have Rubie's Costume Psycho Ward Inmate Costume - and as I write this I have a certain sinking feeling that's hard to describe. The Hannibal Lecter mask, I guess considered OK because it represents a movie character, is for Age 10 Years and Up, for some reason, and there's a p. s.: "Just add a straight jacket for an easy costume." The Adult White State Mental Patient Gown Costume is tagged "shed all the doubt surrounding your mental clarity", but the green version is, unfortunately, currently unavailable. 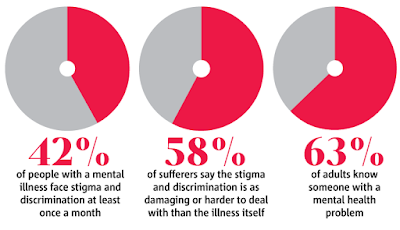 It seems to me that right now,  mental health issues are where gay issues were in 1970. Not even peeping out of the closet yet, because most of society seems to feel that mental illness, at least mental illness requiring hospitalization, is a topic for contemptuous hilarity. They cannot even begin to imagine the shame that surrounds this subject, the sense that one is useless, worthless, even feared.

There was a time when cancer was only whispered about, and people who had it were always described as "cancer victims". Now they're survivors, heroes, warriors, that sort of thing. But the "mental patient" is still seen as a broken-down wreck who is fair game for mockery because he or she doesn't really qualify as human. 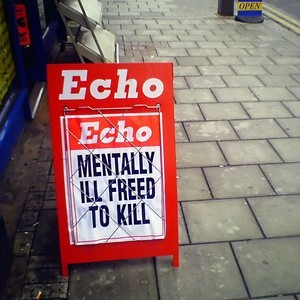 It would be no good saying my beautiful brother Arthur died from the homelessness brought about by schizophrenia, because he didn't count either, supposedly. He counted to me, and saved me from dying from a toxic childhood. But he drifted loose, there was no help for him, and now, some 35 years later, I am sad to say that things have hardly changed at all.

When someone like Robin Williams dies of despair, we start jumping up and down and furiously telling people they should "reach out for help". I am here to tell you that in the vast majority of cases, there isn't any. What passes for help is contempt, or at very least disdain, being treated like a nuisance or a handicapped child. 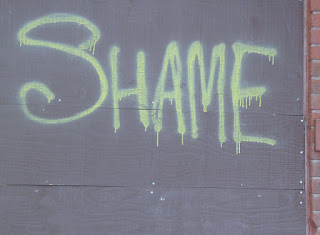 I don't get into this "telling my story" stuff much except through fiction. It's boring and it puts people off. People don't care, frankly, how I fought my way back to health, so I won't tell them. The feeling is that I never should have been that way to begin with. Maybe true, but that's how it went down.

Do I sound bitter? About this, yes, I am. Not about everything. What has worked in my life has worked, and is precious to me. It has been what I needed, but seldom what I wanted. Meantime I keep seeing shit like this, and it dismays and infuriates me that it's still acceptable, or at least tolerated. There are no penalties, and year after year, there it is again.  If you object, there is a sort of bafflement, or an accusation that you have no sense of humor or are just plain oversensitive. 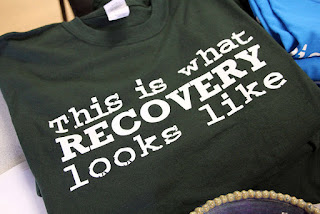 May I just wind up by saying that it's not helpful to refer to psychiatric facilities as "psycho wards". That's something out of a Stephen King movie. It's not helpful to dress up in an orange gown pretending to be someone who is probably in unimagineable pain and may have been completely abandoned (though I cannot imagine why). I honestly wonder if things are going to change in my lifetime: I think not, and ten years from now we'll have ever-more-mocking, insensitive portrayals of "psychos" from state hospitals, not really serious of course, oh no, all in good fun, except, hmmm, maybe you'd better not show these things to people whose loved ones have committed suicide. 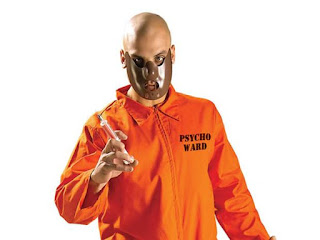 POST-POST THOUGHTS. I had this thought about a new sort of Halloween get-up: the Cancer Victim Costume, complete with shaved head, pale makeup for gauntness, IV pole, bucket for nausea (and maybe some hilarious fake barf), scars from ineffective surgery, and then, finally, a tombstone with the victim's name on it. Would that go down well, do you think? Well, why don't you find it funny? I think it might go well with the signs that appear every year on my neighbor's front lawn: THIS WAY TO THE LUNATIC ASYLUM and DANGER! ESCAPED MENTAL PATIENT!

Gotta watch out for those crazies . . . you know?

Posted by Margaret Gunning at 5:27 PM No comments:

But how do I explain this to the kids?

The most extreme of the Yes, Yes, Yes ads. And she's only smelling it.

Posted by Margaret Gunning at 12:50 PM No comments:

This ad came out in the 1970s, when women were just discovering the joy of self-sex through AA batteries. Then came Tickle Me with the Big Wide Ball.

Keeps you wet all day. Make yourself happy.