Skeletons in the Rectory: the Horsburgh Affair 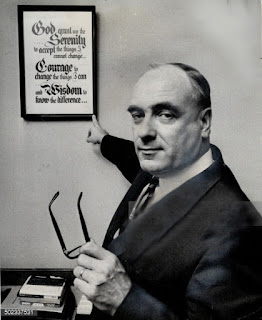 I don't know why I started digging for this today. It was like excavating through a thousand layers of decaying horseshit. I've written about this before - the scandal in Park Street United Church in Chatham, Ontario, in the mid-'60. This episode, which found its way in fictionalized form into my second novel Mallory, involved  the  Rev. Russell Horsburgh, a charismatic but fanatical minister charged with "improprieties" with a young people's group. After being found guilty and doing some time in jail, he latched on to a good lawyer and had the conviction overturned.

I was ten years old when all this happened, so I wasn't in the young people's group, but I remember Horsburgh and the fear and hatred he inspired in his congregation. My parents in particular found him repellent. I remember standing outside the church after choir practice and hearing drunken teenagers yelling for "the Rev", which was his nickname with the kids. These kids weren't tipsy, they were holding each other up, vomiting-in-the-bushes drunk. One kid called another kid "Boozy Bozo". Do I have a memory for this sort of tiny detail? Trust me, I do.

I was good at overhearing things in those days, mainly because nobody would tell me anything. I remember my Dad's best friend calling him a "psychopath", and my mother saying, "well, you know what they found upstairs in that apartment. Empty whiskey bottles. . .and worse." I didn't understand the reference then, but I am assuming, from my slightly more sophisticated perspective today, that she meant condoms, no doubt used. 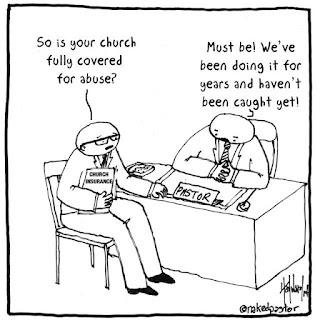 I believe those kids, and I believe what they tried to say in court, but it's obvious to me that they were bullied, intimidated and made to feel foolish. They were also shamed. No doubt there was a taint of immorality, of "looseness", particularly among the girls, and lack of moral propriety. After all, a minister couldn't encourage kids to do things like that. It just didn't happen. It was a no-contest as far as power was concerned. These kids didn't remember things because they were told not to remember. But I saw them, I was there in the midst of it all. I heard the murmurings, and I know all this stuff really did go on.

I found another article in the Ottawa Citizen from several years later, recounting Horsburgh's triumphant return to Chatham for a dinner in his honour. His loyal supporters (these people always have them) sang "For He's a Jolly Good Fellow, and referred to the "utter garbage" spewed at the trial, all of it meant to maliciously drag his innocent name through the mud. I remember the last names of some of the people mentioned in the article - names I have not heard in a very long time. They were people my parents profoundly disliked. 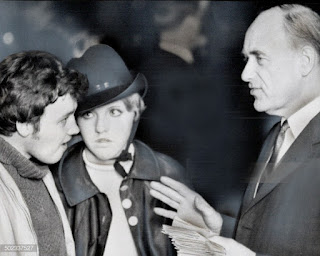 I was able to lift this fragment off a newspaper morgue site, but the only way to obtain the other one - noisome as it is - is to transcribe it off the computer screen by hand. I can't even do a capture. Trust me when I say that at his victory party, Horsburgh was drooled over for FOUR hours, while he smiled to himself, realizing that he'd gotten away with the whole thing.

CHATHAM, Ont., Sept. 21 (UPD)  A witness said today it was common knowledge among the young people at Park Street United church that the apartment above the minister s office was regularly used by teenagers for sexual intercourse.

The testimony came from a 16-year-old youth in the government's case against the Rev. Russell D. Horsburgh, 45, rector of the church. 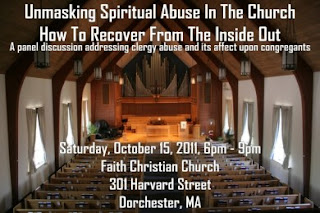 The rector is charged with eight counts of contributing to juvenile delinquency by encouraging and supplying accommodation for teenagers to indulge in sex parties.

Earlier in the day, the boy's 14-year-old girl friend broke down during cross-examination by Cy Perkins, defense counseL

The youngsters testified that in mid-March they went to the minister s office and the cleric told them there was nothing wrong with sex if it was done correctly.

"Everybody's doing it," they quoted him.

In giving her direct evidence, the girl told the prosecution that the minister read a booklet about sex to them, and that the youth said he would like to try it. She said she was frightened, and the Rev. Mr. Horsburgh told her there was nothing to be frightened about. 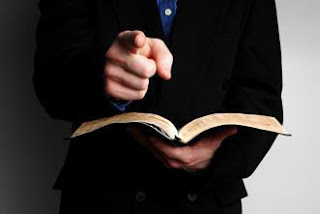 The girl said that she and the youth went upstairs into the apartment directly above the minister s office and had intercourse.

In cross-examining the girl, Perkins asked if she remembered what the minister read to them. She said no, only that it had something to do with sex. Perkins produced a United Church booklet which contains what the church believes to be the Christian attitude toward sex and marriage. Perkins asked:

Is this the booklet he read from?"

"I don't know, I don't remember," she replied, and broke into weeping and had to be taken from the courtroom for 20 minutes. When she re- turned her mother was at her side, and remained there dur- ing the rest of her testimony.

The girl was on the stand for 2 hours, and took up the entire morning session and part of the afternoon.

Her boy friend testified this afternoon, saying that "everyone knew what the upstairs room was used for," and that "the reverend got a kick out of it." 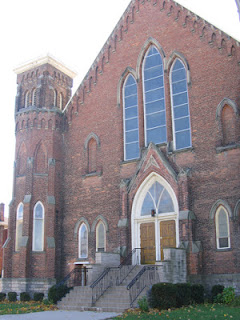 The youth also told of an occasion at a church dance when he said he had seen two people leave the dance and go to the apartment. He said that he informed the Rev. Mr. Horsburgh, and that he and the minister "snuck up the stairs" to the apartment, turned on the lights and found a boy and girl indulging in intercourse.

The Rev. Mr. Horsburgh sat beside his attorney with a pad of paper, taking notes on the testimony, and at times looking with a slight smile at the witnesses.

CODA. I will transcribe the end of the Ottawa Citizen piece, because it makes me want to scream. In an "eat crow" gesture, Horsburgh claims he will return to Park Street United, making the jaw-dropping statement that he fully expects "reconciliation" with the congregation (meaning, forgiving and forgetting the whole thing). His reasoning is, he got off, therefore he must be innocent, and the church owes him this reconciliation because they now have to admit they were wrong. They owe it to him because they're supposed to be good Christians, after all, so how can they let this wrongful accusation continue to hang over his head? The truth has triumphed at last, so to feel any other way than welcoming is uncharitable and even mean-spirited. For God's sake, they should get over their pettiness so he can return to Park Street United in triumph! 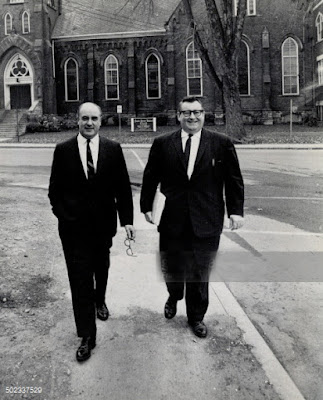 Dig down one more layer in the Horsburgh horseshit, and you will see a self-protective agenda: if he "reconciles" with these people, and may God forgive them if they aren't willing to do it, he's less likely to suffer from any more accusations of wrongdoing. The boat could yet spring another leak as deeper abuses emerge. In these cases, even today, we generally only see the tip of the iceberg. Just twist it around like all abusive thugs do, turn the onus on the people to be good forgiving Christians, and they will likely keep their mouths shut forever.

POST-BLOG THOUGHTS. When I saw these three photos of Horsburgh, they nearly made me jump out of my skin. The first time I tried to find anything on him on the net - ANYTHING - I came up empty. Then years later, a postage-stamp-sized, grainy black-and-white picture. No articles. It took a hell of a long time to turn up anything from this sealed tomb of corruption. Finally I dug up a very detailed two-part article in the Chatham Daily News, and while it was overly sympathetic to Horsburgh (mentioning that he was about to welcome black families into the church and was shouted down), it did fill in a lot of details that made the mosaic of my memories more coherent.

Now we have these crystalline things, and where on earth did they come from? This man was completely forgotten. To see his face again was very disturbing, for he looks exactly the way I remember him. I take it he never "reconciled" with Park Street; that gullible they were not. By then we had long ago moved on, and attended a Baptist church for two years, one of the most hair-raising experiences of my life.

But that's for another day.

I will recount one bizarre piece of memory. Every week my family had something newly scandalous to grapple with, thinking they were out of my earshot, but my earshot was big as a satellite dish. One week the church bulletin looked very strange indeed. One whole page was covered with typewritten x's. I mean, the whole thing. My 20-year-old brother Walt, who thought the whole thing was just one big hoot (he never attended Park Street) held the bulletin up to the window and saw that there was text under the x's:

“You ungrateful people should be ashamed of yourselves. . . . I am sorry I ever freed you from the tyrants and the papists. You ungrateful beasts, you are not worthy of the treasure of the gospel. If you don’t improve, I will stop preaching rather than cast pearls before swine.”
It was signed:
Martin Luther
Russell Horsburgh