The lonesome death of Margaret Gunning 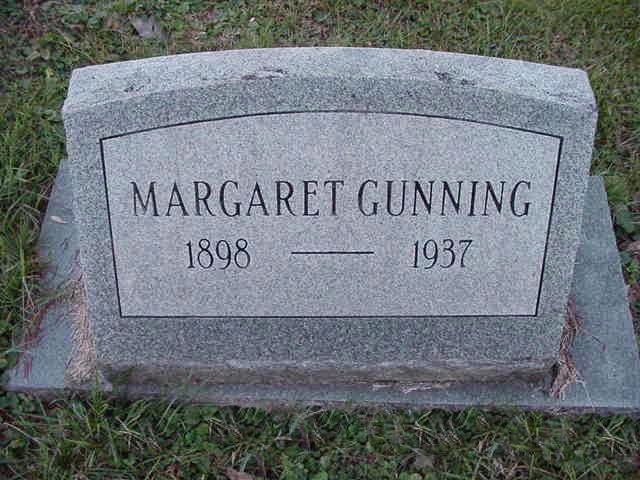 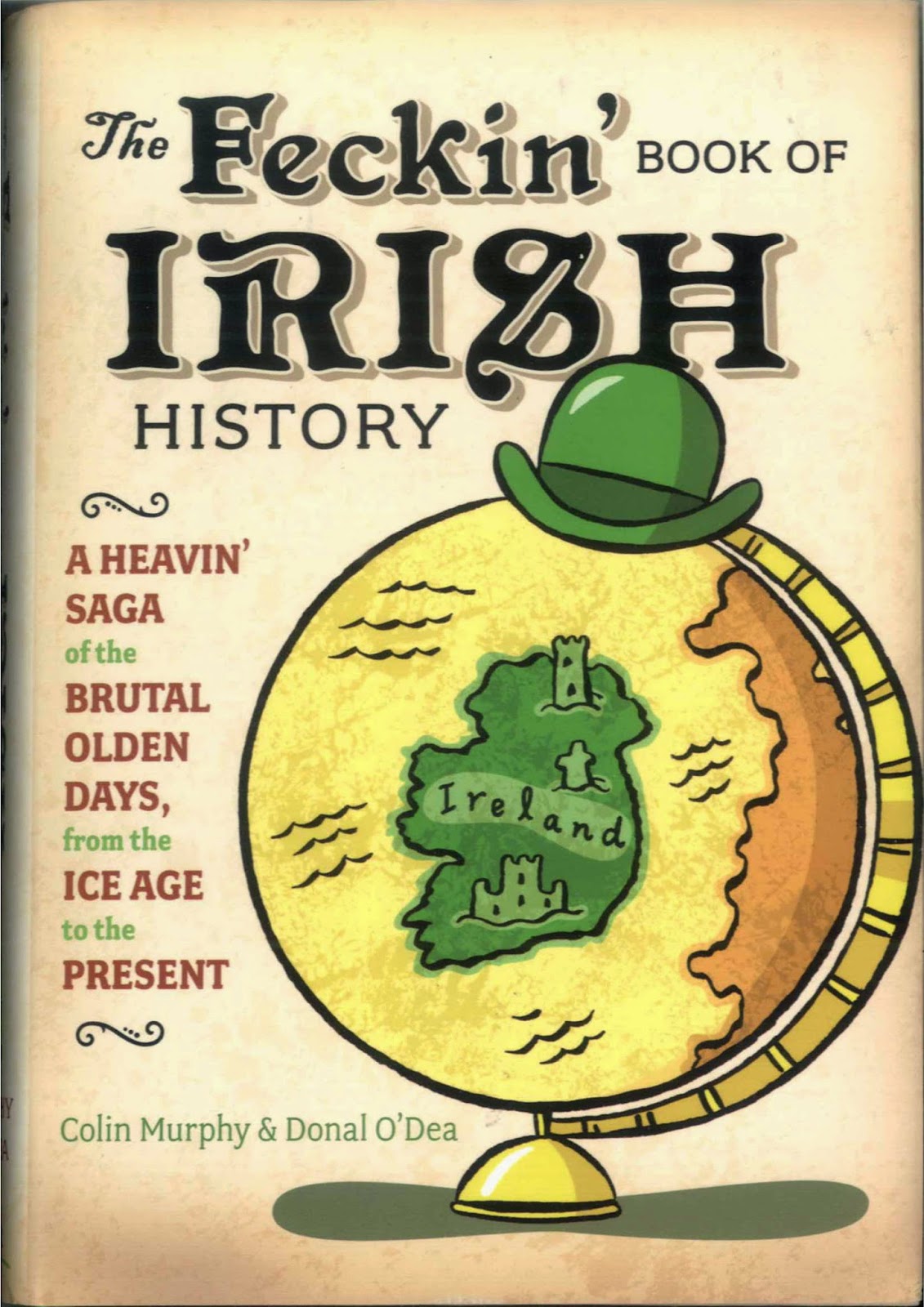 Tonoyt, whuyl lookin for summut else, oy stumbled on dis rahther incrahdible recahrding: a podcast, the tuyp-o thing oy never bahthers wid.
OK, I'll translate. Tonight, while looking for something else, I stumbled on this rather incredible recording: a podcast, the type of thing I never bother with.
It's a dark and dank and somewhat creepy story of a woman unjustly convicted of "murther", and publicly executed in 1832. I wasn't going to listen to all of this - it's nearly an hour long, after all, and wouldn't it be dull? Hell no. It's enthralling, for two reasons:
(a) it's hard not to be enthralled when you hear your own name every one or two minutes, as the accused perpetrator of a grisly murder;

(b) the accents are remarkable. There must be seven or eight varieties, from the softening and darkening of vowel sounds and hillocky lilt, to an almost nose-snorting sound, like a horse breathing, or rather a "harrrse". Impossible to reproduce here, almost an "iggerant" sound, or, as me sainted grandma used to put it, "rather common". 1832 comes out something like "aihhyt-tyeen toirrty-twoo". A "th" sound comes out more as "dh".  "Mother" sounds, weirdly, like "mudh-der", the consonant sound breathily drawn out.
If Ireland is anything like England, and any good Irishman would flatten me for even suggesting it, there is a plethora of accents and even dialects there, overlapping, layered, and bound up in things like heredity, geography, education, money and power, and (that awful thing that is not supposed to exist) "station" in life.  Each voice, each person interviewed in this thing may have come from a different part of Ireland, but the variety of sound transcends mere location: it's as if this Ireland consists of showers of sparks or bubbles of radiant light, each expressing the soul of an individual, yet all from a common source. 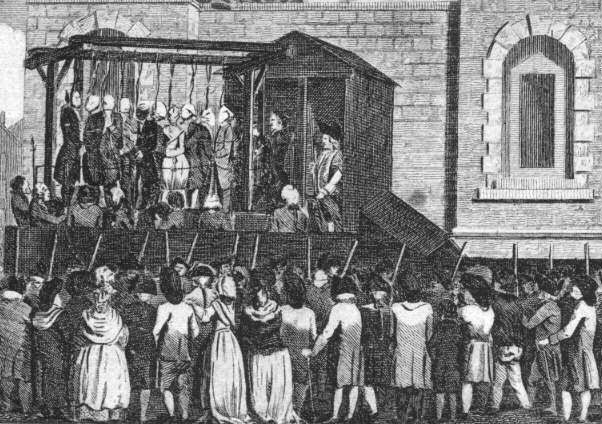 It's a funny thing, too, that as the documentary attempts to piece together the sad, brief life of Margaret Gunning, nobody seems to know very much: "no idea" and "never heard of" keep popping up, as if she and her kin somehow just fell off the face of the earth. Most likely, because she was poor and powerless, few or no records were kept. Weirdly, some of her forbears were tinsmiths and tinkers, a trade that for some unknown reason was looked down-upon, even despised. I happen to know that, because my great-grandfather on my mother's side was one. We still had a few of his artifacts floating around the house, cookie cutters mostly, one shaped like a greyhound. 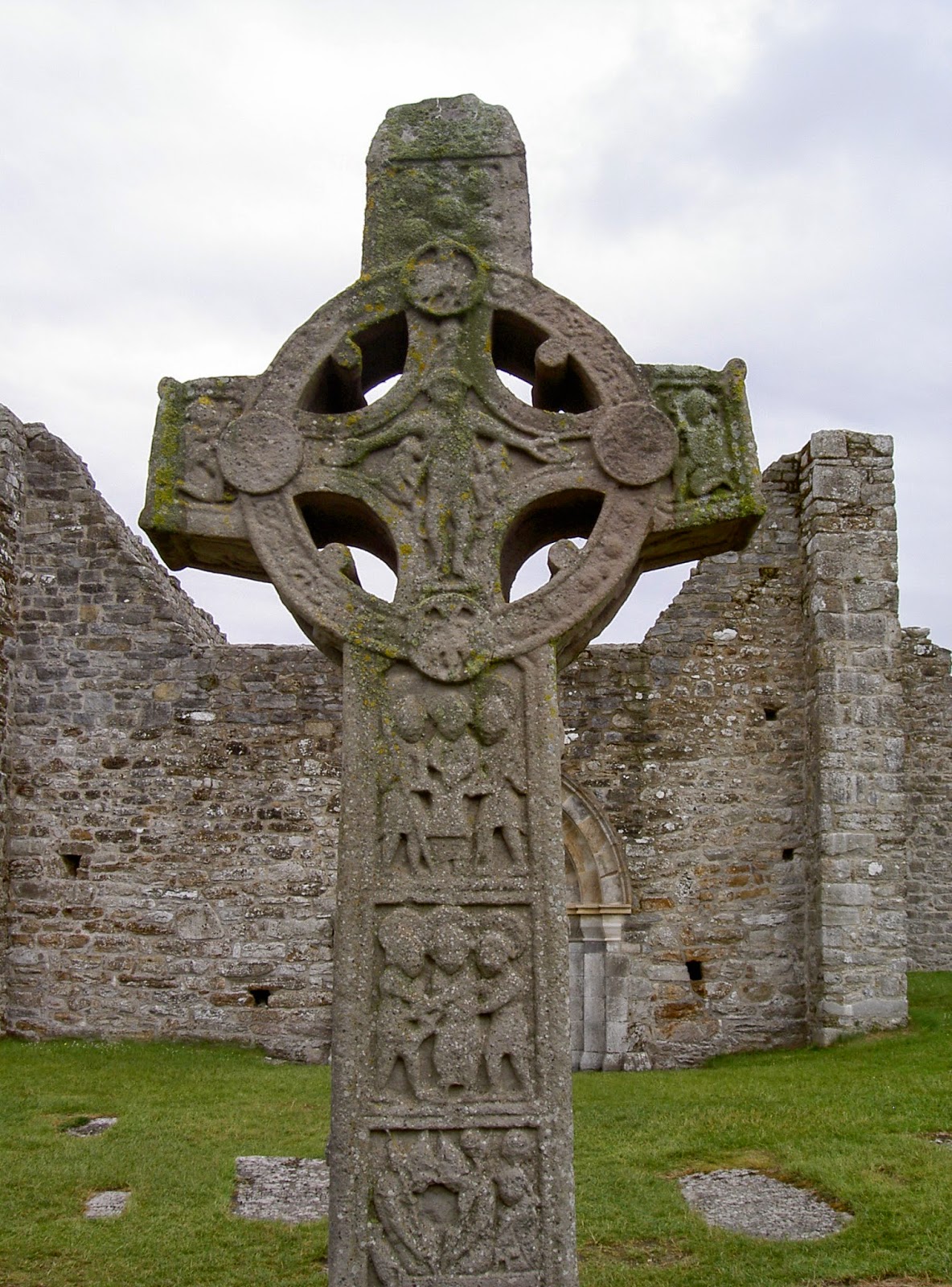 Little remains. I have pieced together a bit, mainly from sifting through meagre internet entries. Tinkers were often itinerant, went around in cluttery, rattly old wagons, and were lumped in with "gypsies" (also unfairly stigmatized), and who knows but that there was cross-marriage and a blurring of social barriers. The greyhound cookie cutter may well have symbolized something I didn't understand back then: perhaps the old man liked to go to the dog races, place a few bets with his meagre earnings, and if he came stumbling home drunk and broke after hours, it wouldn't reflect well on his already-low social status. 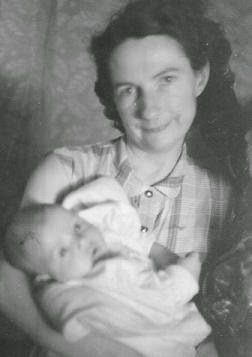 So I emerged from the incredibly weird experience of listening to a dozen different Irish voices talking about someone with my name, someone from 182 years ago who had murdered somebody and was executed for it. How in God's name did this information ever come to me?   How many ways is it possible to be Irish, to pronounce the language? And though it is unlikely that any of theses "Gonne-nings" were my own blood kin, it's possible they were related on my husband's side. . . which means my children, and their children, could also be blood kin. Go back the generations, hear the Irish sounds, realize with a start that two of my grandkids have Celtic Irish names, picked for some reason, or not for a reason, just because of that low ancestral hum, the hum that registers below and beneath everything else.

Post-blog ruminations. It's the next morning, and I am wondering now about Pierce Brosnan, Gabriel Byrne, and other black-Irish hunks I have known and loved. Yes, that term has hung around my family, but not directly. My mother's side, the Irish connection, all seemed to have the same black hair, slight swarthiness and green eyes. I never thought it strange until I realized that my mother, married to a very fair blue-eyed man, produced two sons with black hair and dark brown eyes. 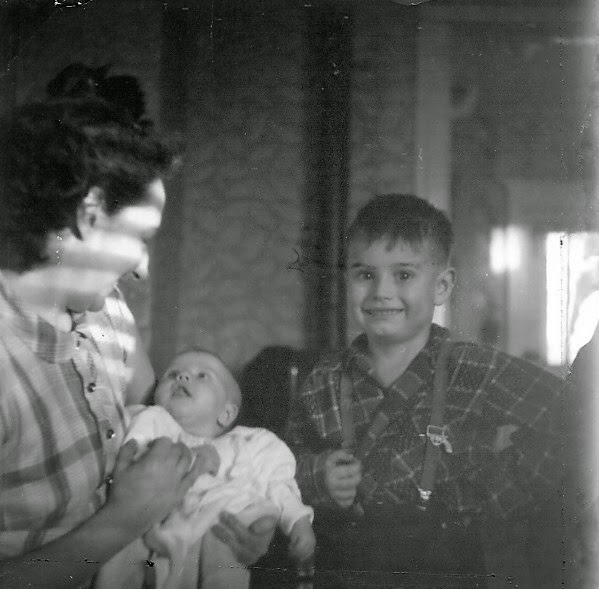 There was this strange rumor of "Spanish blood" in the family, but this was supposed to be on my father's side. HIS father was swarthy (I never met the man, but he will live in infamy as a layabout and a violent drunk). But the dark brown eyes had to come from somewhere, didn't they? Was there Spanish blood, perhaps going all the way back to the Spanish Armada, on BOTH sides? And why did my sister and I end up fair and blue-eyed? My own kids were "darkening blondes", you know the type, but two of my grandgirls (Lauren in particular) look almost Scandinavian, with wheaten blonde hair and crystalline blue eyes.

Strange, since their mother is brunette.

It's all very weird, and the bit of researching I did led me to believe that whole books could be written about it. An article about how the Irish names changed over time, simplified and de-Celticized, fascinated me, because I read somewhere that Gunning used to be spelled O'Conaing.

So here's just a tidbit about DNA and the true origins of the Irish: 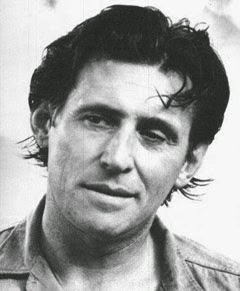 But where did the early Irish come from? For a long time the myth of Irish history has been that the Irish are Celts. Many people still refer to Irish, Scottish and Welsh as Celtic culture - and the assumtion has been that they were Celts who migrated from central Europe around 500BCE. Keltoi was the name given by the Ancient Greeks to a 'barbaric' (in their eyes) people who lived to the north of them in central Europe. While early Irish art shows some similarities of style to central European art of the Keltoi, historians have also recognised many significant differences between the two cultures.


The latest research into Irish DNA has confirmed that the early inhabitants of Ireland were not directly descended from the Keltoi of central Europe. In fact the closest genetic relatives of the Irish in Europe are to be found in the north of Spain in the region known as the Basque Country. These same ancestors are shared to an extent with the people of Britain - especially the Scottish. 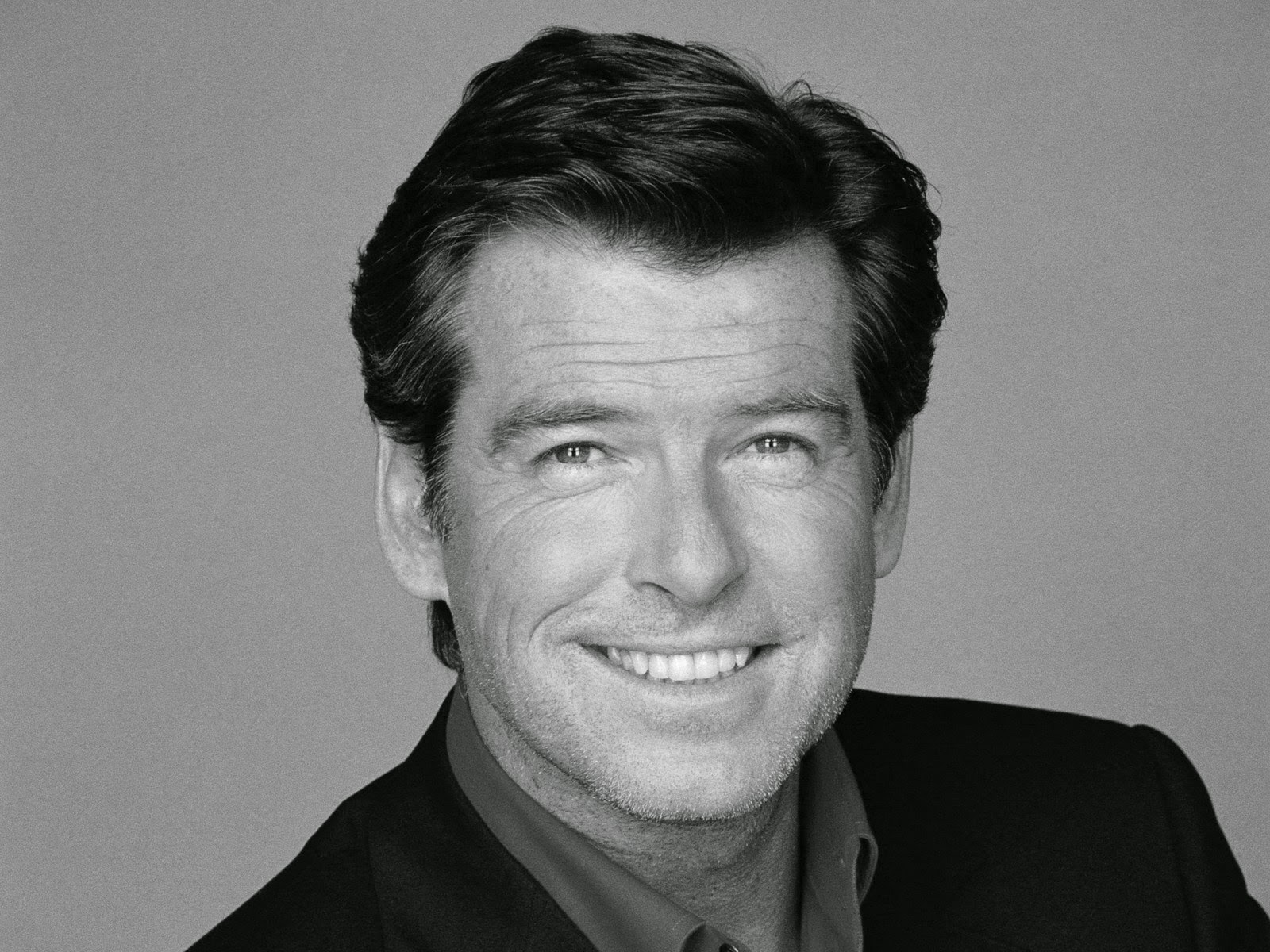 DNA testing through the male Y chromosome has shown that Irish males have the highest incidence of the haplogroup 1 gene in Europe. While other parts of Europe have integrated continuous waves of new settlers from Asia, Ireland's remote geographical position has meant that the Irish gene-pool has been less susceptible to change. The same genes have been passed down from parents to children for thousands of years.


This is mirrored in genetic studies which have compared DNA analysis with Irish surnames. Many surnames in Irish are Gaelic surnames, suggesting that the holder of the surname is a descendant of people who lived in Ireland long before the English conquests of the Middle Ages. Men with Gaelic surnames, showed the highest incidences of Haplogroup 1 (or Rb1) gene. This means that those Irish whose ancestors pre-date English conquest of the island are direct descendants of early stone age settlers who migrated from Spain. 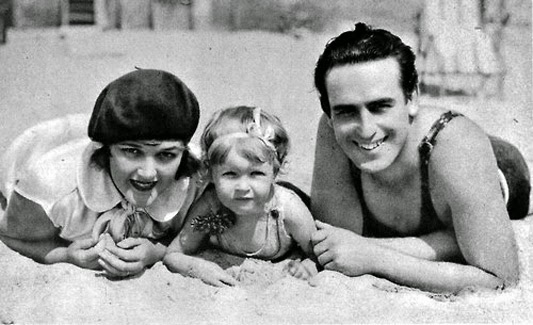 (Post-script. I had to bring Harold in here, didn't I? But his coloring was a tad unusual, for one reason: freckles. All his life, from boyhood on, he was covered with freckles, so much so that his makeup had to be laid on with a trowel. The few glimpses of him shirtless show a freckled body. This is relatively rare except in redheads, whose freckles are so numerous they sometimes mass together like constellations in the night sky. With skin so fair it was almost white - he never seemed to get a tan, unlike his leathery Hollywood cohorts - and strikingly blue eyes, he seems a candidate for the black-Irish theory - except that he was Welsh. But hey, Welsh may well be included in that strange Gaelic/Celtic  equation. That story I will leave for another day.)

Summer in Siberia: or, a day at the bitch

Posted by Margaret Gunning at 10:05 AM No comments: