Posted by Margaret Gunning at 10:11 PM No comments: 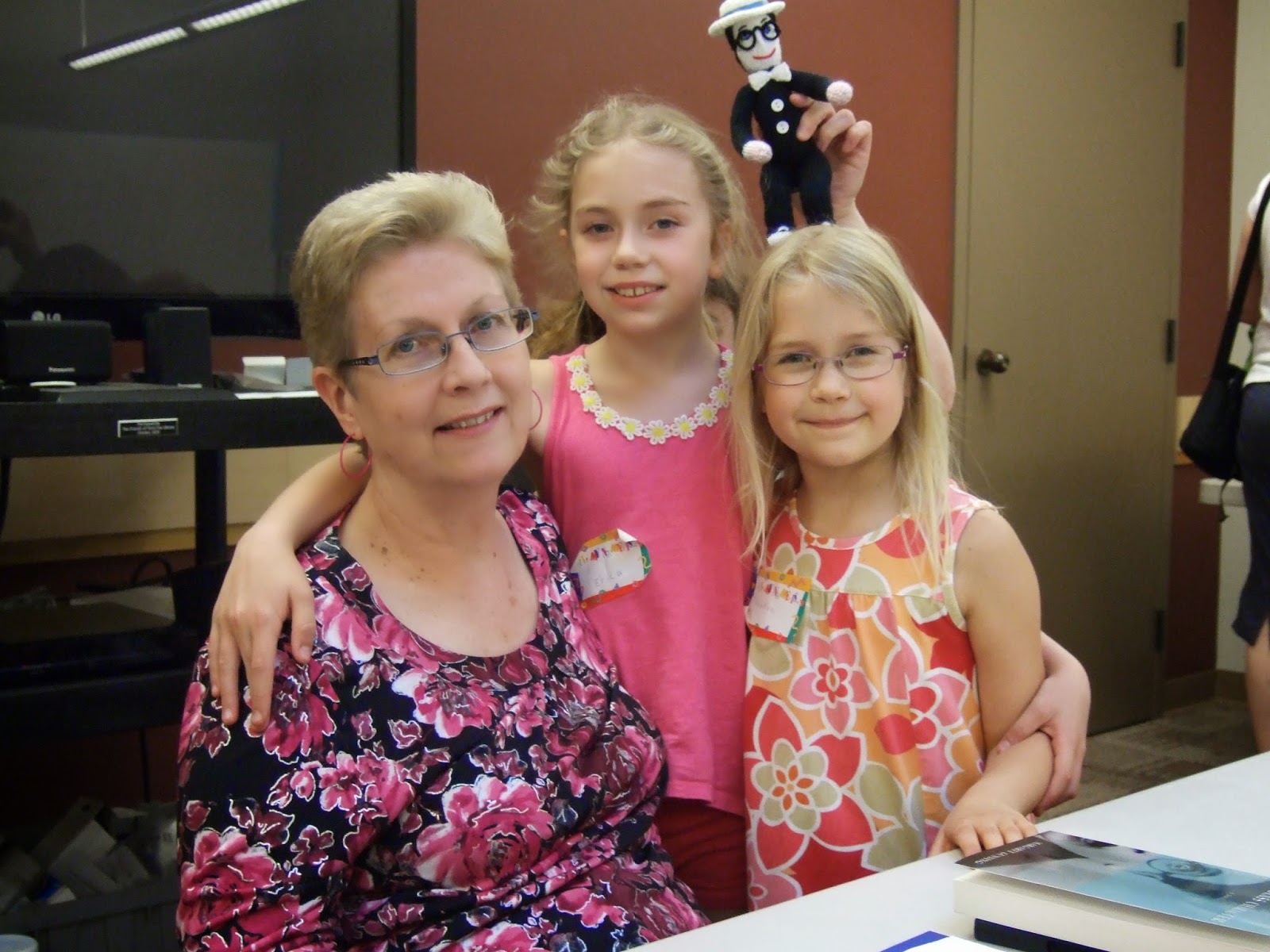 This is the only really good picture from the launch of The Glass Character today, but it kind of makes up for all the rest. When these two blondies ran into the room, I knew the launch would be a success - because they were there. Nothing else mattered at all.

And it was a good event, quite enjoyable, with a great bunch of people. As for no one showing up, I needn't have worried - extra chairs had to be set up. And I talked to a couple of friends I haven't seen in years, including Loranne Brown, an author and teacher who did readings at my first two launches in (gasp) 2003 and 2005.

What impressed me about the group, a local writer's collective called the TriCity Wordsmiths, was the calibre of the questions, and the genuine curiosity behind them. I've been to events where, after the presentation, "Any questions?" was met with dead silence, then an embarrassed, "No? Well, I guess we'll move on then." None of that happened here.

It strikes me that these are the rewards. This book hasn't been reviewed, in print anyway (though you should check out the two raves I got on Amazon!), and distribution has been limited. It's a different game altogether, and often frustrating. I still have wild dreams of stalking big game in Hollywood, but what are my chances of doing that?  I've bought up lots of copies in case, not wanting them to be pulped like my last two. And I refuse to believe my window of opportunity is already closing because spring is over and we're into June.

I'm tired but gratified. This is the first time I've had any  feedback from a group on the book. And it does feel good to be asked about your craft, even while knowing the experience is different for each person.

And oh, those grandgirls were good, through two hours of boring-for-kids stuff. But they did like the DVD of Harold Lloyd climbing up the side of the building. I was amazed and gratified when the group howled with laughter all the way through the video, reacting with delight to every gag. I had no idea if they would "get" Harold or enjoy silent film at all. But there you go. He's timeless. He's eternal. And once more, he saved the day.

(Bill only took a few minutes of video, and when I saw them I could see why. In my gesticulations and facial expressions, I gave the appearance of a madwoman who had escaped the gates. It was irresistible - I had to gif this! I even found a way to caption them. In keeping with the spirit of the book, these are "silent movies" - they just happen to be five seconds long.)

Posted by Margaret Gunning at 12:06 AM 3 comments: