Know your Poe: The Bells

Hello, and welcome to a new series entitled Know your Poe. (a. k. a. Poe Corner). Though I plan to run through everything Poe ever croaked, yelled or hiccupped, we'll start with an easy one,  a poem so shot through with unspeakable horror that it makes The Raven sound like a Beach Boys song. Little Deuce Coupe, perhaps.

Why am I doing this? Because it intrigues me that there are no apparent degrees of separation between Poe and a similar literary legend, Jerry Lee Lewis. Both married their 13-year-old cousins, a move that today might raise a few eyebrows. Wikipedia makes this comment:

Debate has raged regarding how unusual this pairing was based on the couple's age and blood relationship. Noted Poe biographer Arthur Hobson Quinn argues it was not particularly unusual, nor was Poe's nicknaming his wife "Sissy" or "Sis". Another Poe biographer, Kenneth Silverman, contends that though their first-cousin marriage was not unusual, her young age was. It has been suggested that Clemm and Poe had a relationship more like that between brother and sister than between husband and wife.

Yeah, OK, but. How many brothers and sisters are married? There's just no way you can make this turn out right.

From the demented photographic portraits to the gruesome short stories in which people are walled up inside caves, to the death at age 40 from God-knows-what-but-probably-alcohol, Poe evolved into legend and now belongs to all of us. He's the patron saint of tortured souls, people left to die in the abyss. Never was abandonment portrayed like this, in a way that fascinates us even as we shrink back and shudder. I felt a visceral stab when reading that he lost both his parents in babyhood and was "taken in" by a couple who never formally adopted him, thus leaving him feeling like a permanent charity case. I can just hear them saying to him (and he likely really did hear this, as did many a literary legend): "Edgar, dear chap, do give up this poetry nonsense and make something of yourself." 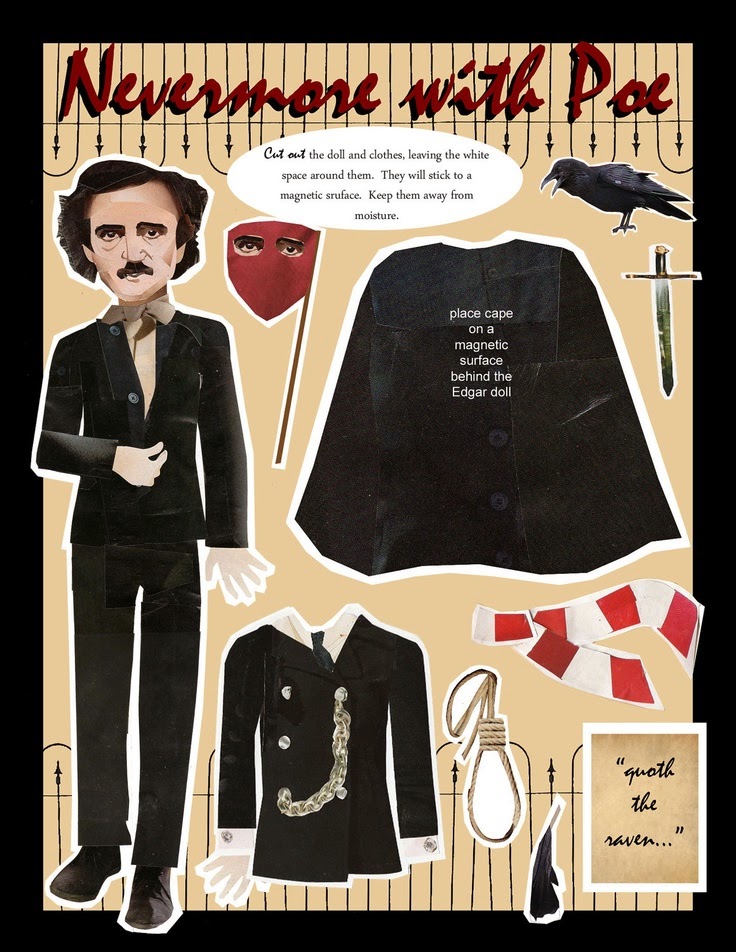 Poe is part of pop culture as well as literature, and his crossover with Gomez Addams is obvious. If Poe had been happy, he would have been Gomez Addams. He would have had a more normal, wholesome marriage to someone like Morticia. But it was not to be, and at age forty, the poor sod (speaking of ravens) croaked.

Eons ago, I think in my teens, I found The Bells in an anthology somewhere, and a girl friend and I took turns reading it to each other (yes, I was like that, even back then). The locked-in rhyme and rhythm scheme can be headache-inducing and oppressive, but it was the format of the times, before Walt Whitman came along and blew everything apart. In rereading The Raven, a dense, thick, suffocating poem full of rustling purple curtains and velvet divans, I found some lines that were welded into my brain, that in fact were (unconsciously) a part of me:

`Prophet!' said I, `thing of evil! - prophet still, if bird or devil! -
Whether tempter sent, or whether tempest tossed thee here ashore,
Desolate yet all undaunted, on this desert land enchanted -
On this home by horror haunted - tell me truly, I implore -
Is there - is there balm in Gilead? - tell me - tell me, I implore!'
Quoth the raven, `Nevermore.'

I didn't catch up with that "balm in Gilead" reference until much later, until I stood up and sang it in church:

Sin-sick? I wonder if marrying your thirteen-year-old cousin counts as "sin". By my standards, it certainly is sick, though Poe biographers hasten to assure us that it was "normal" for the times. But I get the feeling she spent most of her short life chronically ill, gently expiring on his purple velvet divan.

Never mind, we're here to analyze The Bells, which to my mind is even more Hitchcockian than The Raven, and certainly more bizarre. I was going to count how many times "bells" appears in this poem, but gave up after 27 or so. Never have I seen so much repetition in any work of literature, making me wonder if Poe's brain was (as we used to say) like a broken record.

And here's a charming little tidbit, which explains several phrases still in common use:

England is old and small and the local folks started running out of places to bury people so they would dig up coffins and would take the bones to a bone-house, and reuse the grave.
When reopening these coffins, 1 out of 25 coffins were found to have scratch marks on the inside. They realized they had been burying people alive so they would tie a string on the wrist of the corpse, lead it through the coffin and up through the ground and tie it to a bell.

Someone would have to sit out in the graveyard all night (the graveyard shift.) to listen for the bell; thus, someone could be "saved by the bell" or was considered "a dead ringer". 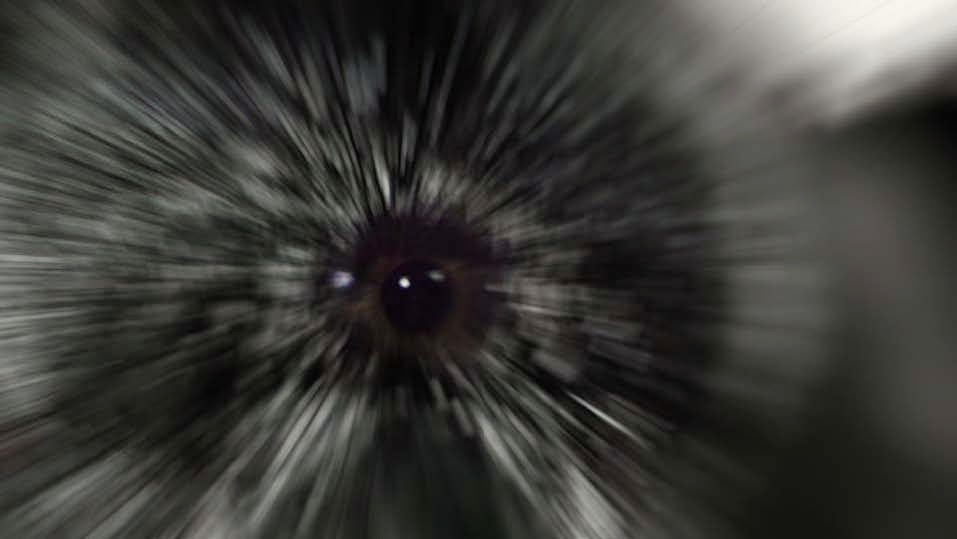 Hear the mellow wedding bells,
Golden bells!
What a world of happiness their harmony foretells!
Through the balmy air of night
How they ring out their delight!
From the molten-golden notes,
And all in tune,
What a liquid ditty floats
To the turtle-dove that listens, while she gloats
On the moon!

Hear the loud alarum bells,
Brazen bells!
What a tale of terror, now, their turbulency tells!
In the startled ear of night
How they scream out their affright!
Too much horrified to speak,
They can only shriek, shriek,
Out of tune,
In a clamorous appealing to the mercy of the fire,
In a mad expostulation with the deaf and frantic fire,
Leaping higher, higher, higher,
With a desperate desire,
And a resolute endeavor
Now—now to sit or never,
By the side of the pale-faced moon.
Oh, the bells, bells, bells!
What a tale their terror tells
Of Despair!

Hear the tolling of the bells,
Iron bells!
What a world of solemn thought their monody compels!
In the silence of the night
How we shiver with affright
At the melancholy menace of their tone!
For every sound that floats
From the rust within their throats
Is a groan.
And the people—ah, the people,
They that dwell up in the steeple,
All alone,
And who tolling, tolling, tolling,
In that muffled monotone,
Feel a glory in so rolling
On the human heart a stone—
They are neither man nor woman,
They are neither brute nor human,
They are Ghouls:
And their king it is who tolls;
And he rolls, rolls, rolls,
Rolls
A pæan from the bells;