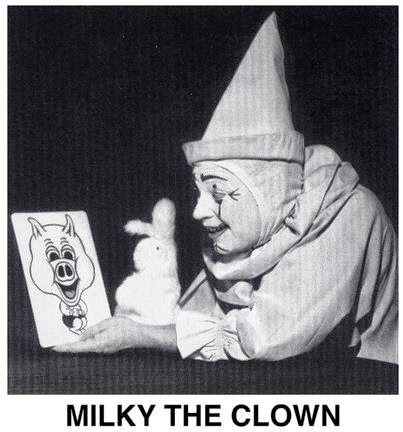 A few years ago when I first revived my strange relationship with the dreaded clown of my childhood, I could find almost no images, nothing about him at all except on Ed Golick's fantastic Detroit kids' TV site. But since then, there has been a renaissance. This one even features the hand-puppet Creamy the Rabbit, for some reason looking at a drawing of a pig. 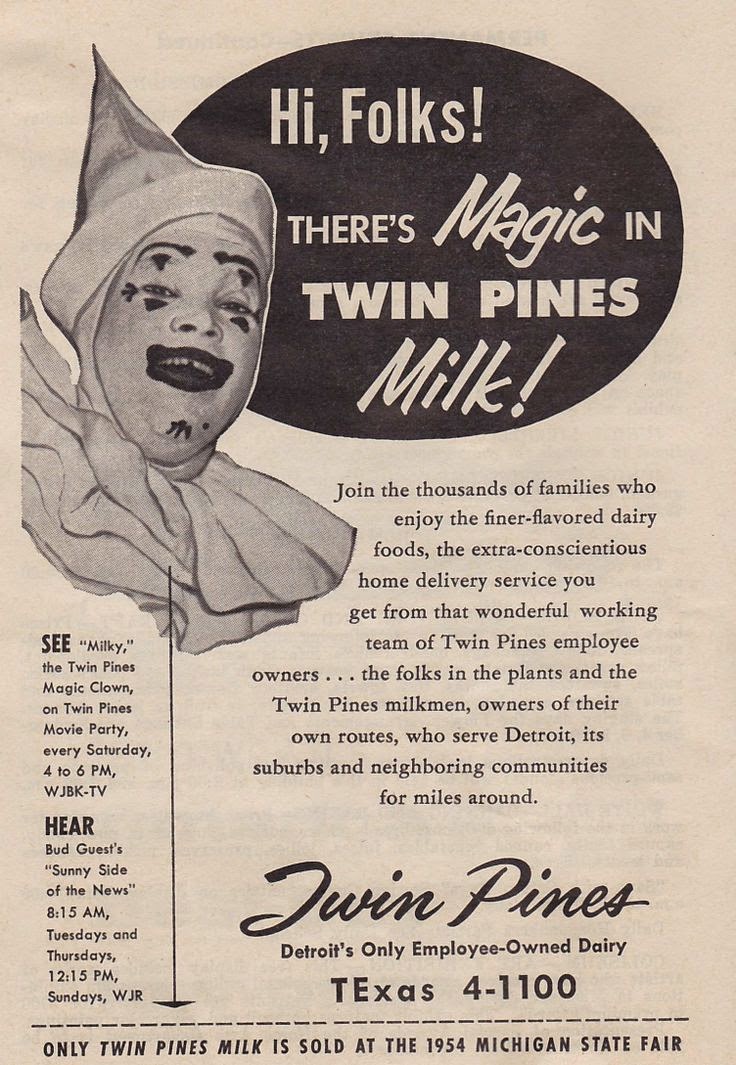 I mean, I just keep finding new stuff! Not really new, of course, because it looks pretty brown to me. But this ad, curiously, is from Texas, which is nowhere near Detroit. Wonder what happened there.

Unless TExas was just one of those phone curiosities of the times, phone numbers beginning with letters that maybe indicated the region, i. e. ELgin 2-8994 (a number burned into my neurons which will be buried after my last gasp. Hopefully not before.) 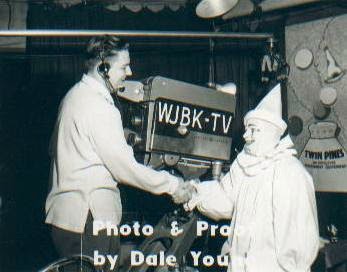 It's always a thrill to discover a new Milkster photo. This one reminded me of the call letters WJBK, and the size of the camera reveals a lot about the technology of the late '50s - early '60s. 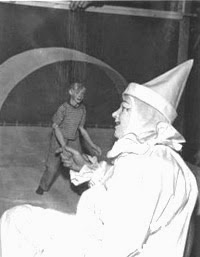 This must be some sort of game. I do remember, though vaguely, lots of games on these Detroit kids' shows. Poopdeck Paul had a limbo contest, and Captain Jolly was giving away something called OJ Squeeters (plastic things you stuck into an orange and sucked) for winning something-or-other. If you won something on Milky's show, the spectral figure with the Pagliaccio costume would allow you to stick your hand in a jar of pennies. Room temperature, I hope. 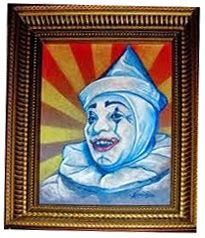 This is fan art, though I am unaware of the provenance of it. Believe it or not, there is lots more of this, but I won't post it. An artist named Mike Kelly has done a series of four (at least) portraits of His Milkness, at least one including the immortal Creamy. This is serious art however, not amateur stuff (though I would describe it as primitive, painted on pieces of plywood, particle board, etc.) But the point is, there has been a Milky art boom, or at least boomlet, just in the past few years. Awful repressed memories are emerging from the brains of people who were traumatized back in 1963. To cope with this, they're making art and creating Pinterest and Facebook pages.

I will admit, I fell into it myself. I started noodling around, and hey, if Mike Kelly can stencil a perfectly round likeness of Milky onto a scrap piece of wood, can't I use photoshop here and there? Andy Warhol used adulterated photos all the time, didn't he? It's my only real hope for making art of any kind. 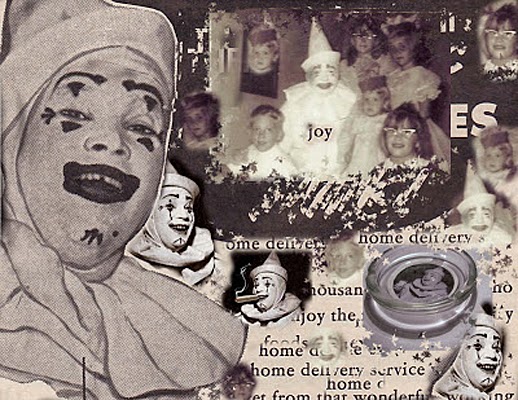 Post-blog ruminations. Call these philosophical ramblings, made late at night when I usually blog. I did find one more mysterious picture of His Milks with a boy scout (and when Milky isn't doing lame magic tricks with "crippled children" like Little Nancy, above, who by the way never gets to sit down but just spends the whole three-hour fundraising program standing, he's always shown with a boy scout), but I have no idea what he's doing. Strange are the ways of Milky. Is that a sandwich he's giving him, on dark rye maybe, or a huge square Oreo with the filling squishing out, or a book, or just some sort of lame magic prop from his lame magic prop storage room? Sorry, Nancy, I didn't mean "LAME lame". More like "lame-o". 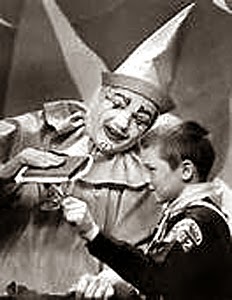