Valentine poems: an arrow in the heart

Valentine, O, Valentine / I'll be your love and you'll be mine,
We'll care for each other, rain or fine / and in 90 years we'll be 99.
-Ian Serraillier

Plenty of Love / Tons of kisses
Hope some day / To be your Mrs.
-Author Unknown

My love is like a cabbage / Divided into two
The leaves I give to others / The heart I give to you.
-Author Unknown

Are we friends, Are we not / You told me once, but I forgot.
So tell me now and tell me true / So I can say I'm here with you.
-Author Unknown

Raindrops on our dresses / Sunshine on our face,
No matter what the weather / The look of love won't be replaced.
-Donna Wallace

I was lonely, sad, and blue / until the day that I meet you.
You came into my life and changed it around / turned my frown upside down.
-Author Unknown

To see my darling on his special day / Would put two Valentine wishes at bay.
Happy Birthday to him is the Valentine for me / Then two hearts once again get to share ecstasy.
-Lisa D. Myers

Someone asked me to name the time / Of when our love became sublime.
I searched high and low but could not find / It within the vast regions of my mind.
So now as I close it is time / Would please be my Valentine.
-Author Unknown

There's nothing in this world / That can express my love
You're as beautiful as an angel / And pure as a dove.
-Osman Espinoza

I searched high and low (as in one of the poems, above) to find Valentine poetry that is not terrifically bad (some of it is gross or obscene, which just does not do it for me), but truly mediocre. This is poetry with good intentions, poetry that doesn't KNOW it's bad. It's the Stairway to Stardom of Valentine verse, not quite rhyming, not quite NOT rhyming, with meter (if there is any) that is all over the place.

This collection appeared along with snippets by Shakespeare and Dorothy Parker ("one perfect rose"), which of course had to go. Some of these are by "known" writers, even known poets, which amazes me. The Florence Foster Jenkins of verse, perhaps?


I remember my crazy brother Arthur and I having a bad poetry contest which we called Peotry Korner. "Hey, that's spelled wrong!" one of our friends exclaimed. We were so dumb, and he needed to point that out! I think I may have won the contest with this:


"When skies R grey
and it precipitates
You remind me
of a load of wet hay.
Happy Doomsday -
glad you're not here."

I was briefly part of a truly hair-raising "writer's group" called Women and Words, in which the main goal seemed to be not writing by a variety of means. We drank sangria, we talked about our kids and household products, and then someone came up with an idea for fundraising: not an anthology of our writing, but a COOKBOOK! I noticed the group had a "poetry expert", a little old lady with her hair in a bun and a print dress, as if someone had rocketed back in time to the 1950s to collect her. "Doris is our poetry expert," someone said, and Doris colored, saying, "Oh no no no no no."


Several times I heard statements from people like, "I just can't stand all that modern poetry. It doesn't even rhyme." Sooner or later someone had to get up to recite. The poems were not unlike the examples above (and I'm sorry I'm sounding so mean - I know I am - but this was just so frustrating for me, as I'd had high hopes for the group helping to dig me out of the landslide of loneliness I was trapped in).


The standard response to a poetry reading was, to a person, "Oh that's LOVE-ly!". I wondered if that really passed for a critique. By this time I was afraid to get up and read my own self-absorbed laments, most written in abstract form.  I just now realized that a version of this gathering found its way into my first novel, Better than Life, in which a Christlike, charismatic stranger named Bob attempts to initiate the good ladies of Harman into the mysteries of Yeats and Kahlil Gibran.

I went to two sessions of this group, and at the second one it looked as if we had attracted some actual writers (and one of the ladies outright admitted, "Oh, I don't really do any writing, I just come along for the social part"). One fiercely beautiful black woman got up and cast webs of fire over the room, after which there was dead silence.


"Keep working on it," said Bev, the unofficial matriarch (unofficial, my ass - everything she said was law!). The writer looked distinctly uncomfortable. Another writer had built the substructure for a play, showing a definite talent for discernment - what doesn't need to be there, in other words - thus constructing the foundation for a major work.

At a certain point, when I made the embarrassing admission I'd written a novel (a truly bad novel, though at the time I thought it was pretty good), someone exclaimed, "Oh, are you Margaret Gunn?" I wanted to say "ING". I had a weekly column in the local paper then, but it seemed she had only managed to read half of it. Another woman asked me, "What's the conflict?", something straight out of Writers Group 101. Obviously, it was the thing to say, the question to ask to show that you understood, that you Knew. I still don't know what it meant.

Oh, but I do remember one actual exercise - we were supposed to take a pen and paper and write down the name of our character, then write down EVERYTHING we could think of about them. There was even a questionnaire. Where they were born, when they were born, who their parents were, what they looked like, their shoe size, and blah blah blah blah blah. It was only later that I realized that trudging through writing a novel would be intolerable if you already knew everything. It's the finding out that is the thing. And if it doesn't interest you - fascinate you, in fact - then it sure as hell will not interest the reader.


Where is all this coming from? There's nothing wrong with drinking sangria and exclaiming "oh, that's lovely!" after every poem. But in a way, "writer's group" is a contradiction in terms. In my experience, giving yourself to the process is often horrendously lonely, to the point that I understand why so many poets commit suicide.

I don't know why I've done this for so many years, except that I'm not good at anything else. No, I mean it, or at least not anything I can do professionally. I haven't had anyone refer to my work as a "nice hobby" for a while now, maybe because they've given up talking to me altogether.


People fall away. They lose interest, or find they can't do it, bury their ambition where it festers and ruins their lives. I become sick of halting myself, to keep pace with their faux interest/dedication. They just stop, or they make themselves stop. I had a friend exclaim, when I made a friendly suggestion that she try keeping a blog, "What would I write about?" But it was her facial expression that cut me: baffled, as if I'd said "why don't you start a worm farm"; offended, as if I'd said "why don't you have an affair with your neighbor"; disgusted, as if I'd said "why don't you shovel shit for a living." And even at that, there was an aspect to her reaction that I can't describe, a mouthful of vinegar or something else awful, with her tone of voice full of "whaaaaat?" Not just incredulous, but ferociously judgemental. It was casting her own insecurity and frustrated ambition back in my face, not unlike the cobra-strike ploys used by my sister for years and years.

I had obviously said the wrong thing. But she had no idea why her reaction bothered me, which was even worse. That friendship died in a torrent of bile which made me realize her ambition had long ago been interred and was sending up noxious fumes of decay.


OK, I never expected to go on and on like this. Are there "real" writers" then, to be divided from the dabblers like the sheep from the goats? YES. Does this have anything to do with money or prestige or even getting widely published and becoming some sort of quasi-celebrity like that bitch who wrote Fifty Shades? Of course not.


It has to do with dedication, but it's something else. Painful as all this is, you can't live without it. I find I replicate my initial experiences of utter obscurity again and again, and the chances of this changing at my age are extremely slim. But I've come to realize that if I needed recognition, I would have quit long ago. Keeping on with it at this level of intensity would have been impossible. So it's something else that drives me, and, I suspect, almost every other writer. 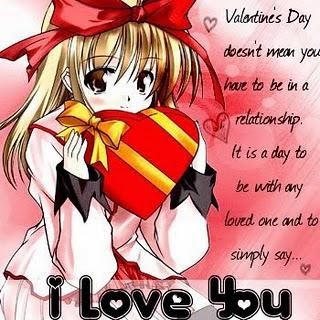 I don't always like what I do. It's kind of like being married. Habit? Not quite. Just a need, something I can't describe or even get away from. It galloped away with me a very long time ago.


A long long long time ago when I was seeing a therapist, I was also listening (incessantly) to k. d. lang's brilliant Ingenue album (which I have started listening to again). I was talking to her about a certain song, how I felt it was much more than a love song.


I wasn't sure what I was saying.

http://members.shaw.ca/margaret_gunning/betterthanlife.htm
Posted by Margaret Gunning at 5:48 PM No comments: