The media fascinate me, and horrify me. (And it's plural, folks. One medium; two media. But it doesn't apply to those psychic dudes, for some reason.) I'm closer to the subject than most people: I have a daughter who's an award-winning reporter with CTV News, and even after a dozen years I feel immensely proud to see her on the air (and I will still say to my husband, if he's out of the room, "Hey, Shannon's on!")

One of the things we both do is watch all the newsmagazines: Dateline NBC, 20-20, 48 Hours. I'm always interested in her take on these things and how they're covered: she often catches things I miss.  The stories can be lurid and sometimes (as in the case of mass/child murder) too extreme for me to watch. But Shannon always watches, with the eagle eye of the insider. 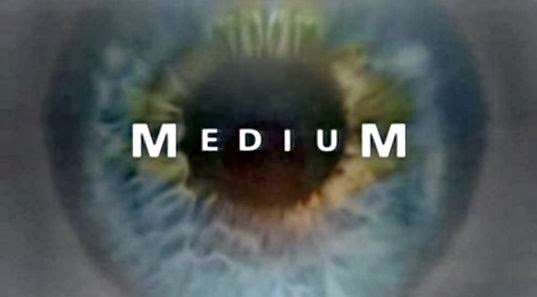 But there's another aspect to this, quite apart from the stories themselves. It's how they're covered, the spin they're given (and believe me, there's always a spin). And as Shannon has often told me, this is inextricably bound up in the personalities behind the news.

Some 50 years ago, communications guru Marshall McLuhan famously said, "The medium is the message," and if we never hear that statement any more, it's because we're frogs in hot water, not feeling the temperature gradually rising as we come closer and closer to being boiled.  The public is never consciously aware of this, either, but personality is also the message, or at least it trumps content every time. Far from being mere delivery devices, these strangely compelling men and women often seem to be the whole point of turning on the TV. 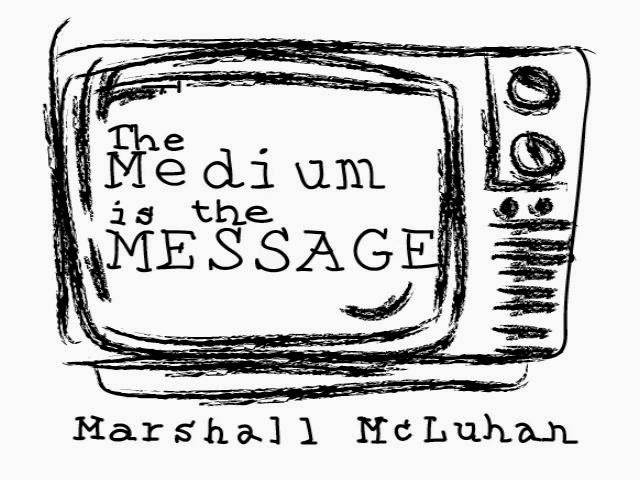 My daughter's favorite reporter is the craggy, canny Keith Morrison, an ex-pat Canadian whom she describes as a brilliant storyteller. He's an old-style journalist, long and lean, his face seamed with wrinkles, his hair falling down in a floppy silver forelock. In spite of the wrinkles, he seems ageless, gangly like a teenager and dressed in youthful clothing that never seems incongruous. His delivery is unusual too, almost exaggerated, his voice sometimes dropping to a whisper as he describes the hideous domestic murders that seem to make up 85% of the show. But he gets away with it, makes it work. It's his style and he's comfortable with it, plain-spoken but not quite folksy, low-key, intense and hard to get away from.

But his lean, striding, casually-tossed-mustang-mane'd delivery is far from the norm. Some reporters are so tensely-wound that you can almost see the key in their back. They appear shiny, their teeth gleaming and their hair perfect behind a bulletproof, plexiglass shield. But we're not buying it, not falling for their invincibility. The consumer/viewer probes, poking around for vulnerability, feasting on it while we pretend to be sympathetic. 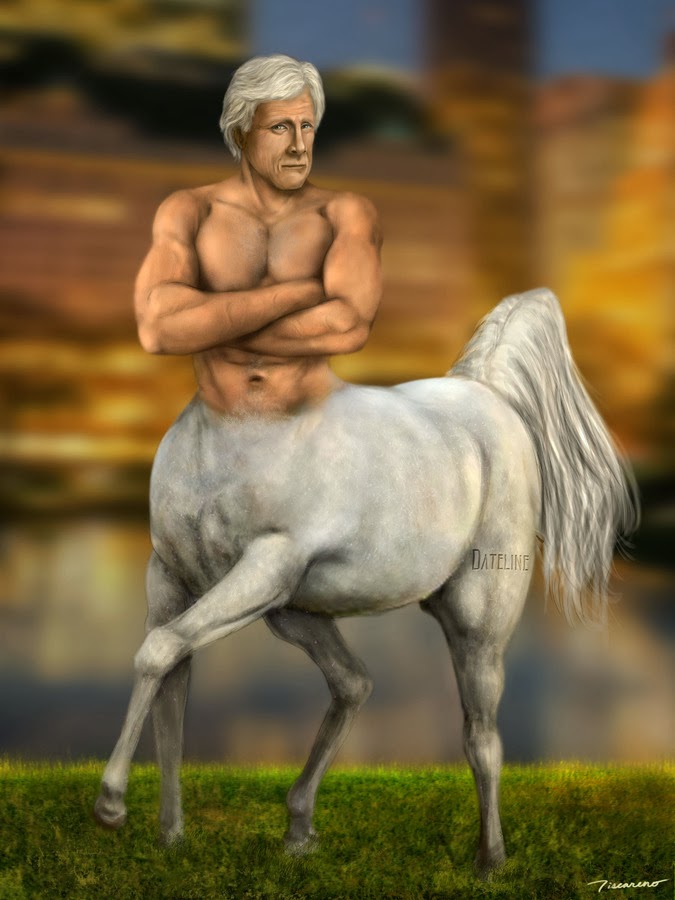 Not long ago, the diminutive, deceptively-smooth Elizabeth Vargas came on 20-20 and talked about her decades of alcoholic drinking and her (harrowingly short, I felt) stint in rehab, but she looked tense and very uncomfortable, and at one point said she was only doing this because the press had already “outed” her. Otherwise she would have kept it private.

Then there was that utter disaster on The View – and what’s Barbara Walters doing on TV, anyway, when she “retired” a couple of years ago and is now doddering around in her 80s? – when Walters said, “Oh, we knew about it, all right. We all knew.” Vargas just looked mortified and offended and shocked. In the name of spontaneous live television, pandering to the grand old bitch of TV, she had been swiftly and ruthlessly ambushed. 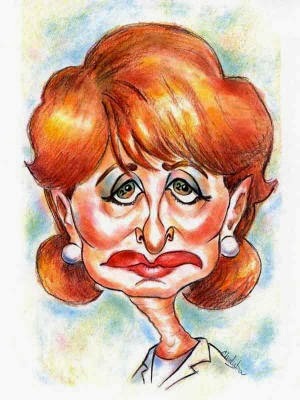 Vargas drank heavily for years and years, assuming she was hiding it from her colleagues, and (in a twist of irony) did FIVE stories on 20-20 about alcoholism, including how it affects women and even mothers. All the while, she was a mother dangerously drinking and being secretive about it (though as Barbara Walters gleefully pointed out to her on live TV, they were on to her all the time).


Of course there had to be backstory about her anxiety disorder, her separation from her father who was in the military (though I kept expecting them to say he had died). There had to be. Addiction is almost as bad as mental illness in demanding “WHY?”. You can’t just have it. Something has to have damaged you into it, really badly, or else you'd be normal like the rest of us. Right?

Where’s the weakness, where’s the flaw? The public jabs and probes like a dentist attacking a rotten tooth, while the object of all this drilling hopes desperately they'll garner some sympathy from it, not pity and contempt. But it’s always a mixture, because people love to feel superior to those in the limelight. Build them up, knock them down.

But that's nothing compared to the extent that these "journalists" can be vicious to their own kind, consuming them with a carnivore's gusto in full view of the watching public. 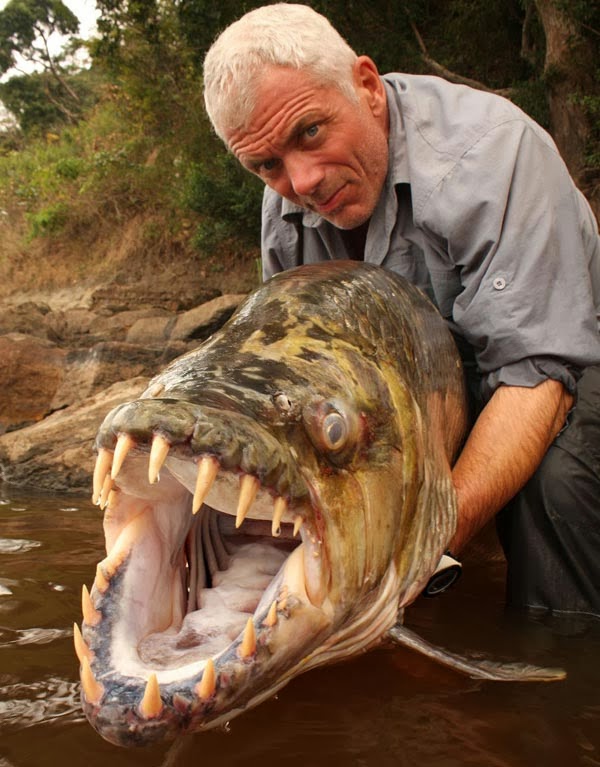 I hesitate to get into the bloodbath of Ann Curry being ripped out of her job on the Today show, the siege led by Matt Lauer who did the world's worst impersonation of a warm sendoff.  Rumor has it that she had been subjected to every sort of humiliation imagineable, while at the same time being assured everyone was just thrilled to have her on-board. Thus if she felt bad about what was happening to her, if she thought she had to run run run to keep from going backwards as the rug was steadily pulled out from under her, she was just too sensitive and should man up.

Her sendoff was nothing like the usual "it's been great, but it's time to move on to new blah, blah, blah" that we usually hear. To everyone's profound discomfort, she began to whimper and cry and endlessly rattle on in what began to sound almost like an apology for her career. I've seen Ann Curry's work, and it does seem a trifle too vulnerable for comfort, just a little "off", though I can't put my finger on why. She wants to be my Mommy, and I won't have it - or, worse, she wants ME to be HER Mommy. The slaughter was jokingly referred to behind the scenes as Operation Bambi, though I think Curry ended up being more like Bambi's mother. 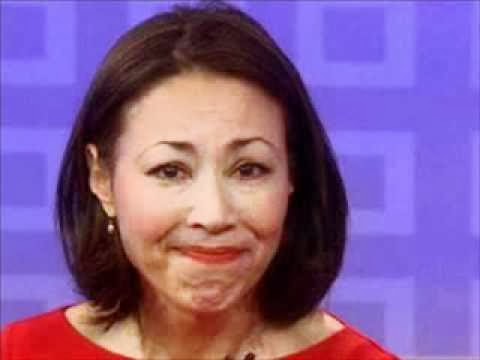 (Note: I decided to find a YouTube video of her now-infamous exit scene, and it was horrendous to watch, one of the most embarrassing things I've ever seen. It was like listening to a narcissistic actress winning her first Oscar and refusing to be "played off", or a teenage girl with galloping PMS, with just a bit of Dorothy from the Wizard of Oz: "I think I'll miss you most of all." I was going to try to make one of my famous gifs of her wiping away her tears, but it was too much, I had to turn it off.) 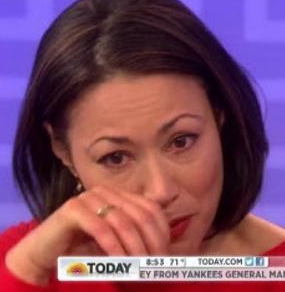 The more I read about this boiling swamp of piranha, the more I want to turn my TV off forever. . . except that I can't. I'm just as hooked as anyone else. Though reality TV loves tears and snot and shoving the camera up the subject's nose, the TV newsmagazines still seem to demand the plexiglass front that kept Elizabeth Vargas trapped in her alcoholism for so many years.

Not too emotional, please. But not cold! No one will be able to identify with you! And you can't have a speech impediment, for God's sake, unless you're that famous museum piece from Madame Tussaud's, Baba Wawa. No wrinkles, you'll look old, but it's OK, even endearing on Keith Morrison. Reveal your flaws and failures, make those fatal "admissions" about horrendous things like alcoholism and mental illness, but be aware it will be a black mark on your record forever, and that whenever people hear your name, that's the first and perhaps the only thing about you that they will ever remember.

I think I'd drink too. 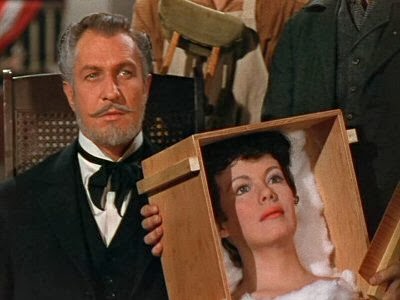 (BLOGGER'S COMPLAINT. Since they're so goldern fun to make, and since my reading audience is so minuscule I might as well do whatever I gosh-darn please, gifs have almost taken over this labor of love that I call my Blog. When I discovered Gifsforum, I began to turn cartwheels of joy. It was not only easy to use, but had a fantastic array of options: size, speed, forward or backward, a dozen different filters/effects, the option of compressing frames so that the gif moved like a silent film, even incremental reductions of color that turned them into superb moving paintings.

NOW IT'S ALL TO SHIT. I mean it. All. To. Shit. I go on the site to do my usual fun fiddling around, and whoooshh, it's all gone now except the most basic gif-making, with NO flexibility at all. All those features have been removed. The gifs cook up very swiftly now, but so what? They also look like shit. The large ones once had an almost 3D clarity to them, especially old black-and-white ones of my beloved Harold Lloyd movies. Now you get one size only, kind of a mediocre medium. I can't choose the option of making them smaller to embed in emails and in my posts. Not only that, I was horrified to discover that the ratio is "off" and they look distorted, vertically stretched! I'd go back to the one I started with, Y2GIF, but it doesn't work at all any more. You sit there while that little goddamn thingamabob swirls around and around and NOTHING happens. And your brilliant little gif doesn't exist because you are tired of waiting for it.

Worst of all is the way they describe their primitive gif-making gizmo: "NEW!" Oh yeah, it's new, all right! It's a piece of shit! They're bragging about it being new and improved, when 90% of the capacity of the thing is shot all to hell! So what's the point?  I might as well DRAW my bloody gifs and nudge them with my fingers and hope they will move.)

Posted by Margaret Gunning at 4:58 PM No comments: