Children of the Damned 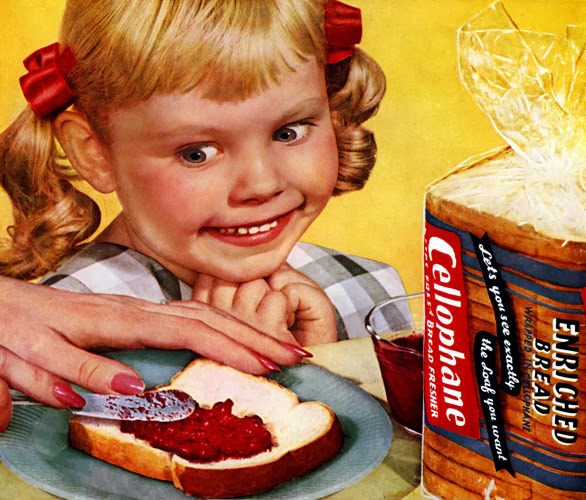 Cellophane Brand bread.
Brings out the vampire in little girls. 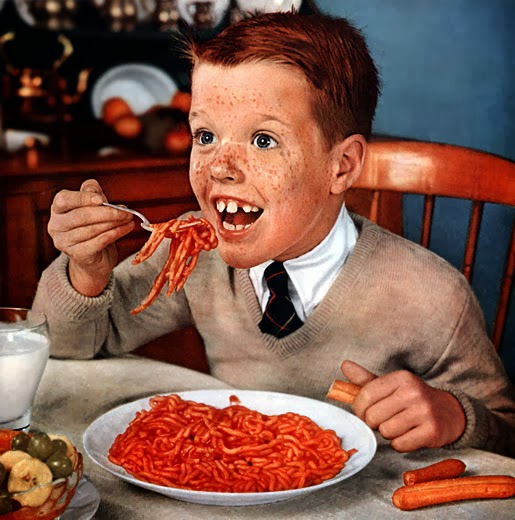 What is this gory mess, and why are there 1 1/2 hot dogs
sitting on the table beside his plate? 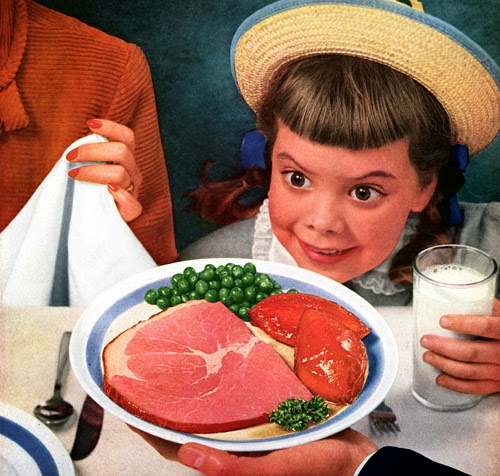 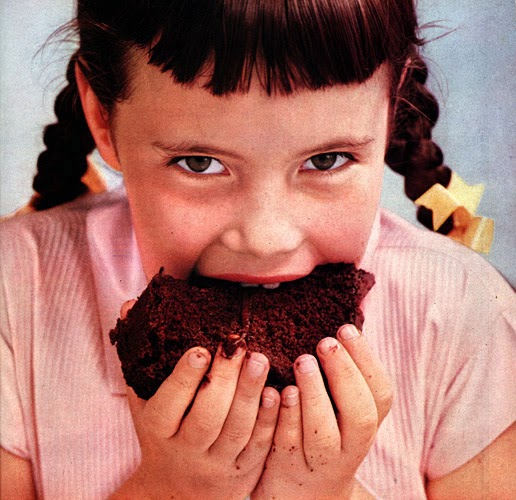 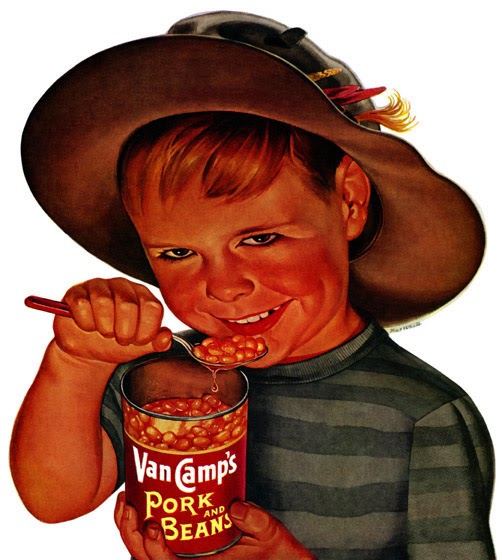 Posted by Margaret Gunning at 11:19 PM No comments: 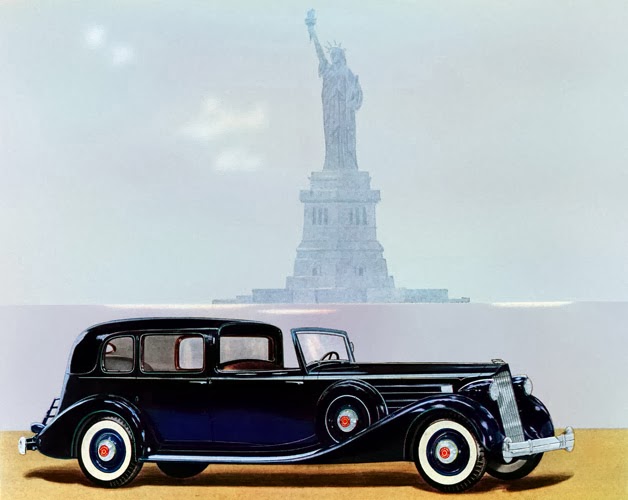 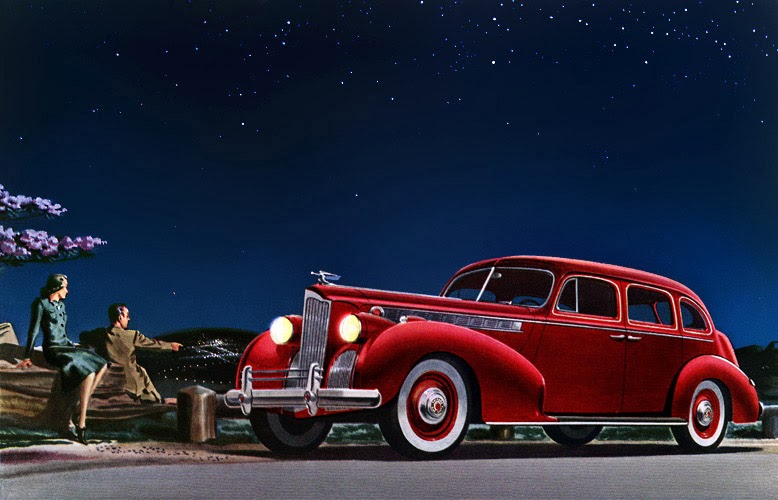 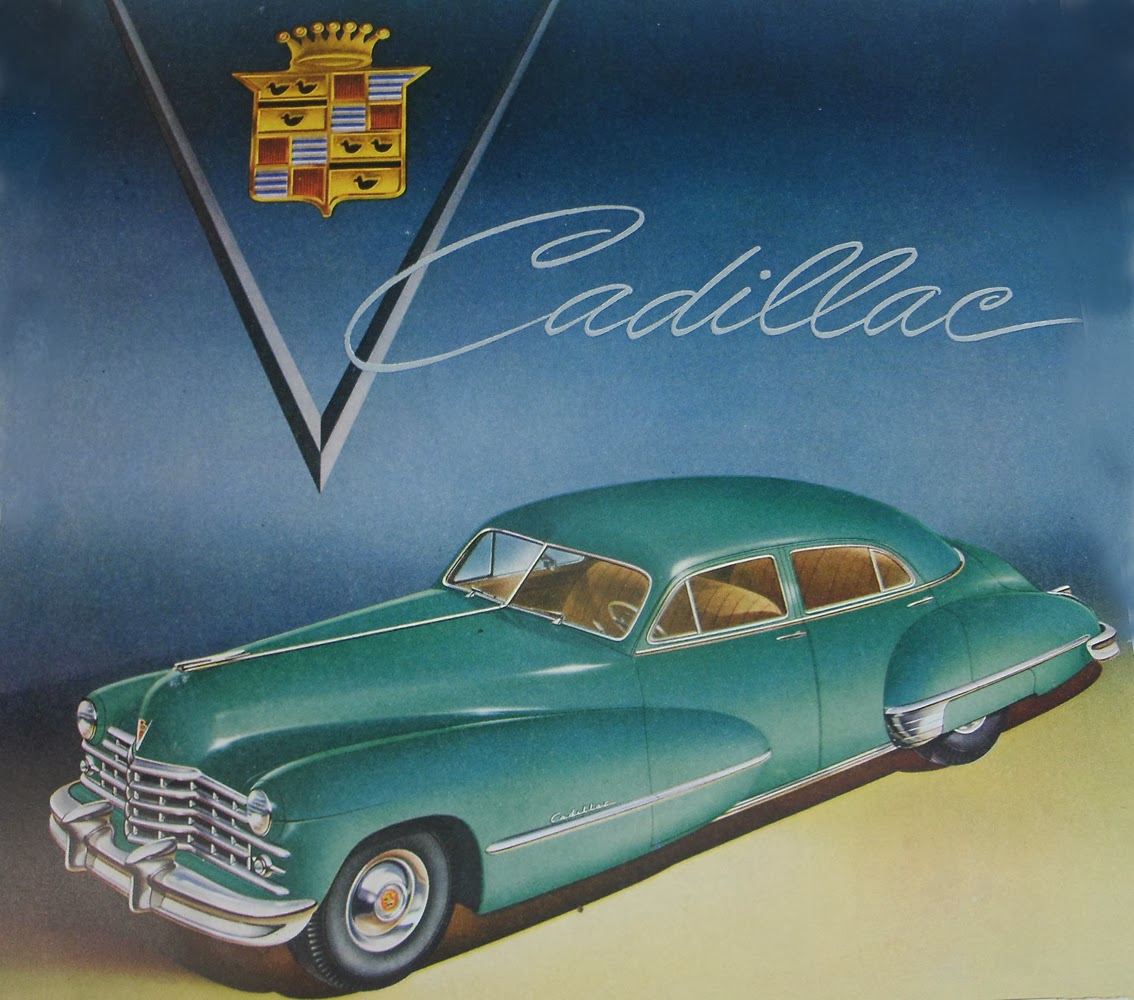 Cars I just happen to like. In no particular order. I like turquoise cars with lots of chrome trim (whatever happened to chrome? People used to brag that their cars had "lots of chrome".) I picked vintage magazine ads because they reminded me of Mad Men, but I cropped out most of the cars so I could use them as Facebook covers. Plus the ads are pretty repetitive, with too much text. I do like the backgrounds on a lot of them, but many of them have a sort of Dick and Jane quality, wholesome, indicating a "family car". (A couple of them are "artistic" in a way that is frankly gorgeous.) Interesting that the two Hudson Hornet ads depict identical cars, reminding me of the Harold Lloyd caricature which was obviously copied from a photograph. Maybe even traced.

Posted by Margaret Gunning at 10:24 AM No comments:

Before they were famous (most of them were nerds) 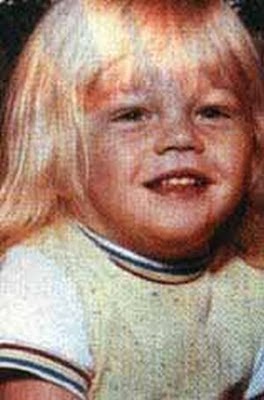