Since I will get absolutely nothing done today. . .

I don't know why I do these things. An obsession is an obsession. But it's a fun one, for the most part. It's waiting for something to happen with my novel that is gruelling. Meantime, since I don't actually own these Harold windup toys, I can play around with them in other ways. I've seen video, a few seconds long (in fact, I'll pull out the gifs I made from it) of the standup figure "walking", or sort of shuffling along. Harold Lloyd memorabilia can cost in the many thousands, including a signed photo I saw for $7,000.00. Some of these may be knockoffs, but they're still valuable as collectables.

Not sure what all the wincing is about, but maybe it's the best they could do to represent a smile.

POST-BLOG: There are variations on the Walking Harold, including a black Harold  who may have been modelled after one of the Nicholas Brothers (named Harold Lloyd, so his parents must have been a fan). I already dealt with this in a former post. But I just now found something very sad. And please be aware that this isn't photoshopped! It's a tin Harold for sale, yes, but "as is". Something happened to his arms and one of his feet, so it's doubtful that he can walk. Maybe we can fix him up with one of those bumper-car-type things? 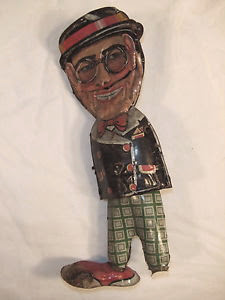 http://members.shaw.ca/margaret_gunning/betterthanlife.htm
Posted by Margaret Gunning at 11:58 AM No comments: 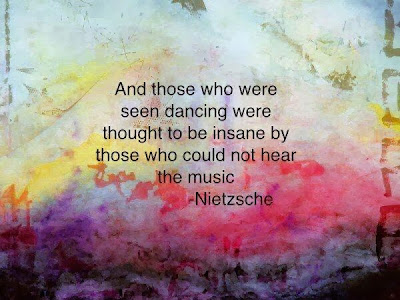 My attempt to post this "elsewhere" was met with a nasty swipe by someone I don't even know (and does not use his or her real name). But I will post it here in hopes it won't inspire comments about my own mental health. They aren't hilarious and hip, but they do isolate and insult. Such bravery when we have no face and no name!
Posted by Margaret Gunning at 10:47 AM No comments:

If I thought my son was gay 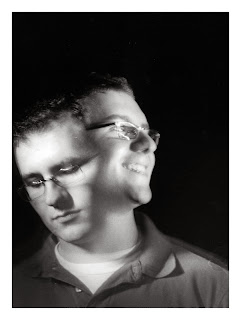 
You know. Bipolar. That's where -


What sort of shit is that?

You know, it's like when you have mood swings?
Shit.
And you take this and it like, levels them out?

Bipolar. That's all I ever hear about. All of a sudden everybody'sbipolar. 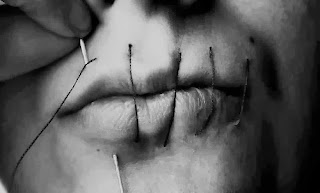 
If I thought my son was bipolar, you know what I'd do?
(seductively) Whuu-uut?
I'd take him out back and shoot him.
You would?
Put him out of his misery. Hell, I'd do it for my goddamn dogs.
So, you'd like. . . I mean, kill him if he was like. . .
Like I said, put him out of his misery. I'd rather he be dead than fucking crazy.
What if he was, you know?
(mockingly, but she doesn't get it) Whuuu-uuut?
You know, gay.
Jesus.
What would you do?
Well. (Thinks, with difficulty). I don't know, I guess if he has a job -
And a haircut? (giggles)
If he was, you know, holding it together. If he kept on going to church.
Does your son go to church?
What the hell are you talking about?
I mean, do you know anybody like that. 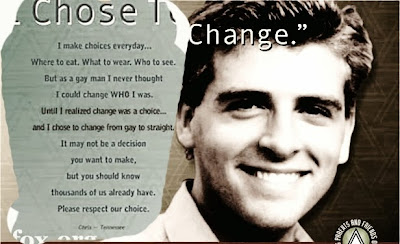 Of course not. But I mean a person can change.
They can change if they're bipolar?
Shit no. I just told you I'd shoot him in the head and it would be the best thing for him.
But they can change if they're you know. . .(coyly) gay?
I saw this thing on TV. Gospel camp, a bunch of ex-gays. Sure, a person can if they want to.
Can they?
Hey, listen. If you were in love with your boss, would you just come up to him and say. . .
Doubt it (giggles).
So you'd keep it to yourself.
So it's OK to be gay if you keep it to yourself.
That's what I'm sayin'. It's a decision, you just don't act on it. 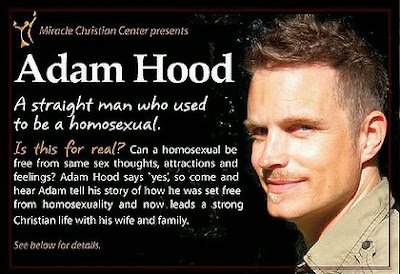 So if you're like, heterosexual, you can just decide not to act on it.
I guess maybe. . . I don't know, that's different. But I guess so.
So being gay is OK so long as you don't act on it.
If you don't make a big deal out of it. Just keep it to yourself.
But if you're bipolar -
I told you, I'd blow his brains out.
What if he like learned to, like, keep it together? Kept on going to church. 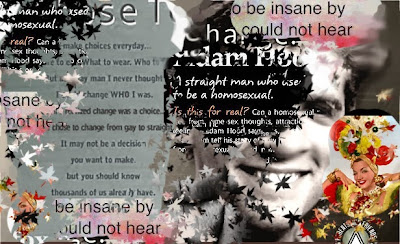 I see where you're going. No thanks, dear, it's a whole 'nother issue.
I don't believe you.
I told you already. I'd do it out of love. I'd do it for one of my dogs, and I'd do it for my son.
But is it OK if you, like, keep it to yourself?
Forget it, darlin'. Mental illness is the end of the line.

Posted by Margaret Gunning at 10:09 AM No comments: