Insane Jane and other medieval horrors 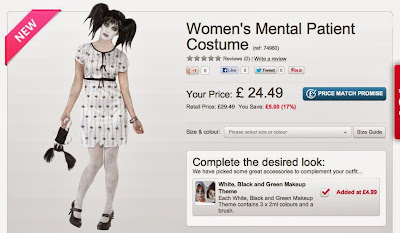 About all I can say is that the above article about a woman's valiant struggle to find help for her son is heartbreaking, and too true. We are still in the dark ages when it comes to mental illness. We avoid, look away and nervously change the subject. We don't help, so afraid we'll say "the wrong thing" that we say nothing at all. Or, perhaps worse, try to fix it: "Here, read this book, it's saving my life." "Dr. Oz says it's nutritional." And so on. 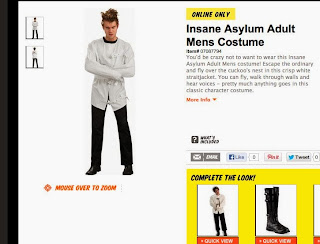 It's true, no one comes to help or bakes brownies or any of the stuff they do when someone breaks a leg. Breaking a leg is a day at the beach compared to this stuff. Feeling alone and, in particular, feeling ashamed, being sure it's your fault, is the worst thing of all. But if no one comes to visit, isn't that the message, isn't that what they're telling you without words?

There are certain "helpful" phrases which kill: "Why don't you just" and "can't you just" being among the worst. "Just" has nothing to do with an intractible brain disorder or a deep conviction that your life is worth nothing. And it implies that you're lazing around not doing anything about your problem simply because you lack motivation. "Just" implies simplicity and even ease, and if you don't see it that way, you obviously need it pointed out to you "for your own good". 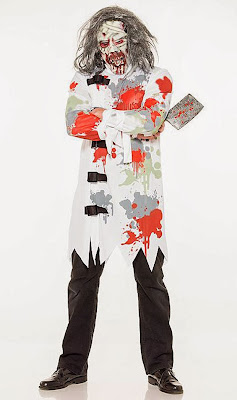 I have nothing more to say about this, except that people should WISE UP and stop being such insensitive assholes and get with reality: mental illness can happen in ANY family, it's not a disgrace, and people in this situation need support and understanding and compassion more than anyone else in the world.

Enough said? Of course not, but I'll stop now because I am very, very tired. 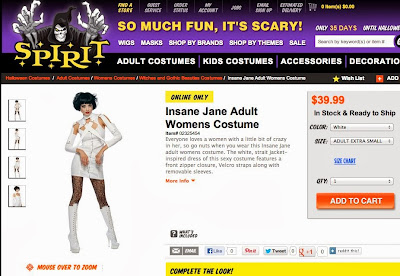 POST-BLOG comment: These are ads are for widely-available "mental patient" costumes for Halloween. Nobody seems to question them or even notice them. It's a joke, apparently: don't you have a sense of humor? These folks are funny, aren't they?

I've seen them, along with a mockup of a "mental hospital" in my neighbor's front yard. Accompanying it was a sign: DANGER! ESCAPED LUNATIC! I wonder why we don't see any Parkinson's costumes, or MS "fancy dress" costumes, complete with bloody straightjacket and axe. But these conditions aren't horror-movie stuff, and I guess "craziness" is. Society retains a medieval dread and horror of old-style mental institutions, like something out of Amadeus,  but meanwhile people with mental illness have been turned out on the street with NO support of any kind, not even minimal shelter or food. The thinking seems to be: if we treat them as if they don't have an illness, then they will ACT as if they don't have an illness. Once more, society has its head up its ass so far it can't see the light of day. 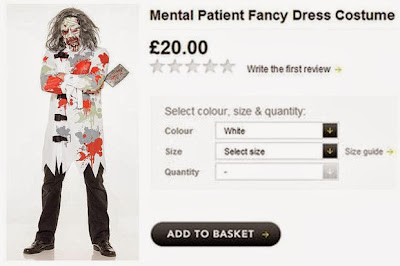 Posted by Margaret Gunning at 2:25 PM No comments: