Who wore it better? You decide 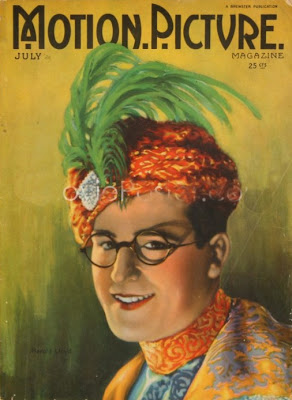 I have this habit of blogging first thing in the morning, and last thing at night. The rest of the time I am in purgatory.

I mean that the editing process, the next step in preparing The Glass Character for publication in the spring, makes me feel kind of like I have glue in my veins. Or sludge. The process is oh, so long, so hard, extremely tiring and frustrating, and an all-around pain in the ass.

But soft! What's this? What light through yonder window breaks?

Oh, he looks beautiful, mind. That's not the issue. The turban, feathers, etc. are, well, rather becoming on him. He smiles softly, beguilingly. He looks not only comfortable, but content. 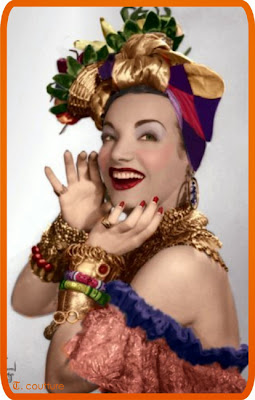 No, this isn't a Before/After shot, it's Carmen Miranda, famous for her banana-headed tropical outfits and shimmying around the stage. I can't imagine Harold shimmying - well, actually, he DID do a "shimmie" in one of his earliest pictures. I just find the resemblance striking, is all, though it could be that Harold is a touch more feminine.

I don't see him that way, never have, though a person I used to call my friend said (having watched her first and last Harold Lloyd movie): "Why do you like him? I thought he was gay." As if that's all that matters about any human being, a quick way to dismiss, to write off. 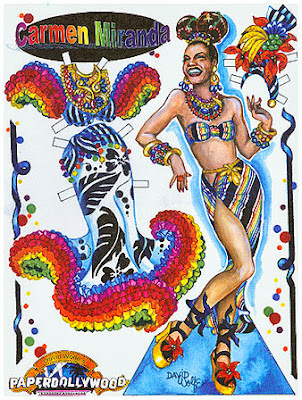 I have a bit of an insight here: this bizarre magazine cover (which I am convinced is real: it appears in too many places not to be, including in its original form on auction sites) could possibly have something to do with his lifelong involvement in Masonic orders and the Shriners. I've always been convinced these fellows are just a sort of Dull Men's Club, but lately, what with all this Illuminati stuff coming out, and all these TV shows that claim the image on the American $1 bill is some Satanic thing-or-other, you never know. Then there was all this CIA stuff during the Cold War, the mind games and experiments. Surely Harold wouldn't be mixed up in all that, would he? He looks too innocent. Or was this just a get-up for one of his pictures? I can't remember one where he looked quite so fetching.

And orange is definitely his colour. 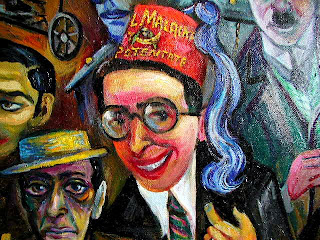 Posted by Margaret Gunning at 12:21 AM 5 comments: