Kind of a crap day, got nothing done, can't win 'em all. Then there was that entire bag of Sweet n' Salty popcorn. Scarfed it in five minutes. Why do I do these things?

I remember this from an old VHS tape I used to watch to distraction, called Harvest of Seven Years. It was, well, the harvest of the first seven years of k. d. lang's illustrious career. I could've seen her, see, I mean I could've seen her live, but I didn't because I didn't know who the  hell she was. She came to Hinton, Alberta while I lived there, and as with the Supremes coming to Chatham in 1963, no one knew quite how to respond. This was Something Different, a strange boyish figure in a cowgirl skirt and cutoff boots. And without the voice, I suppose she would have odded herself out a long time ago.

Here she plays a demented crimplene-clad housewife proclaiming the virtues of a bread called Pollyann. The thing is, I know this was real. Because I lived in Hinton in the '80s, I knew about Pollyann white bread, squishy enough to be a pillow (except it didn't bounce back). It came in a plastic bag, like every bread did by then, but somehow the bread tasted more like the plastic than it was supposed to. Pollyann in its poly bag was advertised on the radio, and I remember it being sold at the Tom Boy store, 3 for $1 or something. The Beach Boys Greek chorus is a bonus.

(For some reason my Giffinator isn't working very well today and is rejecting most of my videos. These were the only k. d. lang ones it would spit out. Here the youthful k. d. strongly resembles Tobey Maguire.) 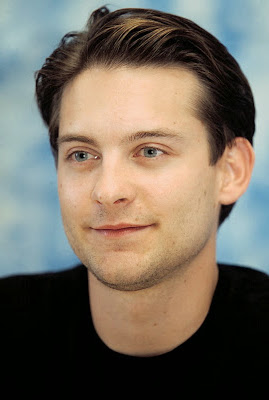 http://members.shaw.ca/margaret_gunning/betterthanlife.htm
Posted by Margaret Gunning at 4:20 PM No comments: