Oscar, reclining and reflective, begins to dream. He dreams he is in a vast concert hall. . .

. . . playing Gershwin's Concerto in F with his cigarette-stained fingers. . .

. . . and likewise the  percussion, he's really playing (an early
example of cloning, or else he accelerates himself to the speed of sound)

Cute with a gong (and doesn't he look a bit like Buster Keaton?)

Poems from the Land of Random (or: it's my painting and I'll cheat if I want to) 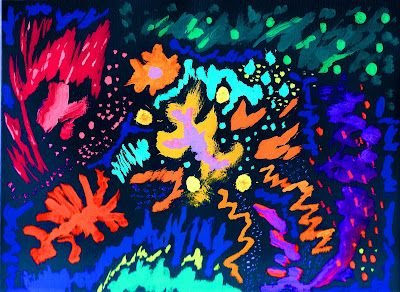 I would say that you are springtime,
That lambs
could not be lovelier: laughing bells
Of eyes bright with seeing,
the shining, shone of you.

I would say that you are a
Renaissance painting
of a beautiful woman:

so restored
that the paint gleams; its sheen
Fresh from the brush; its wetness
smelling new.

I would say that you are living
Water:  I see tiny
perfect selves, suspended
upside-down in the silver
Merriment of your eyes.

If true, then I would say that you are
Not my brother; but some other; some
me not yet thought of; next year’s 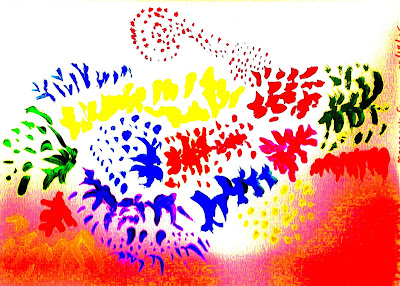 The one thing we shared
that day, after the wrench
and wrangle of misunderstandings,

pride, ego batted back and forth
like an exhausted bird,

was the look, that precious, that infinite, the
tinkling of camel bells
five thousand years ago on the Syrian
desert, with one gleam

(a star the size of Christ, or a
small diamond
briefly appearing on your
perfect front tooth)

Sideways, barely caught, like the music
that breathes over the horizon at very dawn,
hush of Bach unravelling in the
midst of my tears, fragile veil of flowers
pulled aside, revealing a shyness, a sweet

almost succulent, bashful ripeness,
all this bloomed, bloomed in less than a second –

then
quicker than a cat off a windowsill,
your face relaxed into its
Forty-four years of God knows what:

but for that flash, that flush, that sprinkling moment of
stars pale as laughter, 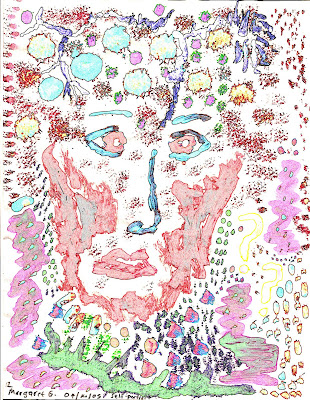 I just don't know what to wear

even tho I know

I bought this skirt
but it was for a recital

She was alive yesterday
though
/   not eating 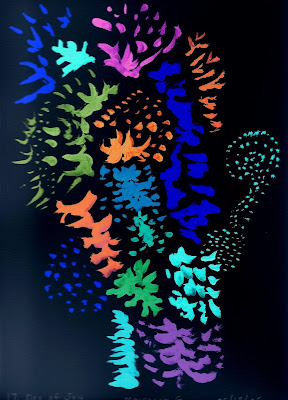 
My heart unclasped
one day in your office,
suddenly, all in a shot, the catch
broke loose, and it
fell behind a pile of files.

I did not mean to;
it was an accident of gravity.
Earth reached up and pulled it down.

I stood dizzy,
my centre lost, the core
Riven.  It felt silly
to lean over like that.

There was no way to put it back.
The space had grown over already;
the fall had changed me.

I left that place different,
Looked outside.  The light
hurt my skin.  The world
was a new color.

I wiped my eyes, and kept on walking.
A small place
in my chest
Grew still with singing. 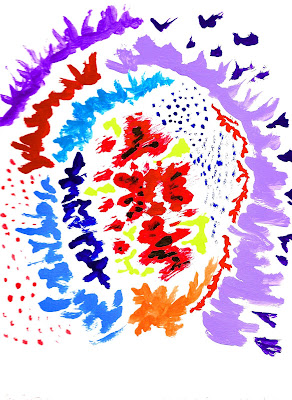 I am the salt
you are the sweet

(horse) of the air,
au clair

ah! care,
clover
to the/stables,
We.
Drenched with the scent
of hens of hay
dear
of tree:  your/odor

Lip, let me laugh
You.  Set the salt

Sally, sashay down
The hay of my mind.

pitched down
to the base of the soul

opened for a song,
shut open,

Wept for a penny 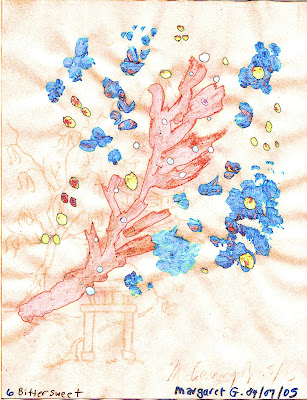 Blogger's note. NEVER explain poetry. Ever. So now I will explain it a bit. I sometimes trawl/crawl through the files to see what I can see, and so I won't have to write anything that day. Lately I've happened upon poetry, stuff I mostly wrote a long time ago. But there are surprises. The stuff I was SURE was good then has somehow changed. Now it's not so good. The really slight stuff, the ones I felt I tossed off, feel better to me now. I actually like some of them.

The paintings, well. . . I originally painted these during a fever of creativity that I would never want to repeat, the type that requires medication. I was sure they were the best things ever painted, so I kept them. When I found them I went, whew, oh sure. The paper was all yellowed and bumpy from using too much poster paint. So scanned them and basically forgot about them.

Then every so often I'd find the file and fool around. My computer wasn't up to much on altering color, focus, etc. Then I got a new computer, and bam. I was inverting them into negatives, increasing saturation to make up for the fade of time, turning dials and knobs. It's cheating, I know, but is it really? It's my painting and I'll cheat if I want to. I still have to fool around to get the effects I want, or (better) to happen upon things I never even counted on. Somebody has to do it, I guess, and if it's me, isn't it still my painting? And I'll cry if I want to. 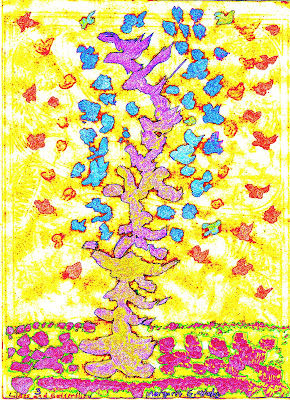 Posted by Margaret Gunning at 9:20 AM No comments: 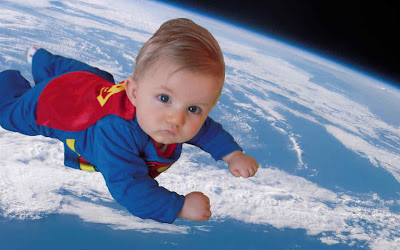 http://margaretgunnng.blogspot.ca/2013/04/the-glass-character-synopsis.html
http://members.shaw.ca/margaret_gunning/betterthanlife.htm
Posted by Margaret Gunning at 9:19 AM No comments: