A bad idea whose time has come

By now you might have guessed that I like making "giffs", as they're called by us tekkies. Until I was sternly reprimanded by Sheldon of The Big Bang Theory, I always used to called them G. I. F.'s, sort of like T. H. E. Cat (my favorite show ever). At any rate, I have a tendency to make these late at night, losing track of time until I am too tired to even feel it any more. On my giffinator site, it says I can now "reverse and append", and this worked out nicely with my homage to my favorite automobile (next to the one in My Mother the Car). . .

The Edsel, while plug-ugly, expensive and prone to breaking down, was pushed as the Next Great Thing in lugg-zhurry cars, in 1956 or whenever it was. It had that stretched-out powerboat look that stayed around until well into the '70s, vestigial fins, and something like a toilet seat stuck on the front (also described by critics as a horsecollar, a sewer drain and a metallic cunt). Never mind! The Ford company was sure this was going to be "it", the best thing to chug along the turnpike since the Model T.

Yes. This is about as far as the Edsel got.

If you just wanted to drive it up and down your driveway and never go anywhere, it might work out OK, but if you got halfway down the street, the neighbors might start to talk.

- Oh Lor', what IS that plug-ugly thing?

However, this clip demonstrates the Edsel would probably be pretty efficient at running over your neighbor if you didn't like him.

What I love most about the Edsel is that it's self-aware. It knows where it's going. It knows its own future, in fact. How many of us can say that of ourselves? Can we look into the mists of the unknown and realize what Fate has in store for us?

A Little Bitty Tear (and/or: a special guest appearance by Matt Paust!)

Sylvania (found poem: I must have written this sometime)

I have dwelled in the land of     don’t want to
Very long, and find now I can trudge sunwards
If I try real hard

(But I must try real hard)

I had the wrong heroes when I was a girl, the curse,
the Sexton disaster,
and Plath most of all. That Sylvan creature: a spirit that lives in or frequents the woods
and surely, her best bursting blackberrying poems glistened with the slippery reality of nature. 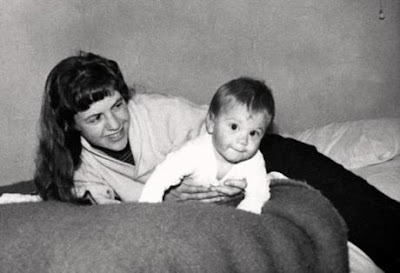 I always thought in terms of an Autoplatt, an Automat, some autocratic near-Nazi standing at the blackboard with glistening blue eyes. Well, what did she know about his intellect anyway? Only that his foot rotted off, had to be lopped, but it was too late,

Because Autoplatt had decided to die.

Because Plath had decided to die. 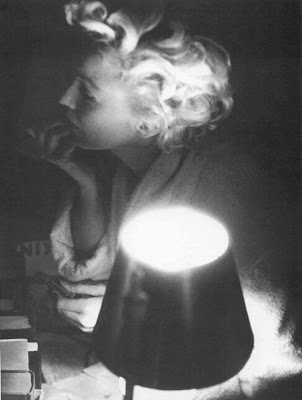 Death ripples along, unfortunately, vibrates sympathetically like a guitar string,
While the rest of the family clutches itself and can’t breathe.
No, no, not another suicide, this one I can’t bear,
Not Assia, that bitch, we knew she was evil,
And the villagers never liked her
Surely even the weirdest witch wouldn’t take a toddler with her


What if that girl had grown up? But she didn’t. 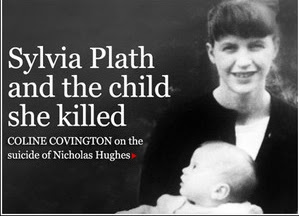 Sylvia, she of , vain and full of mania
Was called “Sivvy” as a child, and maybe it’s more appropriate,
Since she was something of a sieve: all affection drained away.
Hey, how does this shit happen anyway? Is it a defective switch, some faulty wiring that can be fixed with a drug, a plug, electric slug?
Does it run in the blood, worm through the spiral of DNA, scream through the genes?
The circular path is a dizzy one, and it’s easy to get lost.
And look at the cost.

Sylvia, , creature of the night, firefly, Tinkerbell,
Enchanted woodland sprite,
We saw you in your sweaters, all angora, and that lipstick like Lana Turner,
And the cinched-in belt, and the claim of biting Ted’s cheek until it bled
As if to say: Look how sexual I am, look what an animal.
Did she ever really have an orgasm? 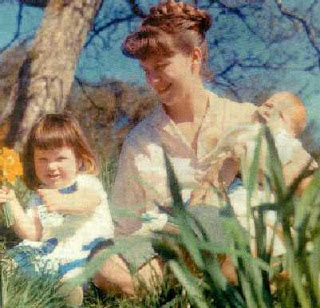 When famous, poets take on a robe, become the thing they are painted to be.
Vaunted.
This was just beginning to happen.
But by the time fame came, it was too late, her heart had been removed again
But this time not shoved back in upside-down.

“If I’ve killed one man, I’ve killed two,” she bragged in her manifesto of paternal hate: as if Ted Hughes had been rammed down her throat, as if she had no choice. She could have picked a faithful, more generous man. Could she? Would she? But she picked another poet. Was she mad, I wonder?

What is crazy? The categories bleed into each other. Plath was this, she was that. Today she’d be bipolar, because it’s the diagnosis du jour. And lithiumed, and Seroquelled, or even Lamotrigened. Purists would say this would kill her art for good. 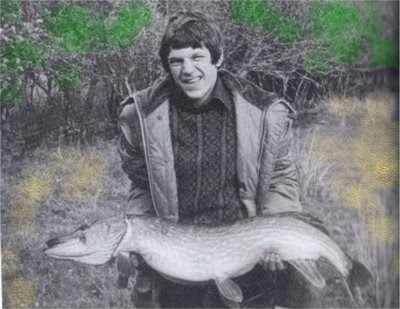 Better to be walking around, so you can at least feed your kids grilled cheese sandwiches instead of leaving them there like some primitive beast rejecting your young?

Oh no, she had to live on her terms! But what terms? And do you call this living?

I hate this, I want it gone. I hate life too, I’ve tried to die, but it was sickening, embarrassing, I was no good at it. I have only spurts of joy in living, but I have them. I am happy “in” certain things. Not the rest.

Sylvia wouldn’t have it. All or nothing at all. And chose nothing.

http://members.shaw.ca/margaret_gunning/betterthanlife.htm
Posted by Margaret Gunning at 1:43 PM No comments: