What got me onto this, I wonder - or was it the sight of all those automatons, eerie creatures from another time or even another level of reality?

Then I got a load of this guy, this Little Tich.  He seems to embody surrealism in a way that makes my heart glad, if a little scared. 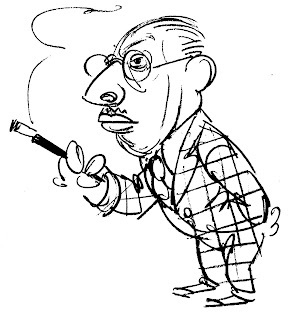 And it helped me connect a few dots that I thought were light-years apart.

For several decades now I've been chasing down a Stravinsky album called Favorite Short Pieces. It had some gorgeously eccentric stuff on it and in my teens, when I was in the midst of a Stravinsky fit, I listened to it all the time.

All my internet sleuthing got me nowhere - if it existed at all, it was only on vinyl. But then today - a brainwave - if I got a playlist of the tracks on said album, couldn't I try to find the individual pieces on YouTube?

And by the holy - I did - I reassembled all seven works, not in any order or by any particular artists, but who cares, I have it all now. So how on earth does this connect to the video?  Ah.

My first awareness of Little Tich (who sounds like he has some sort of skin condition) came from reading the liner notes of Favorite Short Pieces. Stravinsky wrote them himself, in his usual dry, droll manner. He claimed that the second movement of his Eight Instrumental Miniatures for Fifteen Players was inspired by "the manifold eccentric appearances of the celebrated English clown, Little Tich."

And that was all that happened, until I began to read about Oscar Levant. 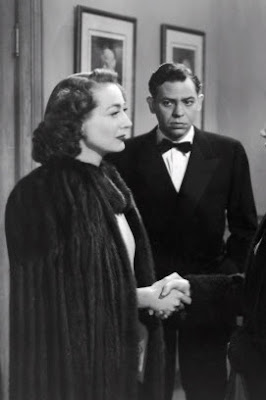 Stravinsky, Oscar Levant. Little Tich. . . hold on, these dissonances do relate. There was a great tidbit in the fascinating but painful-to-read bio of Levant, A Talent for Genius. Levant liked to hobnob with (some might say suck up to) musical geniuses such as Gershwin and Copland and Horowitz, hoping something would rub off. His encounter with Stravinsky was memorable. This is a long quote, but worth transcribing:

"One day Igor Stravinsky visited the Warner Bros. lot and dropped in on Oscar Levant during a break in the long workday. Wearing black tie and tails and balancing a cup of coffee on his knee, Levant received the composer of Le Sacre du printemps in a quiet corner of the movie set. Levant greatly enjoyed the spirited, fiercely opinionated Russian. Between takes he had been reading a life of Ferruco Busoni, the Italian pianist and composer, so he knew that Stravinsky had met Busoni only once, despite the fact that they had lived just five miles from each other in Switzerland during the First World War.

"Why did you visit Busoni only once?" Levant asked Stravinsky. 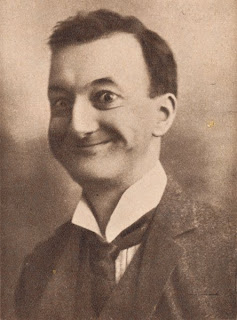 It's the kind of remark you like, but you can't quite determine why.

Anyway, about Little Tich. . . I was chopping my way through Levant's Memoirs of an Amnesiac - a fascinating and nearly unreadable book, the last fourth of which takes place in a series of mental institutions - and I came across the name again - I couldn't believe it! It was Little Tich! Not only hadn't I heard the Favorite Short Pieces album for over 40 years, I hadn't heard one mention of this creature and had come to think of him as chimeric, maybe a product of Stravinsky's fevered imagination.

I wish I could find the exact quote, but you're going to have to trust me that he did talk about Little Tich. I wish I remember exactly what he said: memoirs don't have an index and I've already chopped through enough of it.  I don't want to fall into the Levant memoirs again: the man had talent to burn, and he burned it. Not only that, the name-dropping is deafening. He seemed to have an almost pathological need to align himself with the "greats", even if it was only the likes of Frank Fay or Shirley Booth (or the nightmarish Al Jolson). 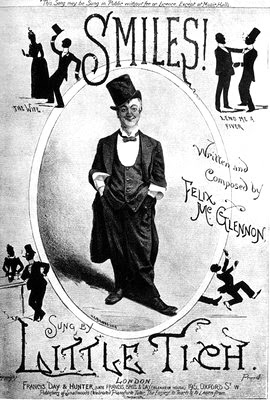 I just have to tell one more story - I shouldn't, and I know I already told it many posts ago. Levant was playing the sidekick in a movie called Humoresque, starring the ferocious man-eating diva Joan Crawford. He noticed she always brought knitting on the set with her and worked at it furiously between takes. She regaled the cast with amusing stories about her obsession: oh, I knit at dinner parties, I knit on airplanes, I knit in restaurants, I. . .

"Do you knit while you fuck?" Levant asked.

CODA. When I got up this morning, I thought: damn! I have to find that reference to Little Tich. You know, the one in Oscar Levant's Memoirs of an Amnesiac. I KNOW it's in there somewhere (probably near the beginning of the book). So I went page by page, and on page 31: JACKPOT!

This is one of his charming, hair-raising mental hospital anecdotes, particularly heartbreaking because he demonstrates the same eccentric, devastating wit that made him so famous:

I remember one patient, a little girl who had a horrible splash of acne on her chin and always carried a box of Benson and Hedges cigarettes. She would jump into my lap like Little Tich (and that`s regressing to before I was even born) and make a big fuss over me.

There was one nurse of whom I was very fond. Her name was Nan.

I guess Little Tich (fortunately I forget her real name), who was so fond of me, resented Nan because she was very attractive. One day she hauled off with all her might and slapped Nan`s face. Nan didn`t move; she didn`t hit back - some of them do.

Little Tich was like a bantamweight version of Tony Galento. Later she got to hate me. We had to use the same toilet. God! The choreography that went on in there! She was the craziest kid I ever saw, but she also had more perception than the other patients. Sometimes the more ill you are, the more perceptive you are.

CODA TO THE CODA. Poking around, you always find out more. I loved this little Stravinsky anecdote:

Stravinsky's unconventional major-minor seventh chord in his arrangement of "The Star-Spangled Banner" led to an incident with the Boston police on 15 January 1944, and he was warned that the authorities could impose a $100 fine upon any "rearrangement of the national anthem in whole or in part". The incident soon established itself as a myth, in which Stravinsky was supposedly arrested for playing the music.

Just playing around (driving myself crazy)

Email ThisBlogThis!Share to TwitterShare to FacebookShare to Pinterest
Labels: going crazy, making your own gifs

The most beautiful thing I have ever seen 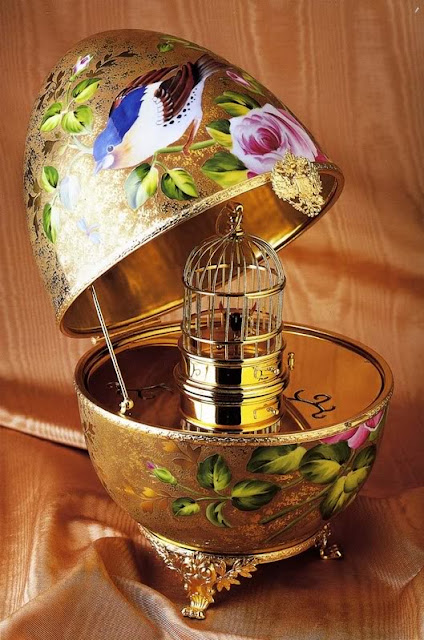