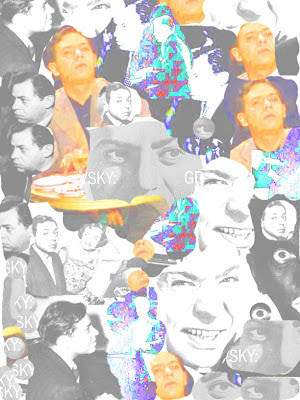 Posted by Margaret Gunning at 10:56 PM No comments: 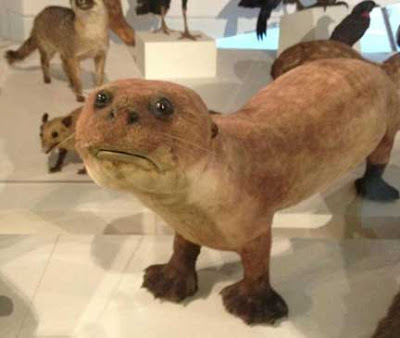 I don't know how I stumble onto these things. What was I looking for? Not THIS. Not this "what-is-it", unidentifiable: maybe an otter with the mumps.

There is a whole art form out there - in fact, you may have seen some of it in old museums (reminding me of Dylan Thomas and his "museum that should have been in a museum"). In those days, "lifelike" expressions mattered more than anatomical accuracy, often with truly hideous results.

There are sooooooooooooooooooo many of these photos out now, probably due to a Facebook page called Taxidermy Gone Wrong. Now it has mushroomed like amanita, blossomed like a patch of lethal bacteria on a petri dish. Bad taxidermy: it's everywhere! 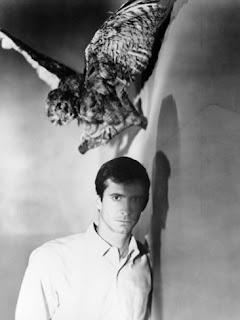 I think Norman Bates was the gold standard of taxidermy, posing his owls and other predatory birds in such realistic ways that it made your scalp prickle. One pictures him sitting there with his little needle and thread, and that stuffing that my mother used to call "cott'n batt'n". And, of course, scissors and a knife

Killing and gutting the birds doesn't bear thinking about.

But bad taxidermy (not the meticulous kind Norman practiced in the Bates Motel) is now a kind of found art. There are lots of cutesy poses where squirrels fire six-guns and rats pose as the Pope, but I'm not too fond of them because they're obviously supposed to be kitschy and bad. Some of these examples look like earnest attempts, which only adds to their horror. Pets are the worst. Did someone actually pay for this, to have Fido or Fluffy rendered Satanic for all time? 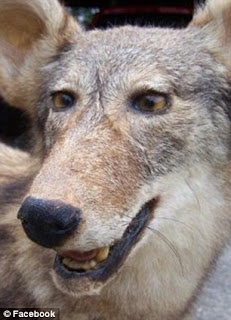 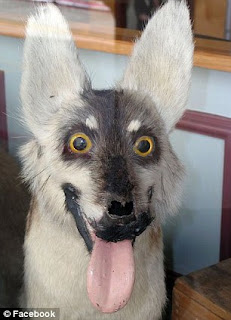 Somebody must have had the thought, somewhere, sometime, that this was a good way to stuff a dead pet. It may have been someone's idea of human-looking eyes. Fine, if your favorite human is a raving lunatic! That second one looks like he had one too many caramel macchiattos at Starbuck's. 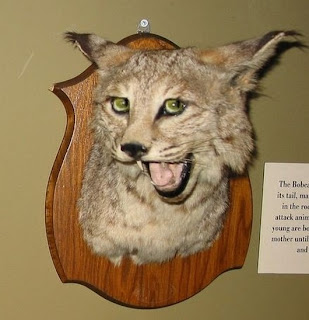 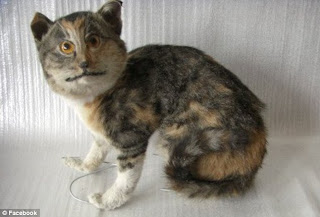 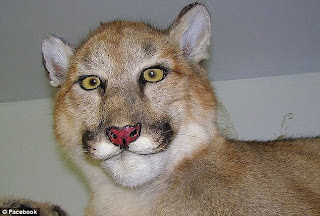 As with the Royal Family, some of these cats should have been strangled at birth. With their deranged expression and eyes set too close together, they're obviously as inbred as the Hapsburgs. In fact, the puma (above) looks like he's about to go marry his favorite niece. 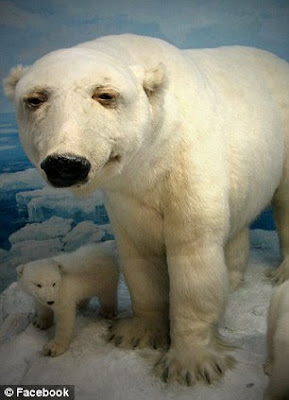 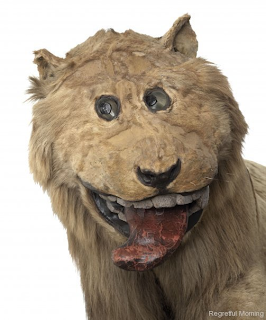 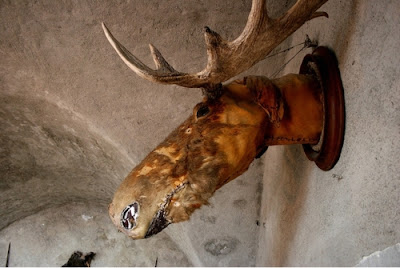 Oh Lor', oh Lor'. . . a polar bear with a hangover, a prehistoric Muppet, a tubular moose. . . Did this taxidermist ever SEE a moose, did he have any idea what one looked like? 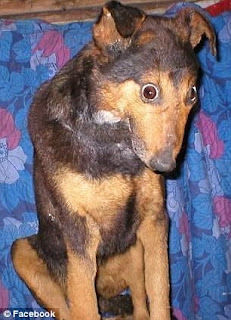 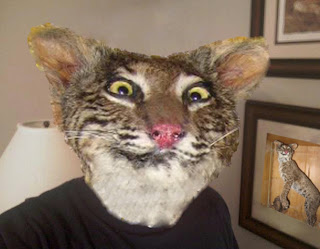 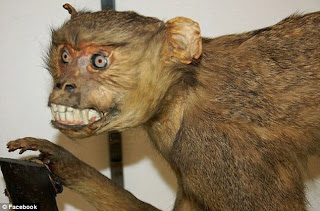 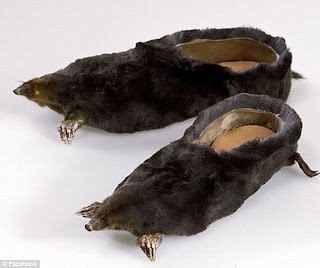 Taxidermy slippers! These were either made from the world's biggest moles,
or meant to fit a Chinese woman in the 17th century. 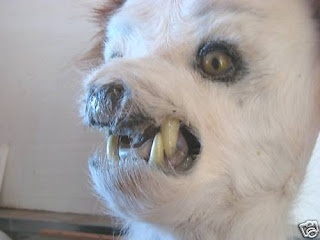 Another "what-is-it?". Don't know what happened to its nose. 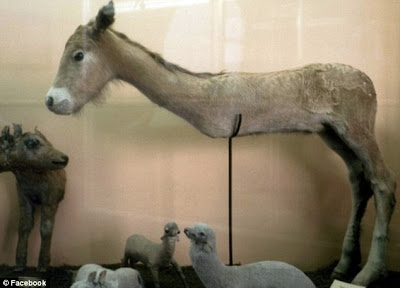 My personal favorite. It's easy to see how it died, but. . .