I've tried to ignore it up to now. God, how I have tried! But because I'm interested in literary trends, I couldn't help but notice something:  in all those year-end summaries for 2012, just one book (or series of books) was at the very top of the list.

I don't think I need to tell you which one it was: Fifty Shades of Grey, a sort of Dairy Queen soft-serve of female pornography. Its wild success has left publishers everywhere feeding all their well-written novels into the shredder and beating the bushes for women who can't write, but CAN fuck, or at least fuck their female readers' minds.

There was so much written about this remarkable phenomenon (warmly applauded by publishers on the verge of bankruptcy) that I decided to narrow my search and just read religious views. I thought they might be more entertaining. Then I was so overwhelmed by all that stuff that I narrowed it down even more, restricting myself (with a taut silken tie) to Catholic views.

I don't know about you, but it makes me squirm just to think of Catholics having sex (though they do have lots of children, don't they?). It makes me squirm even more, as if my hands were wrenched behind my back with cold, hard handcuffs, to think of the Pope writing about simultaneous orgasm (if such a thing even exists). I found this juicy tidbit on a site called The Catholic Realist. This is from the comments section:

I’m not judging the book or you but I have one question, Is there a better book you could have read, a book with Christian values, instead of the 50 shades of grey book?

What a great question! If there is, I don’t know of one…and that’s a problem. The Catholic Church has some amazing books written about holy, married, sex, but most of them are written in a way that’s inaccesible for the average person. Pope John Paul II’s Love and Responsibility gets pretty specific in talking about what an ideal sexual encounter between a married couple looks like – including suggestions on using foreplay to build up to the woman’s climax so that both spouses can ideally orgasm together. But as much as I love JPII, his book is not an easy read – it’s not super accessible.

But still, having someone tell me not to do something is pretty arousing in itself. I haven't read these religious sex how-tos any more than I've read the Fifty Shades trilogy (which is supposed to be one of the biggest buckets of swill in literary history), but only because I couldn't get through them without going into cardiac arrest. 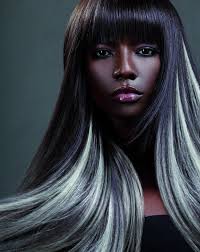 This passage also interested me. It's a sort of inventory of cliches that keep repeating in Fifty Shades:

According to my Kindle search function, characters roll their eyes 41 times, Ana bites
her lip 35 times, Christian’s lips “quirk up” 16 times, Christian “cocks his head to one
side” 17 times, characters “purse” their lips 15 times, and characters raise their
eyebrows a whopping 50 times. Add to that 80 references to Ana’s anthropomorphic
“subconscious” (which also rolls its eyes and purses its lips, by the way), 58
references to Ana’s “inner goddess,” and 92 repetitions of Ana saying some form of
“oh crap” (which, depending on the severity of the circumstances, can be intensified to
“holy crap,” “double crap,” or the ultimate “triple crap”).
…Ana says “Jeez” 81 times and “oh my” 72 times. She “blushes” or “flushes”
125 times, including 13 that are “scarlet,” 6 that are “crimson,” and one that is
"stars and stripes red.” (I can’t even imagine.) Ana “peeks up” at Christian 13 times,
and there are 9 references to Christian’s “hooded eyes,” 7 to his “long index finger,”
and 25 to how “hot” he is (including four recurrences of the epic declarative sentence
“He’s so freaking hot.”). Christian’s “mouth presses into a hard line” 10 times. Characters “murmur” 199 times, “mutter” 49 times, and “whisper” 195 times
(doesn’t anyone just talk?), “clamber” on/in/out of things 21 times, and “smirk” 34
times. Christian and Ana also “gasp” 46 times and experience 18 “breath hitches,”
suggesting a need for prompt intervention by paramedics. Finally, in a remarkable bit
of symmetry, our hero and heroine exchange 124 “grins” and 124 “frowns”… which,
by the way, seems an awful lot of frowning for a woman who experiences “intense,”
“body-shattering,” “delicious,” “violent,” “all-consuming,” “turbulent,”
“agonizing” and “exhausting” orgasms on just about every page. 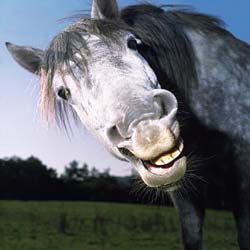 I have another theory! Here it comes - it's evil, wicked and sinful.

These are books that make women (especially middle-aged women who are frustrated and perhaps inorgasmic) begin to experiment with self-pleasure, something they may have avoided because our culture still thinks that female sexuality is dirty, smelly and dangerous, and never a force for good. 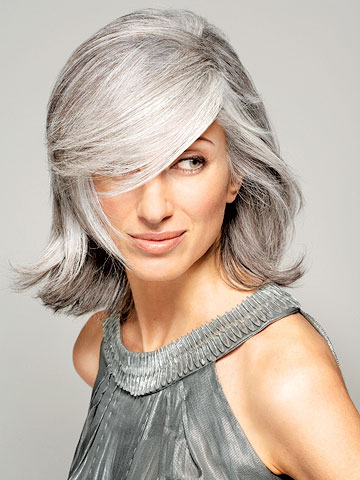 We're not supposed to touch ourselves "down there", are we? It feels too good, and besides, it does not serve the needs of our Master (not God, but our potbellied, stubbly, burping, useless husband). And God might not like it either, though up to now he's never really said anything about it.

It's not goal-directed. It does not serve the marriage or serve the Lord. It does not help us conceive yet another baby.  All it does is give us pleasure, and for God's sake what makes you think THAT is OK? There is an organ of the human body (ONLY of the female body) which has no other purpose whatsoever than to give pleasure. So much pleasure that, indeed, it can and does trigger orgasm. Furthermore, religious teaching tells us never to touch this organ. Only our husbands may touch it, but for the most part they don't because they don't know where it is or, in some cases, that it even exists.

So we carry this thing around, dormant. Then along comes this hot book, a lowest-common-denominator kind of thing that the most meagre IQ could understand, and all of a sudden women are starting to get ideas.

They're starting to get ideas about pleasure.

About female pleasure, and about how they've pretty much missed out on it because they are waiting for their stupid-ass husbands to figure out where their clitoris is.

But maybe one day they realize that this whole thing can be a do-it-yourself job. And THAT is the day of sin and God's retribution, of thunder and flame descending to envelop the world!

There's this impossible sexual ideal around, and it would be great if it ever happened, that a couple can feel intense passion for each other for 50 years and always experience simultaneous orgasm with no prior stimulation at all. After all, it only takes him 15 seconds. So what's HER problem?

I was going to put a cute poem here, then felt sick and couldn't do it. This lame-o idea was forced upon me by the fact that I am STILL using the "workaround" that Google tells me I must use to put up photos. In other words, my blog STILL isn't fixed. 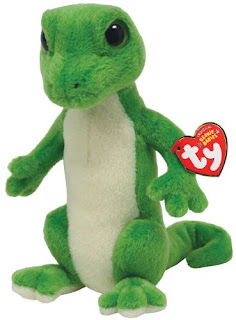 But I have to admit, I WANT a stuffy of the Geico Gecko. I love the Geico Gecko. Though it's only Tuesday, I think, I've found out a few things about the Geicko Gecko, most of which I won't tell you cuz they're boring and you don't need to kow. 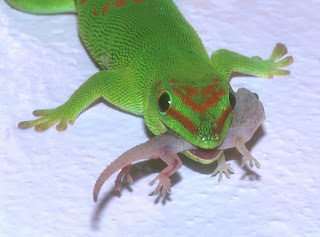 Lies abound when it comes to the Geico Gecko. Some say he represents the Great God Geico, that, you know, mythical creature. Some say he merely represents geckos. This is a Madagascar Day Gecko eating its own young, or else tenderly carrying across the Gobi Desert or wherever they go. 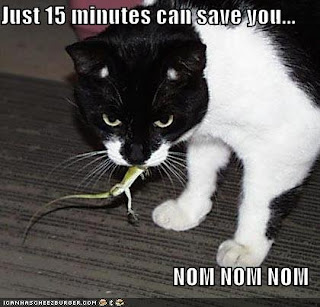 These compact and brightly-colored reptiles serve as tender morsels to reward your pampered cat for doing absolutely nothing.  Better than those catnip-scented sachets. 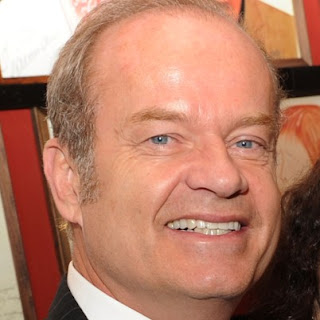 The first Voice of the Gecko was Kelsey Grammer, a reptile if ever I saw one, but ***I*** don't remember hearing the Geico Gecko talk like that, do you?

Anyway. This whole lame-o post, which I now realize is nevertheless just a little cute anyway, is an experiment in using "workarounds" while the idiots at Google don't work on solving my photo-posting problem on Blogger. They don't work on it because it is bottom priority, if a priority at all.
My prediction? It won't ever be solved. So there you go.
Workarounds.
Posted by Margaret Gunning at 9:52 AM No comments: