DAY OF THE DEAD: Peer Gynt versus the Trolls! 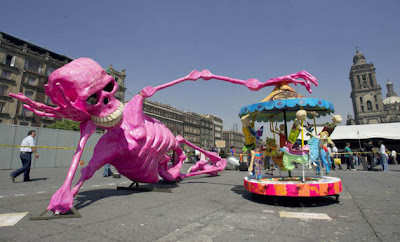 You might have heard this piece before - in fact, I'd be surprised if you haven't, because it has been ripped off for a thousand scary movie scores.

It's from Peer Gynt by Edvard Grieg, one of those staple classical works that I had forced down my throat as a child. But did you ever stop to think what the chorus was saying?

And why they were saying it?

And who they were?

Those questions will be partially answered by this transcript, cut and pasted from the YouTube video. It's in Danish, but the captions might help you figure it out: 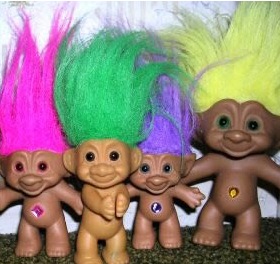 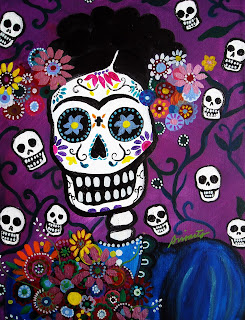 In case you're curious as to what all those little buggers are saying, I dug out my old multiple-CD set of Peer Gynt, complete with dialogue in about 20 languages, that I never listen to because I don't know WTF is going on.

Kill him! The Christian's son has deceived the fairest daughter of our ruler!

A YOUNG TROLL: Let me cut off his fingers!

ANOTHER YOUNG TROLL: Let me tear out his hair!

A TROLL MAIDEN: Oooo-ah! Let me bite his bottom!

A TROLL WITCH: (with a ladle) Shall he be boiled to a broth in brine?

ANOTHER WITCH: (with a cleaver) Spitted and roasted? Or stewed in a cauldron?

Today is All Saints' Day, also known as Day of the Dead (which is movie-title-ready, as far as I am concerned). It follows closely on the heels of All Hallows Eve, also known as Halloween. Many cultures go a little batty on this day, lighting zillions of candles (at the least) and parading around in scary skeleton-costumes. It's also revered by the Catholics, whose strange rituals have been superimposed over traditions that were far more ancient and primitive. (Yuletide, anyone?) 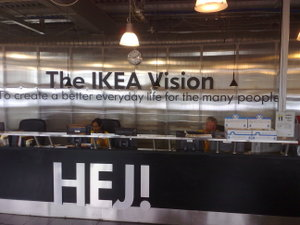 Frida Kahlo, the brilliant but strange Mexican artist, made much of this macabre festival in her paintings. We don't do much on the Day of the Dead except pick up shattered pumpkin pieces and candy wrappers, relieved it's all over for another year. I do wonder, however, why it is that little Mexican children eat sugar skulls on this day. Did they somehow set a fashion, eventually taken over by Sour Patch Kids and neon Gummi worms? 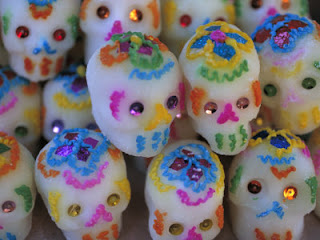 I couldn't think of better music to celebrate this spooky day than the Chorus of Trolls from Peer Gynt (better known as In the Hall of the Mountain King). I always feel like I'm walking around in Ikea when I hear this. I thought "hej" was supposed to be a friendly greeting. 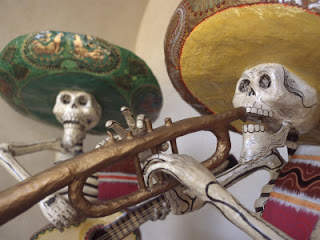