The United Church: a study in decline 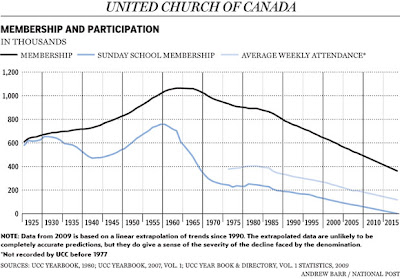 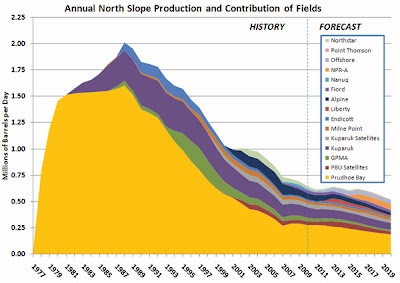 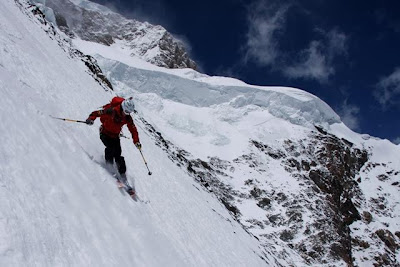 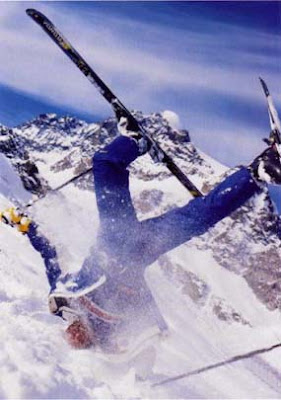 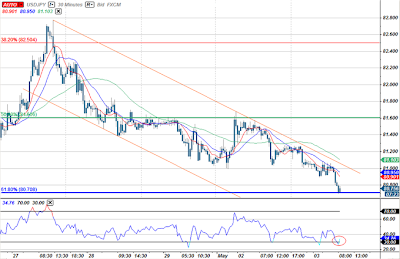 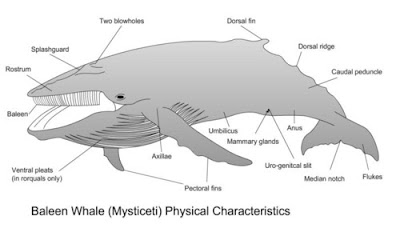 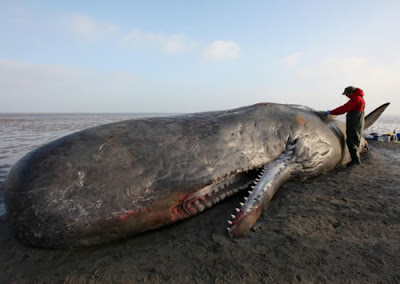 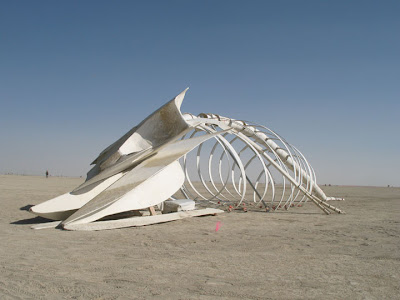 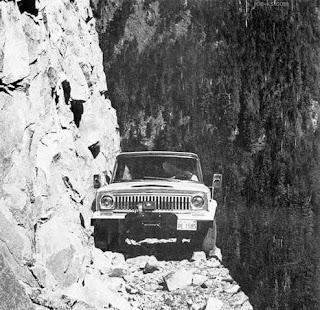 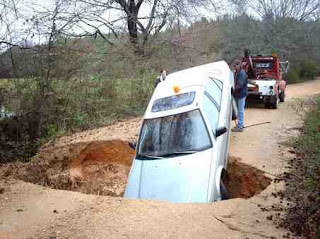 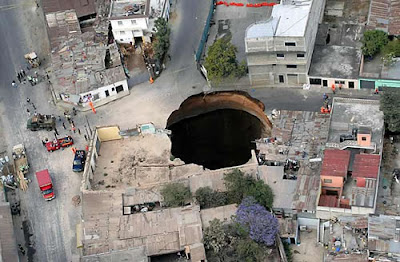 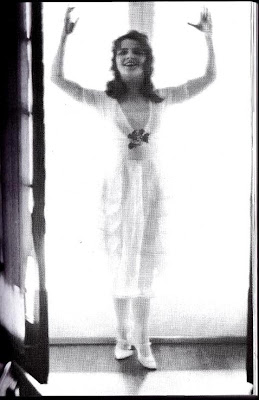 This is what I write about when I can't think of what to write about. This ghostly image, as seen through a shivering square of nitrate or a dark lapping curtain. I don't know who she is, but she has an awfully big head, which is the key to success in Hollywood. Name six small-headed actors. 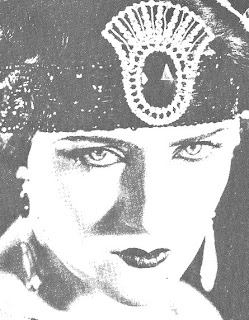 The predatory female. Dead now. They're all dead, did you ever think of that? All. Like my grade school teachers, like too many of my friends. It's creepy. The hard-eyed look is sad and weary and ruthless. And I want that big fat jewel pasted in the middle of her forehead. 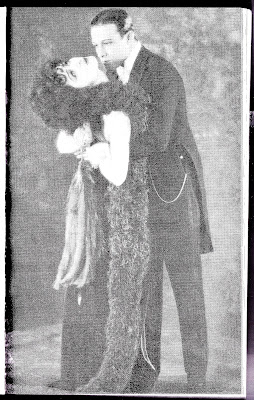 The patent-leather hair must have been a turnoff. Or not? Things were different then. People took one bath a week and wore natural fibres which must have stank to high heaven, and almost everyone smoked. So much for the mystery of Hollywood. 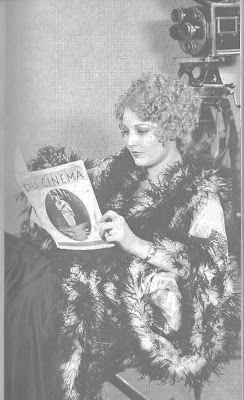 This picture is sweet in a misty sort of way, though very posed. "Now hold up that magazine and pretend to read it. That's it." At least it's not upside-down. And those furs they wore! Looks like a slice of ermine jellyroll. 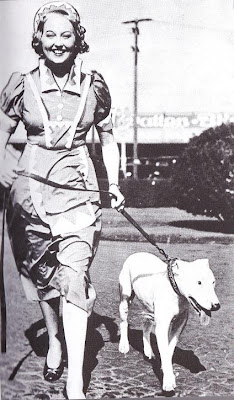 Like a 3D cutout or one of those Stereoscopes my grandmother had. The dog fairly walks out of the frame. 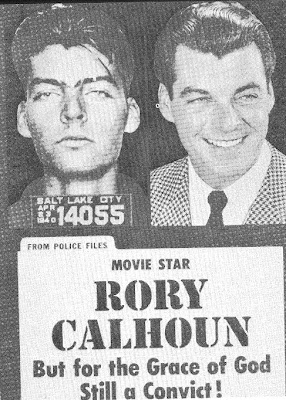 Rory Calhoun? Rory Calhoun? I'd say it's Charlie Sheen and a very young Alec Baldwin, before all those fits on the airplane. 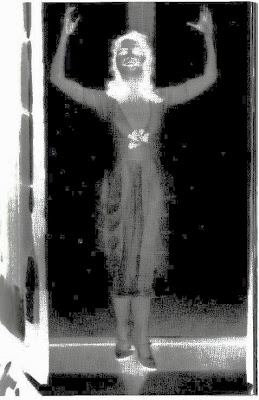 The shroud of Turin, Hollywood-style.
Posted by Margaret Gunning at 9:08 AM 4 comments: