Take this cup away from me: blood sacrifice 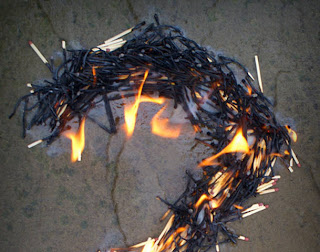 She came slippery and she came dark. She came along a stone place hollow with echoes. Smells of animals lurked, and moaning. She came dragging. A handful of hair. 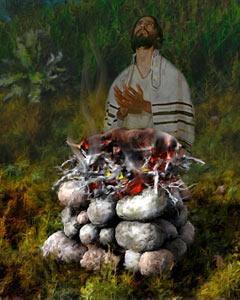 This was the sacrifice, the Blood Sacrifice. It was time. Time to put it all down, to skin the dog and hold up its flesh. She was not good at hunting but knew when it was time to dismember prey.


The temple was dark and full of moisture and praying, moans. It was a dark and terrible God they appeased. Every day, every week the sacrifices. He was merciless. He had no name, because they were afraid to name Him. They were afraid to look Him in the eye. 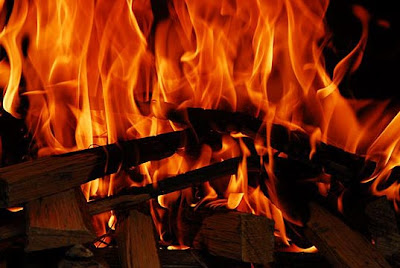 If you come face-to-face with God, if you see God in person, stand before God, you will die. This was why Moses went around with a veil, for an ungodly light streamed from his face and blinded everyone as if they were looking directly at an eclipse.

Eclipse. Sacrifice was an eclipse, was it not? A raising of talent. A skinning, a hairing. A giving up. A lifting. The smell of blood was everywhere, and as she raised the head of the bull the dark thick blood slimed down the drainway into a hole in the floor. 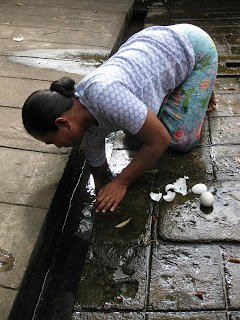 The blood had to be captured in a certain way. It reminded her of menstruation a little, but that would be her own blood, and forbidden. Deeply forbidden. With blood everywhere, why couldn’t you touch a woman? But this is about talent, is it not? Burnt offerings, sacrifice?

Giving it all up for the sake of peace? 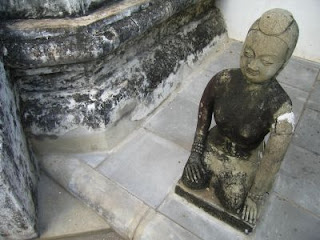 Take it out of me, take it out of me, takeitoutofmetakeitoutofmetakeitoutofmeGOD. Just remove it. Whatever desire I had to please Thee with my inborn gift, rip it out. You made a mistake, see? God DOES make mistakes, look at that two-headed calf over there. You call that perfection? Yes, sometimes you DO make mistakes, such as instilling in me the dream. The dream of fulfillment such as I saw around me. As if that were a sin, too. 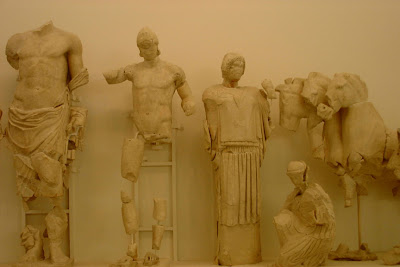 Lift high the head of the calf, slit his throat, catch the blood in the chalice, lift it high. No, don’t drink it, that would be too theatrical. And you’re guessing at this, aren’t you? This isn’t any Charlton Heston movie. This is sacrifice. Burnt offering. 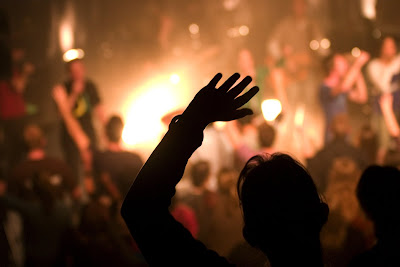 Given up, given up for You! For You, God, you big son-of-a-gun, my Destroyer. You shatterer of dreams. You who giveth with one hand and taketh with the other big, suffocating hand. 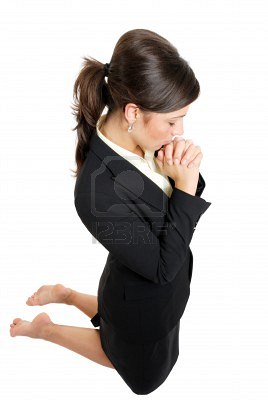 Here. Here have it back. Right now rightnowrightnow. Have my dream.