Can I retire from life?

This has been brewing for a while, and whether or not anyone wants to “view” it is quite beside the point.

My husband recently retired from a 40-year career as an environmental engineer. This only happened a few weeks ago, and since then it’s like the air slowly being let out of a balloon – not so much into depression as exhausted relief from a stress that has dogged him for years.

Now he’s tinkering, the thing he likes best in the world, fixing things in the garage, contemplating home renovations large and small, taking over all the cooking (to my endless delight – I am SO tired of fixing meals, and he’s a much better cook than me anyway).

And I am looking at myself and wondering. A friend recently quoted an older woman she knows. “They retire. We don’t.” It made me think. It certainly would apply to the old style of marriage where wife waited on husband hand-and-foot. Not being the handmaiden type, I prefer a self-serve husband who heats up his own  beans because I hate the things (and scrape the bean-scum out of that pot while you’re at it). 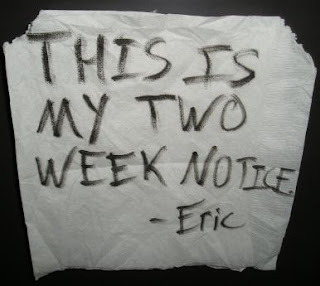 But still. They retire. We don’t. Or I don’t. Retire from what? From this miasma of desire, this scrambling to try to get a foothold on something that will probably escape me forever? 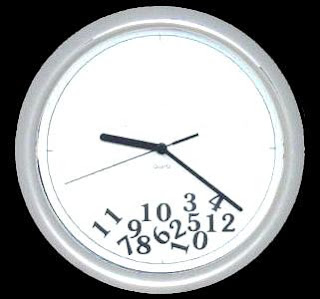 Like a lot of people, I wanted to be a published author. It too me oh, so long to get there. And I did. Supposedly.
But “published author” is a relative term. It's sort of like saying “I have an income from writing”: which I do, and which I have had since 1984. But if you mention the size of the income (and you’d be surprised how many people ask), all you get is snickers or looks of amazement that you’d put that much effort into something that earns you less than the average paper boy.

I want to quit the whole thing: I want to quit wanting. I want to quit having my work up there, or out there, where brickbats can be thrown at it. I recently was really worked over for something I wrote, and it was not very pleasant. She had a right to feel the way she did, because what I said was wrong and I will always regret it. I did not think it through at all.   I think my attempt at an apology was only poked full of more holes, so I could not win. 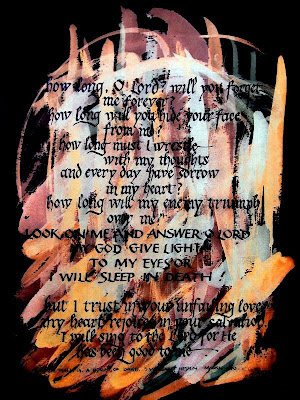 This happens, a lot. Not just to me, though I've been reamed out many a time, often for no crime except being visible and expressing an opinion. I've seen commentary that is simply appalling all over the internet, including on YouTube videos of disabled children and babies with terminal deformities. People can be absolute shits, and they’re almost encouraged to be. Ridicule rules the day. It’s easy, because nobody really knows who you are.

The internet and blogs and social networking have changed everything: it’s often said, but never adequately understood. Everything is lived out in public.  As the old Moxy Fruvous song says, “Everyone’s a novelist, and everyone can sing/But no one talks when the TV’s on.” This  all implies a certain amount of exposure. We’re all nude in front of the cameras, folks, in a way that’s making George Orwell turn over in his grave. 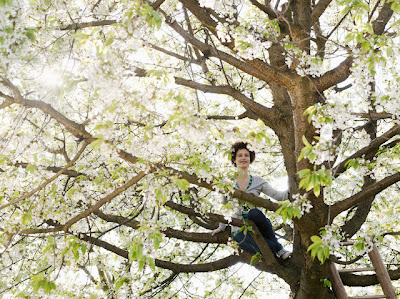 So I was laid bare, peeled, not realizing what the full ramifications would be. The worst name I was called during that whole tirade was “amateur”. What does that mean? Is it tied to a certain amount of money? What amount? Is there a minimum? Could it be ANY amount? Or do you really have to earn anything at all?

I want to quit this. Writing is what I do, and it’s hard for me not to do it. Blogging for the most part has been fun, sometimes exhilarating, with very mixed results in the viewing department. I have had thousands, and zeros, and everything in between.

But that’s just the trouble. Views are like “friends” on Facebook. I know people with thousands of “friends”. How is this possible? How would you have time to “meet” all those people and still hold a job, or even attend to your basic bodily functions?

How deep are these friendships, or do they just bump along the surface in a world that sometimes seems like it is ALL surface?

I tend to illustrate my posts, and some like this, and some hate it and think it is stupid. The title of my blog was recently ridiculed:  never mind that the person didn’t get it, that the intentional sentimental irony of it flew right over their head. Misinterpretation rules in the land of bloghood, does it not? 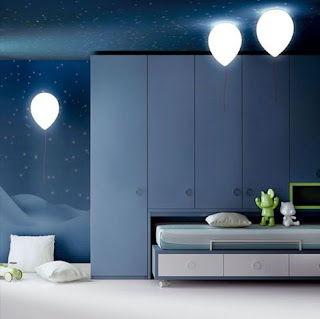 I want to quit. Quit this. Quit it, resign, retire, leave. Walk. I don’t know if I can walk from writing and I don’t know if I can quit blogging, or caring, but I want to. I don’t want to send any more “queries” by mail. I don’t want to get any more stamped self-addressed envelopes in the mail, miserable little things with (usually) form rejections in them, or, once in a while, personal rejections, which are supposed to be better because they're not forms.

It’s great, in fact we think it’s a potential bestseller, but sorry, we can’t publish it because it doesn’t suit our list. 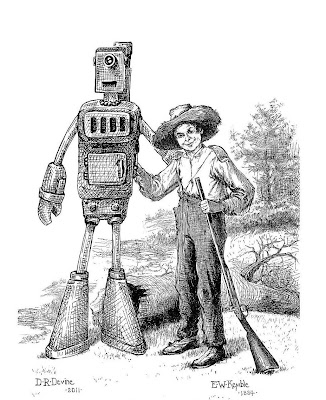 I’ve let this get to me, haven't I? Yes. I’ve let critics get under my skin. Shame on me.  If I answer critics, I am peevish and hypersensitive and can’t accept a constructive comment. If I don’t, I don’t care or am too snotty to reply. If I apologize for writing something that is out of line, the apology is never enough because I somehow have to reverse time like Superman turning the world backwards in that movie and unwrite what I wrote. Anything less is cause for more jabs in my most tender places. 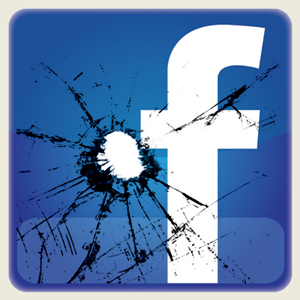 My so-called career, the thing I feel so ambivalent about and now would like to drop like a whole bag of hammers, is like a balloon just brushing the tips of my fingers. When I try to grab for it, it pops up beyond my reach. Stop trying then, they say. Just let it fall. Then I probably won’t want it anyway. 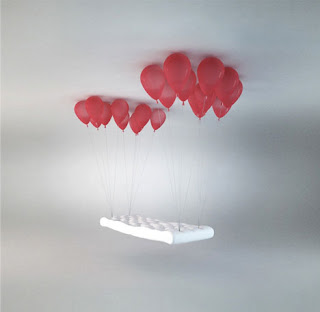 From worrying about whether I will ever see my work in print again, I QUIT.

From wondering if writing this will make one tinker’s goddamn of a difference to anyone, I QUIT.

From trying to entertain or please, something I had to do to survive as a child, I quit. No more court jester stuff, it’s killing me.

From trying to figure out whether certain other (mostly scarily anonymous) people are human or reptilian, I most definitely quit. 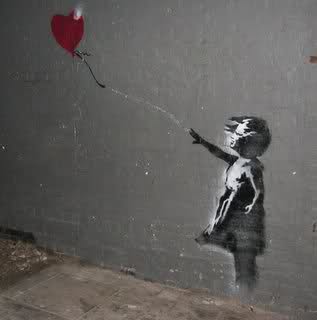 The internet is a no-man’s-land, a bizarre wonderland/wasteland that nobody has figured out yet. It has its exhilarating aspects, connecting with strangers (who could be anybody, by the way, even psychotic killers), getting “support” from other people who are addicted to sniffing Drano or whatever, and glopping up moploads of information from Wikipedia that may or may not have any truth in it at all. Then there are the darker aspects. 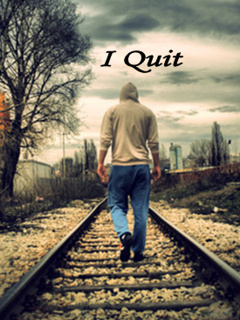 But I digress. My work is now out there where “some” people can “sometimes” see it, and in fact I probably have had more views in a year of blogging than I had readers in 15 years of writing newspaper columns. I am still beavering away, and just getting so tired. Just wanting to throw away something that feels like an arm. You can’t throw your arm away, can you?

I resign from the monster I have created for myself, tugged and pulled by the nasty little bugger we call the internet. I just want to write because I want to write, because I feel like it. It can be as dumb as dirt. I can call it Barbie’s Sparkle-Plenty Pink Plastic Dream House and laugh if people take it literally and call ME stupid. 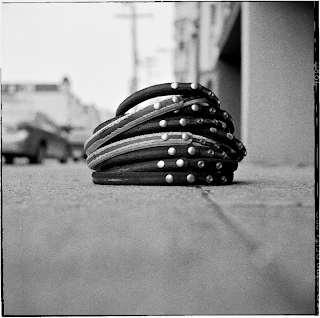 Wanting to be understood, wanting someone or anyone to "get" you, is the province of adolescence, is it not? But what happens when it never happens, when at the advanced aget of (blbblblb) you realize you're never going to be "got" so you might as well get over it?

From wanting too much, from wanting anything at all, I quit, I resign, I fold, I surrender, I submit! Submission is a wonderful thing, is it not? I do it all the time. Just ask my editor.

Posted by Margaret Gunning at 4:09 PM No comments: