There are a couple of things I always get watching whenever they come on TV, and it's mostly against my will. They exert a vacuum-pull so powerful that I soon disappear into a sort of vortex like in that Time Tunnel show of the 1960s (or that Star Trek where they jumped through that, you know, that thing).

Whenever Taxi Driver comes on, which is about seventeen times a week in my neighborhood, no matter where in the story it is, I do the Time Tunnel bit and jump in. Or get sucked in. I'd say the movie sucked, but that's not exactly what I mean.

I can't help it. Its awfulness is irresistible. The movie has a sort of queasy, uneasy feeling to it, the sense that something absolutely horrific is about to happen, and it does. But not until the last five minutes. Scorsese somehow manages to hold it back until then. Meanwhile we have the shocking spectre of Robert deNiro looking like his baby sister or something, just peach-faced and innocent, yet ticking almost audibly with undetonated rage.

This is a real morality tale, and in spite of what some critics have said, there's no gratuitous violence in it, just violence-violence. Illustrative violence, maybe. The ending is a full-scale splattering gorefest, but it's meant to make a point about "heroism" (with all sorts of murky undercurrents about the true nature of military glory) and how it can arise from the worst possible motives.

Most chilling moment: when Travis Bickle, his seething, swarming violence just about to erupt, appears at the political rally, so armed he's a walking weapon, and the camera pans from his feet up to his head. Mohawks weren't that common then, and his is sharp enough to cut your wrists on, absolutely bloody terrifying. 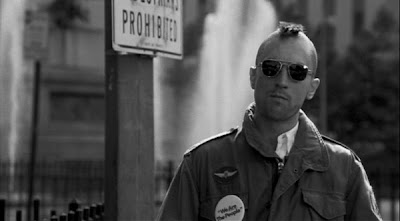 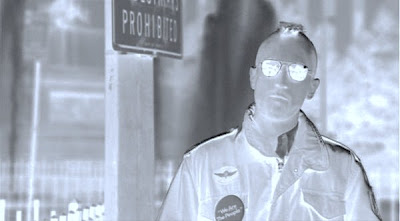 Well, having said all that, the OTHER thing that sucks me right down into the quagmire of cinematic glory are Woody Allen movies. I tell myself, no, I am not going to watch this. Not this time; I will resist. Since Soon Yi and that whole deal, since marrying what amounted to his daughter, I have sworn him off. It's true he is becoming increasingly creepy with age and, like Oliver Sacks, still uses an Olivetti manual typewriter (and where does he get the ribbons? They must be handmade by his ribbon associate or something). Nevertheless, when Manhattan comes on with that Gershwin music and he's sleeping with Mariel Hemingway who's all of fourteen years old and in junior high, or when Annie Hall comes on and she's all la-di-da and they chase the lobsters all over the kitchen, I just get. . .sucked in.

I do like the way Woody Allen talks. All his vowel sounds are sort of dragged-out and swoopy. It's unbelievable, except that's really the way he
twwooa-ahhh-ks. Rick Moranis did a fatal impression of him on SCTV, but unlike most impressions, it was the opposite of exaggerated, almost toned-down so it would be quasi-believable. Nobody knows where this manner of speaking came from. It's sort of Brooklyn-ish or even Bronx-y, kind of nasal and almost sing-songy, and certainly not upper-class. 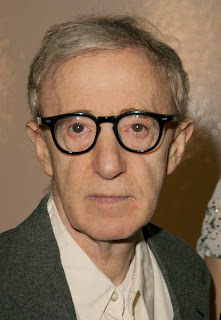 There IS a certain kind of educated or snobberific New York/Manhattan-ish accent, but it's more like Jacqueline Kennedy's. The swoops are there, but a little more musical and contained. And yet, and yet, Allen has always given the impression of being educated, or at least incredibly well-read. Who knows, maybe he never got past the Classic Comics stage, but he still gets it across. Maybe it's his salesmanship, which from the very start of his career was quirkily brilliant: he turned a skinny, shy, balding, nasal-speaking little Jewish nothing into a sympathetic and appealing romantic lead over and over again. Kind of puts Harold Lloyd to shame.

So here we have two of my best or worst movie obsessions, TOGETHER AT LAST!  This is a remarkably clever feat of dubbing, combining two elements that could not be less compatible: the whiny angst-ridden dialogue of a Woody Allen comedy superimposed on the half-insane machine-gun-fire conversation between a sociopathic stalker and an innocent blonde. And yet, and yet! As Woody talks about existential despair, meaninglessness and buying a gun, maybe he's closer to Travis Bickle than we realize.


It's Sunday, I don't feel like doing much (and the drizzle outside has become relentless), so I began to dig through some of my favorite YouTubes: these 27-inch Regina music boxes were the HD TVs of their day, with a high-tech changer that made the most dreadful noises, like a garage door opener.  I like the fact that entire operas (such as Lohengrin) can be played in less than two minutes. The discs appear to be made of a quivery, slightly warped tin or other malleable metal. The tuning on these large discs is much more accurate than in the smaller turntable models, and the sound sweet and bell-like, lacking that awful jack-in-the-box plink I remember from the cheap music-boxes of my childhood. 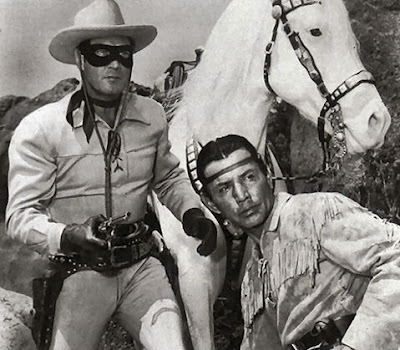 Hearing the William Tell Overture in such an oddball medium  made me think of one of the hokiest shows I ever watched, The Lone Ranger. Funny how shows that would seem wildly homosexual today were considered just fine back then. Don't know why. Even Liberace had lots of female fans. 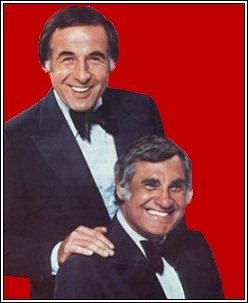 And what about male song-and-dance teams, Martin and Lewis, or those two guys on Ed Sullivan who sang two different songs and made them fit together? (Not to mention Topo Gigio and Senor Wences.) To my mind, even Danny Kaye and Bing Crosby were pretty suspicious in White Christmas. All that skipping around. 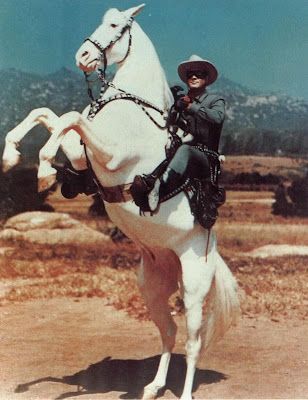 Doesn't this look like a gay horse? I'm just sayin'. Ultra-white, like it's been spray-painted or dusted down with some sort of powder. It looks to me as if Silver  would glow in the dark. 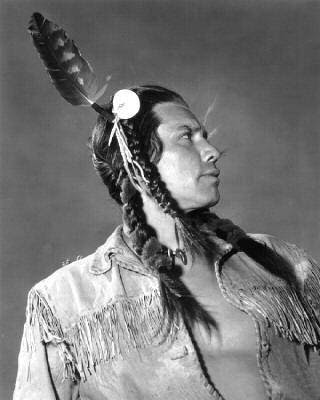 I'm not saying these two guys weren't manly. They were at least as manly as Batman and Robin. Tonto was pretty dignified for a man forced to repeat lines written in an insulting quasi-Indian patois. He made the character plausible, even charismatic, rising above the "only good Injun" mentality of '50s TV and movies.

There was a long wait until Little Big Man and, much later, Dances with Wolves. But Jay Silverheels beat hell out of them all. He WAS the change that needed to happen to overcome native stereotypes, and no one did it better. 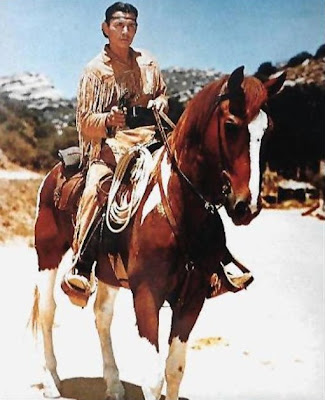 http://members.shaw.ca/margaret_gunning/betterthanlife.htm
Posted by Margaret Gunning at 12:15 PM No comments: