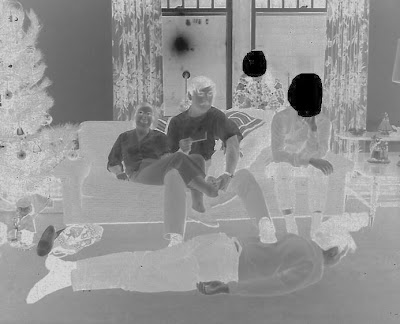 Late December. Maybe it wasn’t the best time of year to be looking for this. But after her mother-in-law’s death at the first of the month, something happened to her that she didn’t expect: she began to be curious about her own mother, who was about the same age.


To say that there was family estrangement was like saying the Titanic had a bit of a leak. It had gone on for years, but over time the smoking ruins seemed to be farther and farther behind her.


Over forty years, her husband’s family became her family. And she was welcomed in. His mother became her Mum: honest, practical, funny, and in her own no-nonsense way, accepting and loving.


When she died at age peaceful death that almost anyone would envy, it caused a strange reaction in her. She wondered where her own Mum was. Meaning, the one who’d given birth to her and raised her with sublime indifference while favoring her eldest two siblings. 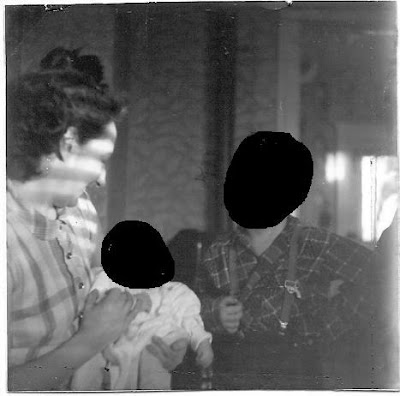 All through her childhood she had been haunted by the feeling that her parents had not wanted her, that she had been a mistake, someone they were ashamed of and would rather not have around. Later, her feelings of estrangement were vigorously denied and shouted down as “wrong”. It simply did not happen. She had wonderful parents. What was wrong with her? She had to stop feeling this way, now. This was true of most of her feelings, which apparently she was not allowed to have.


Then there was Garth, her older brother, a brilliant person who became more and more odd as years went by. He ended up on the streets of , a schizophrenic, and died tragically young in a fire.


Garth had been the only one who had listened. But then, there was something wrong with him too, something the family just couldn’t acknowledge or forgive.


It probably wasn’t a good idea to google her mother’s name, particularly since her obituary immediately sprang up like a ghost from the grave. 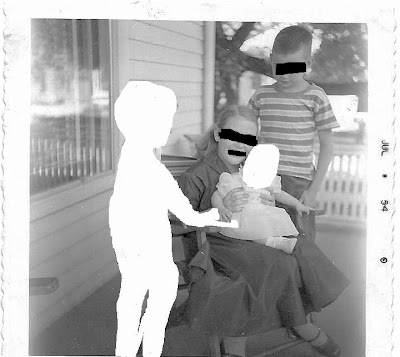 Remembering her Mum-in-law’s gracious, inclusive obituary, she wasn’t expecting it to be anything like that. But she couldn’t in her wildest dreams have imagined  what she now saw in front of her.


She read it again. Then, again.


Wasn’t there, wasn’t there at all, no nor any of her kin (no husband, no kids, no grandkids): so apparently she had never been born, never been raised, didn’t in fact exist at all.


But that wasn’t the worst of it. Garth wasn’t there! Garth had been stricken from the record as well. Photoshopped. Edited out. 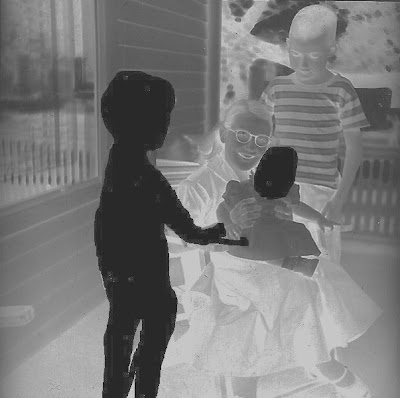 One wonders how anyone can possess the ruthlessness to pretend that two of their children never existed. Perhaps her elder sister had written this (but certainly not against her mother’s wishes), and surgically removed Garth just to devastate and wound her further. Her two oldest siblings were proudly mentioned, along with “two grandchildren” (though she really had four) and no great-grandchildren (nicely negating the four of them, too).


She could not think of one single thing Garth had done in his whole life to intentionally hurt the family. For that matter, her own attempts to try to explain the abuse that had nearly destroyed her had been completely subverted, turned around, and treated like a mean-spirited attack on them with absolutely no grounds: a pack of lies told to deliberately damage and destroy them.


I did it just to make them feel horrible, she thought. I was like that, wasn’t I? Vindictive, hurtful, a destroyer of family happiness and harmony. It was intentional meanness, complete fabrication. I was the perpetrator of horrible, unforgiveable abuse.


If even one of them had taken maybe one minute, one second to listen to me and try to understand, would my frantic efforts have escalated the way they did? 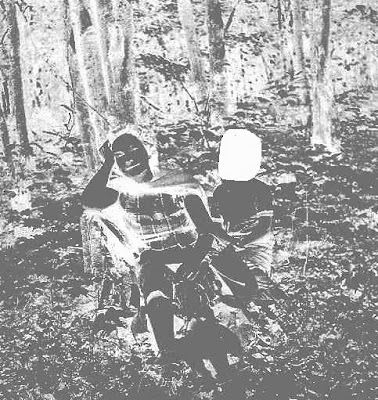 When everything is turned upside-down like that, and inside-out, it can make you feel a little crazy. To say the least.  It was a craziness that took a devastating toll.


And now. . . now, well, it looks like that particular problem is neatly solved because I’m not even here!  But Garth makes me feel so much worse. The only thing he ever did to the family was to be ill, with an illness that surely must have been caused by the twisted reality of a family who lived in its own little universe of truth and lies. In a moment of rare vulnerability, I remember my sister once said, “Garth went crazy for all of us.” What had happened to that tiny crack of openness to the truth? Why did it slam shut with such vehemence? 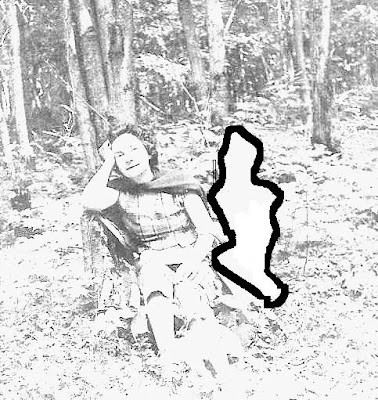 I always suspected my parents were ashamed of him, ashamed of his illness and of what became of him, and secretly wished he would just disappear. And now their most fervent wish had come true. If you can pretend the problematic elements in your family never existed, if you can apply an eraser to the parts of it you are uncomfortable with, it’s ultimate power, kind of like God: bringing people into the world; taking them away again. 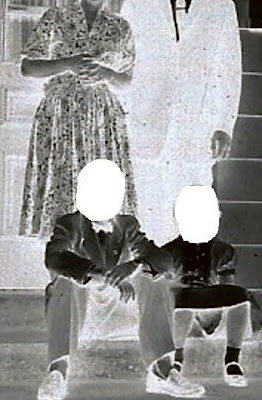 An obituary is a public life-record, an attempt to encapsulate many decades into a single paragraph. My family must have a very strange notion of economy of expression.


There is NOTHING my children could do to make me erase them like this: if my son were an axe-murderer serving a life sentence, if he had accused me of being a heroin addict or a whore, if he had attacked me and hurt me in the worst way he could think of, I would never pretend he had never existed, never erase him from the permanent record of my life.


Because he is my son.


She looked at her mother-in-law’s obituary again, wondering if there was such a thing as , after all. It was just possible. She had been thrown out of the family – no, unmade! – but landed safely in another family where that kind of insanity didn’t exist.  No, not “landed”, but walked out of one, and into the other. Of her own free will. 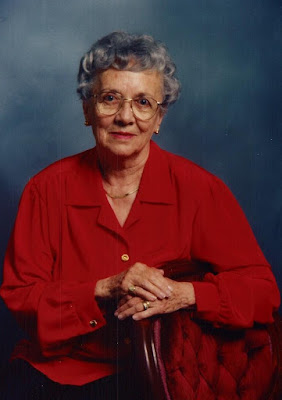 http://members.shaw.ca/margaret_gunning/betterthanlife.htm
Posted by Margaret Gunning at 10:49 AM No comments:

http://members.shaw.ca/margaret_gunning/betterthanlife.htm
Posted by Margaret Gunning at 10:05 AM No comments: