Heave-ho, heave-ho, it's not to work I go 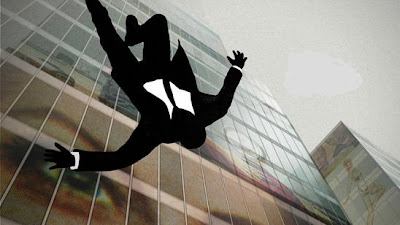 When I first read this article (below) - actually, I don't even think it was this article, but something like it - I was appalled. The lack of humanity, the utter lack of honesty and straightforwardness made me dizzy. I haven't worked in an office for some time. It seems as if you have to grow very long antennae to try to figure out what is actually going on, or soon you'll be spinning around on your ass on black ice. Outside.
When did this happen, or has it always been that way? It sure vindicates my post of yesterday when I said that even one mistake can cost you your job. Not only that: they won't even TELL you it has cost you your job. More than one person has told me they never found out they were fired until they saw their position posted on an internet employment site. 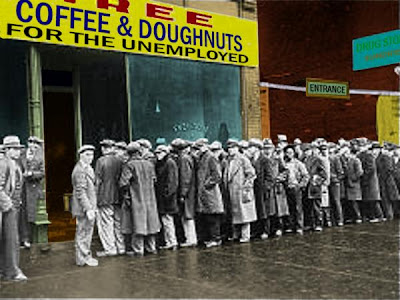 I weep for humanity. I weep for people who have families to support who are canned for no good reason except that the boss seems to be tired of them. People who are subtly pushed away and kept out of the loop, and thus CAN'T perform up to their potential because they do not know what the hell is going on.
It seems we have a whole new set of rules here, so you'd better not listen to all those chirpy Tony Robbins-type motivational speakers who tell you to make tons of mistakes in order to "learn". Don't make mistakes, people! Don't make any. You won't "learn". You'll be canned, and it won't look very good on your resume. 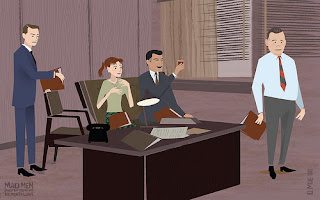 Signs You're About to Get Fired
Rusty Rueff, On Friday March 4, 2011, 12:35 pm EST
Too many times after someone gets fired, they say, "I should have seen it coming." But most of us don't see the signs because we don't want to see them. They're there, sometimes right in front of us.

Here are some cautionary signs your last day may be coming sooner than you think:

There's been a "change" in your boss' behavior towards you. This isn't always a fatal sign, but you should be sensitive to it. If you sense your boss isn't being as friendly or open as usual, something bad might be brewing. If she no longer acts in a way that makes you feel secure and comfortable in your job and relationship with her, like dropping by the cubicle unannounced to sit and shoot the breeze or seeking your advice, it could be a sign of trouble. 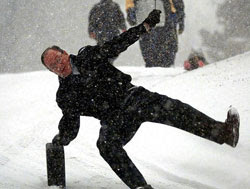 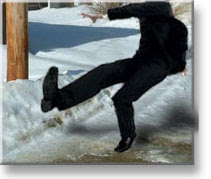 One-on-ones are consistently canceled. Beyond your boss' attitude or changing behavior, if he starts canceling every one-on-one meeting you've scheduled, or you have trouble getting his time and attention, then he could be feeling guilt about what's coming next. He could be avoiding you.

The boss has a new attention to detail. In the past, you were always left alone to perform, without much attention or coaching, but all of a sudden your boss is all over you. Maybe she's asking too many questions, setting deadlines, and following up on small tasks that once never mattered. It could be that she's building her performance case and getting her ducks in order. 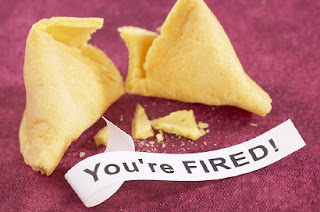 No more talks about planning and the future. If by this time last year you were planning ahead for the annual conference or future budgets, yet now you aren't getting information or invites to meetings, then it's probably because you aren't considered as someone who will be here for the future.

The "insider" stops talking to you. Every team has someone we know is the boss' insider. This is the person who your boss talks to more than anyone else, who she asks for advice and counsel. If you were the insider and all of a sudden the flow of information slows, that says it all. Or if someone you know is the boss' insider stops talking to you or begins avoiding you, then it could be that he knows more than you do and is reacting to an uncomfortable bit of knowledge. 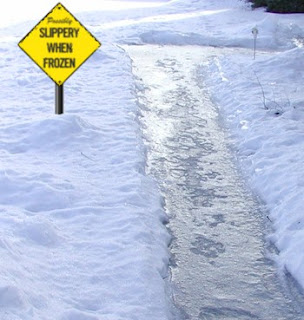 Your complaints get answered with, "You're right." In the past, you may have had conversations about how your job wasn't challenging enough, and your boss would try to convince you otherwise. But if recently she starts agreeing and sending signals almost encouraging you to go find another job, don't miss that sign. 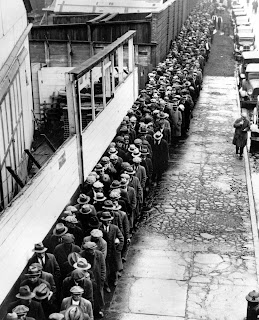 Before you panic and think you're going to lose your job tomorrow morning, recognize that this is much like a horoscope--we can see enough of it in any given day that it looks like it's true and written just for us. See these changes as what they are, warning signs, and nothing more. If any of these are happening to you right now, set up time to speak with your boss to ask what you can do to improve. Do this before it's too late, and you'll avoid getting blindsided. 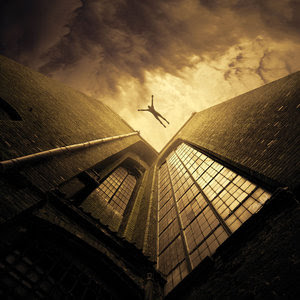 Rusty Rueff, director and career expert for jobs and career website Glassdoor.com has been a CEO, led HR in global companies and is co-author of Talent Force: A New Manifesto for the Human Side of Business.