Phaedra: this should clear up the confusion! 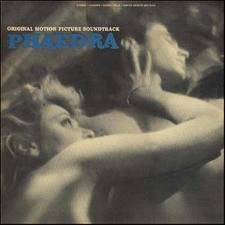 Phaedra (mythology)From Wikipedia, the free encyclopediaIn Greek mythology, Phaedra (Phaidra) is the daughter of Minos and Pasiphaë, wife of Theseus and the mother of Demophon of Athens and Acamas. Phaedra's name derives from the Greek word φαιδρός (phaidros), which meant "bright". Though married to Theseus, Phaedra fell in love with Hippolytus, Theseus' son born by either Hippolyta, queen of the Amazons, or Antiope, her sister. Euripides placed this story twice on the Athenian stage, of which one version survives. According to some sources, Hippolytus had spurned Aphrodite to remain a steadfast and virginal devotee of Artemis, and Aphrodite made Phaedra fall in love with him as a punishment.[1] He rejected her. In one version, Phaedra's nurse told Hippolytus of her love, and he swore he would not reveal her as a source of information. In revenge, Phaedra wrote Theseus a letter that claimed Hippolytus raped her. Theseus believed her and cursed Hippolytus with one of the three curses he had received from Poseidon.[2] As a result, Hippolytus' horses were frightened by a sea monster and dragged their rider to his death. Alternatively, after Phaedra told Theseus that Hippolytus had raped her, Theseus killed his son and Phaedra committed suicide out of guilt for she had not intended for Hippolytus to die. Artemis later told Theseus the truth. In a third version, Phaedra simply told Theseus this and did not kill herself; Dionysus sent a wild bull which terrified Hippolytus' horses. 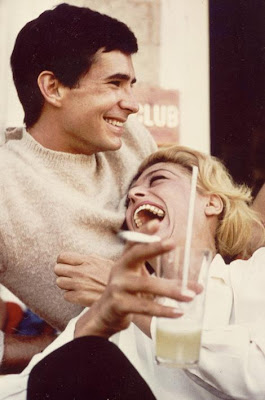 (That better? I thought so.)
Posted by Margaret Gunning at 5:50 PM No comments:

I don't know if it's brain damage from smoking too much nutmeg or what, but some poisoned synapse of my brain just released this from the dark dungeon of memory. It was one of those things I hoped I had only imagined, or just had a horrible dream about. When I found this video, I groaned with agonized delight: it was even worse than I thought! They'd done a video for this song in 1967, the music sounding sort of like a cross between a spaghetti Western and Romper Room.

Here's this guy talking about wanting to be straight (and hey, wouldn't Tony Perkins have done a good job here?), "straight" in the sense of being a non-druggy I guess, and rambling on about this mystical chick called Phaedra penetrating the great fortress of his heart, or something. He's on a horse, for Christ's sake, rambling around on beaches being Remote but Sensitive, a kind of dollar-store Neil Diamond (or Neil Zirconia?).

So who's this Phaedra? I was just looking for clips of a movie by that name starring Tony Perkins and Melina Mercouri, one of the many films where he is paired with a man-eating monster. I guess I have to go get all mythical here and go on Wikipedia and see if this Phaedra stuff has any real Significance to it.
But until then, don't enjoy this video, it's too excruciating. But do appreciate the fact that it's a definite front-runner for the worst song ever written.
Posted by Margaret Gunning at 4:52 PM 2 comments:

Email ThisBlogThis!Share to TwitterShare to FacebookShare to Pinterest
Labels: atrocities, Some Velvet Morning

In the Great Kitchen/Handy Man Sweepstakes, who comes out on top? I think it's Bessie. Great as Ethel Waters is (and I saw her on Turner Classics last night in one of the very first movie musicals, singing Am I Blue), she's just a bit too much of a lady, with a dry, ironic delivery that removes her from the naughty/earthy subject matter.  Bessie is more of a force of nature, delivering the outrageously suggestive lyrics ("love the way he warms my chops") without a trace of apology.

I confess I haven't paid enough attention to Ethel Waters up until now: I only remember her wobbly late performances, a la Mahalia Jackson, when she had pretty much lost the vibrant, almost bell-like tone that made her singing so amazing. When she first came on the screen in this incomprehensible mess of a movie (called, un-originally, On with the Show), I had no idea who she was because she wasn't even listed in the credits, in spite of her two solo numbers. She even made the ludicrous ballad Birmingham Bertha seem credible, with a superb male quartet behind her.

I was surprised to see how many black performers were in this thing, providing its only really inspired moments. There was no discernable plot: it seemed like watered-down Showboat mixed in with some sort of hokey ghost story. At one point a whole lot of girl dancers came out in riding costumes and rode broomstick horses all around the stage, then all of a sudden real horses plunged out of the scenery, throwing one rider (on purpose, or not?). Calling Busby Berkeley! We need you.
Posted by Margaret Gunning at 8:55 AM No comments: