Haunted, haunted (and haunted: the trifecta)

I want it to stop, but it won't. Today I found out about the winner of the Westminster Kennel Club Best in Show: a Scottish deerhound named Hickory. But that wasn't the thing that grabbed me. It was the owner's name. 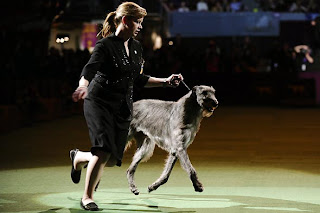 This news came almost immediately after I watched a story on Dateline NBC about a young woman brutally murdered by a military hero gone mad. But it was her name that grabbed me: 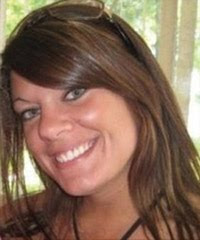 (From the news story)
Hundreds of people filled a Belleville, Ont., funeral home Saturday afternoon as the community came together to honour Jessica Lloyd, the 27-year-old woman whose body was found on a rural road on Monday.
Before the service began, several members of the Canadian Forces entered the funeral home in uniform and wearing black armbands.
Small groups of people clustered outside the funeral home during the service, with one group of young women carrying a sign that said: "Rest in peace sweet angel."
Col. Russell Williams is facing first-degree murder charges in the death of Jessica Lloyd, 27, of Belleville, Ont.
On Friday, long lines of people had waited patiently outside the funeral home to attend the visitation for Lloyd, one of the alleged victims of Col. Russell Williams, the former commander of CFB Trenton.
Lloyd's cousin and brother both spoke at the service Saturday, and her brother paused to thank local law enforcement officials for their work on the case.
(P.S.: Less than half an hour after I posted this, I was washing dishes with the TV on in the background. A newsmagazine show I almost never watch called W5 came on, and the host announced himself: "Hi, I'm Lloyd Robertson."
Three? Well, yesterday there were two. Only.

Tell me there are no coincidences.)

Posted by Margaret Gunning at 6:06 PM No comments: