Sarah McLachlan and the good saint of Assisi

Posted by Margaret Gunning at 11:51 AM 2 comments:

Make me an instrument 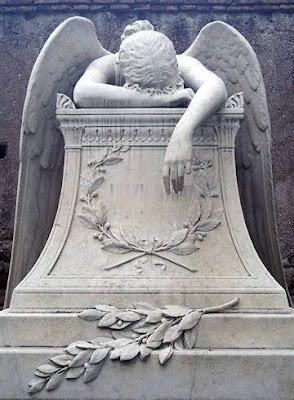 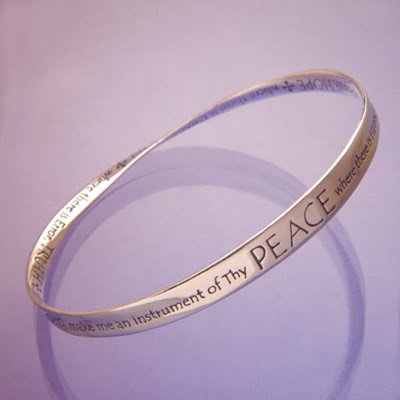 It has come home to me once again that life can be overwhelmingly difficult, even crushing. I see, looking back, that I have a certain tendency to be, uh, er, critical. Or negative. Or not celebratory enough. I need to correct this, but I don't know if I will.
I know several situations in which people have suffered an almost incomprehensible grief, in particular a mother whose small daughter died on Christmas Eve two years ago, her snow-covered sled hit by a truck turning a blind corner. My granddaughter was her best friend, and she still talks about her, misses her terribly.
Jesus, God, are you there? I did used to believe, quite fervently, but since I left the church, I don't know. I don't believe there is a God who gets us out of trouble. No Big Guy in the Sky, no lucky rabbit's foot. Faith is not a lottery, and God doesn't give us the things we ask for just because he's nice like Santa, or loves us, or thinks we deserve special favor. In fact, there may be nothing there that helps us, independent of other people and their goodness, or the strength implanted deep down in our own hearts.
Is that, then, what we call God? I don't know. I look out my window today, and I see cedars tossed angrily, shivering as if traumatized. Then they are still again. I need to go out in it so I can order flowers for my daughter's mother-in-law, who has just had successful heart surgery and is recovering by leaps and bounds. (God - ?) I need to look for Christmas presents for my four dear ones, my little grandkids, without whom I - well, let's not finish that thought. And I haven't even started, can't get started because I haven't the heart.
I can't get going. We have this dim understanding, maybe. Or else we don't need it, I don't know. I can't leave life alone, I pick it apart. It's no use, of course. The good is the good, but there is a dangerous estrangement in my own family that I fear will blow us apart at some point. It has happened before, in that other family I grew up in, and I know it is never repaired.
If I let this particular weight press all the life out of me, it would be difficult to continue at all. I know I am blessed, tremendously blessed, compared to others - but how can we compare, when everyone's life is so complex? No one knows what is going on in the mind of another. This is called existential loneliness, and it is built into the species. But I am convinced some people feel it far more than others.
I was looking for an image a few nights ago when my daughter updated me on the mother who lost her child at Christmas. Since then, she has suffered several wrenching twists. Even though I officially don't believe in prayer because God let me down so badly, I lit a candle in my computer room and turned out the lights. The effect was eerie, a glowing screen and a guttering candle. I wanted something to focus on, googled up the name of the little girl who died, and came up with multiple images of a Catholic saint. Small children wore crowns made of holly and candles and walked in solemn processions down the aisles of huge churches.
Somehow this led to St. Francis and his famous prayer, "Make me an instrument of thy peace. . . "
St. Francis, batty as a loon, may have been on to something. Today he'd be put on antipsychotics and resocialized, though he might still end up under a bridge. Still his prayer persists, that is, if he wrote it at all. Truth is so slippery, so humanly influenced. We make things the way we want, or need, or desperately desire them to be. Truth gets lost, we get lost, and we grab. Still, we grab.
Posted by Margaret Gunning at 11:23 AM 1 comment: