Across the wide Missouri 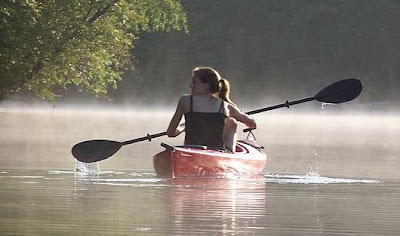 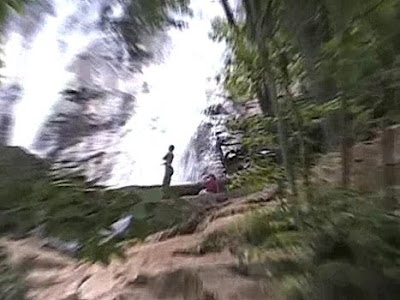 This is without a doubt one of the most beautiful things I have ever heard. I was casting around YouTube to try to find an orchestral version of one of my favorite melodies, the haunting folk song Shenandoah. I couldn't find it, of course. Instead there were some awful versions by high school bands, and innumerable overblown abuses by (mostly) opera singers trying to make it sound Dramatic, Rich and Bold.

This just somehow came to me, sung by one Randy Granger, someone I'd never heard of. He has one album out which is mostly Native American flute music. After hearing this, I wish he would play flute less, sing more.

I can't describe his voice, and describing it at all would be desecration, but I must try. It has a warmth and a complexity, a richness of shivering overtones, and that incredible, nearly impossible stone-skipping (I can't think of the technical term, but it's those tiny, rapid steps up and down between tones - somewhere between a trill and a yodel - can you hear it?). But it's the tenderness, the longing and the caressing of the deceptively simple lyric that I love the most.

I may never find that passionate, roiling orchestral version that caught me up like a dangerous current all those years ago. Instead I found this. A human voice displayed naked, so that every nuance is exposed. 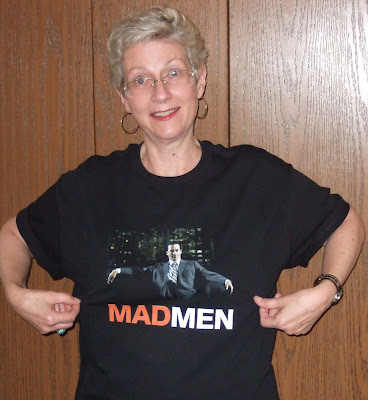 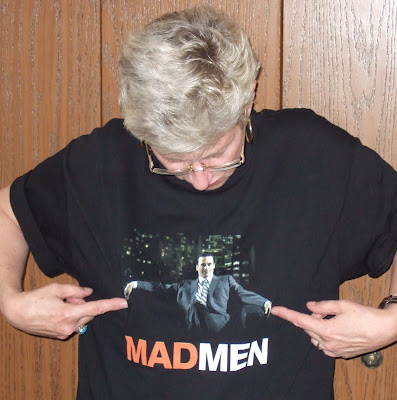 I'm not used to having my most cherished fantasies come true. As always, there's a story behind this-all.
At some point in my Mad Men worship, I decided I wanted a t-shirt with Don Draper on it. A reasonable request, I thought.

I found what was touted as the Official Merchandise Site for all that stuff, an outfit called Gold Label. Don't be fooled, this should be called Chintz Label. I ordered a "fitted" women's t-shirt which was called "moderately loose". In a size Large, because I didn't want to order an X-Large. I always see that as Size Elephant.

After paying $40 and waiting a few weeks, I got my t shirt. The package seemed awfully thin, as if there wasn't anything in there. I took it out. It would have fit a slim 10-year-old. I should have known from the picture, which was so skinny on the bottom it would never accomodate the most modest female
hips.

It smelled bad, like a synthetic which had been sweated into, real Star Trek stuff. It brought to mind the petroleum-based crimplene of the '70s. The logo was that smooth, paintlike, shiny layer that cracks in the wash.

To their credit, when I complained about it, the company sent a refund and didn't even ask for the shirt back. I'm glad, because they probably would have sent it back out there.

SOOOOOO. . . (Is anyone interested in this? I thought so), I went to Plan B and looked on eBay. Like Alice's Restaurant, in nearly every case, you can get anything you want.

For $20, a black tee, size Large, brand Gilden. It came promptly, and did not disappoint. It was made of real cotton, topstitched shoulders, and the only fit problem was the length, so I had it altered to bring up the hem 4". I got it from tees-aplenty. Remember that name, folks.

But the most gratifying thing about my gorgeous new shirt is the placement of Don Draper's hands. They are squarely over my breasts, and in pinch position.

Posted by Margaret Gunning at 9:30 AM 2 comments: