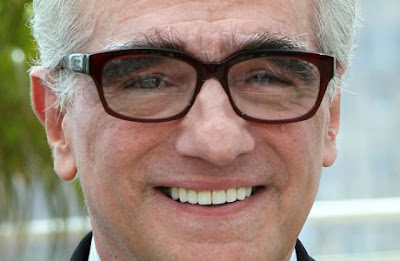 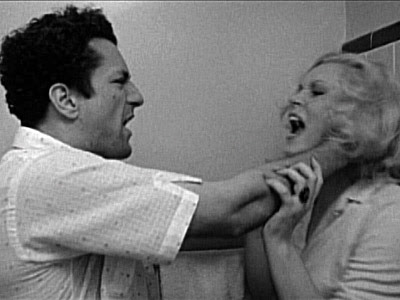 When Taxi Driver comes on TV,
I always drop what I’m doing, you see,
For Travis Bickle is my main man,
Because of DeNiro I’m such a great fan.

When first I saw this story bleak,
I had to through my fingers peek,
For though the end was a gory mess,
I couldn’t stop watching, I must confess.

Then I saw a picture of Marty,
Who supports the Italian Munchkin party.
Like my Uncle Aubrey his eyebrows were dense,
And his movies didn’t always make much sense.

But to the soul they spoke without fail,
For Raging Bull's a morality tale.
And fluids red from DeNiro’s face
Went gushing and flying all over the place.

When we saw Jake LaMotta bash his head,
It filled us all with horror and dread.
But for our director, comedy was king,
For sociopaths were Marty’s favorite thing.

I can’t tell you all the movies he did,
For I’d be here all day, I do not kid.
But some of them were a big surprise,
Like Age of Innocence, pure sex in disguise.

And Alice by Bursteyn, my what a trick,
For feminist views he laid on quite thick.
And when he did that movie of Jesus,
He went far out of his way to please us.

Then there was Goodfellas, my what a pic,
And I can’t say it was my favorite flick.
Every time I try to watch this thing,
It doesn’t exactly make me sing.

No, there’s pictures where human flesh does rip,
And he and DeNiro seem joined at the hip.
It’s an odd sort of duo, a big guy and small,
With both of them Cosa Nostra and all.

Real genius is rare, so let's praise this guy,
And hope that his pic on Sinatra will fly.
His turkeys are few, though with Liza Minnelli
He went on a coke binge and turned into jelly.

Martin Scorsese, Martin Scorsese,
Your pictures are great and drive film students crazy.
So some day I hope, in my brief mortal span
I can call you just Marty: cuz you is de man!
Posted by Margaret Gunning at 3:39 PM 2 comments:

My life would not be the same without the Stooges. Every afternoon after the rigours of school, I'd flop down with my bag of Oreo cookies and go glassy-eyed. Next to the "bee-bye-bicky-bo" episode (which I'll post sometime, it's a classic), Curly's dancing was the best. If you can call lying down on the floor and spinning around in circles dancing. And what about "Moe! Larry! Cheese!" I thought I had hallucinated that, until I dredged it up on YouTube.

Margaret, are you grieving? 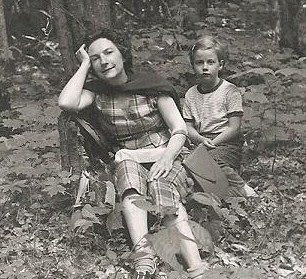 To a young child

Margaret, are you grieving

With your fresh thoughts care for, can you?

Ah! as the heart grows older

It will come to such sights colder

And yet you will weep & know why.

Now no matter, child, the name:

Sorrow's springs are the same.

Nor mouth had, no nor mind, expressed

What heart heard of, ghost guessed:

It is the blight man was born for,

It is Margaret you mourn for.

Gerard Manley Hopkins
Posted by Margaret Gunning at 9:52 AM 2 comments: