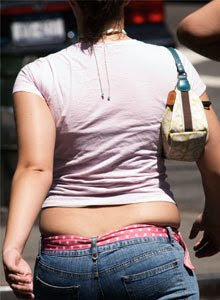 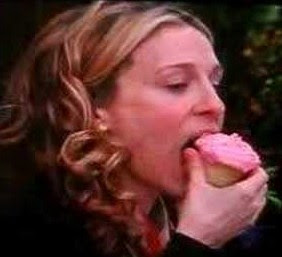 Not long ago I was sitting at the bumpy back of a shuttle bus, when I overheard two girls talking.

They must have been somewhere around the age of fourteen (oh God, maybe twelve), headed to Megalopolis Mall for some serious retail therapy. They were deep in conversation in rapid, breathless phrases that almost ran together into one word:

Her conversation mate Madison replied, “I’d like be so offended, Kaylee, you’re just soo not anorexic, you can like wear a size zero and she’s like jealous.”

I don’t know how it happens, but obnoxious phrases and quirks of speech seem to worm their way into common discourse, to the point that I’ve heard middle-aged people say “I’m like” (and inflect their voices with that curious upward, ask-permission sound at the end of sentences that communicates chronic but somehow fashionable uncertainty.)

I can’t remember when I first started to hear the phrase “change it up”. You can arrange your living room furniture around the 80" flat screen TV, or you can change it up and stack the sofa on top of the coffee table. Bored with a certain routine? Change it up.

(This is related, but only indirectly, to “man up”. I don’t need to translate that one.)

I am convinced that this particularly irritating phrase originated with Dr. Phil, that transplanted Texas cowboy, his speech peppered with “y’alls” and “you guys” (and don’t get me started on that one, often used by 20-year-old waiters on dignified elderly couples).

Another Phil-ism that I detest is the dreaded “You know what?” I know a woman who says it before every sentence she utters. I am tempted to respond with “NO! WHAT?”, except that this phrase doesn’t really mean anything, and she probably has no idea she’s even saying it. Her mouth is just flapping and something is coming out.

As the song goes, everybody’s talkin’ ‘bout a new way a-walkin’. Or, a-talkin’. Here are some particularly poisonous examples.

No one can say a short “e” sound any more. It’s more like “ahh”. As in, “ahhvry.” “Ahhvry time I go out with my boyfrahhnd, he’s like, I wanna go to bahhd with you, and I’m like, soo not rahhdy.” This isn’t just in people under 30, unfortunately. It has spread like a communicable disease. The jaw drops lazily open and doesn’t bother to come up again (“sahhx”).
It isn't an accent. It's an affectation, and it radiates "dumb" more than people realize.

Another annoying quirk is one popularized by Stacy London of the psychologically sadistic show What Not to Wear (in which women are completely broken down, cult-like, in order to be built back up again by the immutable laws of fashion): “Shut! Up!”. This is not a literal shut up, but almost a seal of approval, replacing the outworn “you go, girl!”. It’s a variation on Elaine’s “Get! Out!” on Seinfeld, accompanied by a push so hard it literally knocks the other person over.

Oh, but I’ve saved the worst ‘til last, and it’s so ubiquitous that people don’t even hear it any more. “Icon”. Or “iconic”, the two are almost interchangeable. Tomorrow, as an exercise, count the number of times you hear or read “icon/iconic” in the media. I once counted five, and that wasn’t unusual at all.

Anything can be iconic now, which means that nothing is. Some asshole journalist was blathering on and on about Sex and the City (after that lame movie came out) and said that the cupcakes Carrie and Miranda ate were “iconic”, leading to a rash of cupcake stores that now litter the landscape all over North America.

OK then, can cones be iconic? As in ice cream?

You nahhver can tahhl.
Posted by Margaret Gunning at 1:25 PM 2 comments: 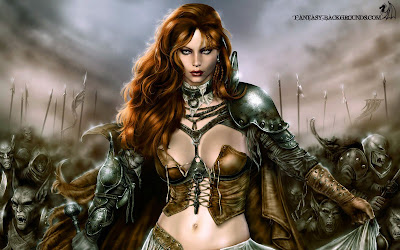 No, seriously: I suddenly realize I've become an Amazonian. I order too many things. It started small: a book I couldn't get anywhere else; a book that was 1/4 the retail price in stores; a CD no one even knew about. Most of them were from Amazon. Most of my on-line purchases still are.

In spite of the fact that I live in Vancouver, one of Canada's (supposedly!) more sophisticated centres (note the spelling), I find I can't get anything here. Just nothing, squat. I couldn't even get a decent pair of bedroom slippers, so ended up ordering them from Planet Shoes and spending something like $45.

I get greedy, I get eager, I get curious. Can I still get a book long out of print? Yes, ma'am! Can I get a book I remember from 1973? What do you think? And it's cheap. In fact, Amazon's "new and used" feature sometimes lists book prices at one cent. Yes, you read that right. You can get a book for a penny, so that you only have to pay the shipping and handling. They're practically free.

I can't figure this out, except that there are dusty old piles of unsold books warehoused somewhere, and they just wanna get rid of them. These used books are handled by individual sellers, kinda like on eBay, and for the most part they've been reliable.

And nothing costs very much. . . does it?

Individually, no. But it sneaks up on you.

I had a dream last night that I received parcel after parcel after parcel ("brown paper packages tied up in string") shoved into my mail box, all the purchases I had made in my entire life. It was a jackpot of sorts. Was this a message from my psyche that everything I've done up to now is about to pay off: or, just a consolation prize to get a little squirt of endorphin going to get me through the day?

Speaking of said endorphins, I know this is addictive. I know it because of the temporary giddy rush I feel, then the drop of disappointment after I've had the item for a while. It never lives up to my expectations.

The other day I realized I never go to the library any more. I became so irritated with loud teenage gossiping, frantic texting, cell phone rings, cell phone calls, staff talking at conversational volume, knuckle-cracking, snot-snuffling, leg-jiggling, rank body odor that leaves a trail through the stacks, etc. etc., that I just couldn't stand it any more.

That, and the fact that I have a far superior library right here at my fingertips. I can find anything in seconds, and never leave my office.

I now write my diary/journal on my computer, and have found it liberating. I had nearly given up on my old journal: it was such a trudge to make my hand move across the page. I used to write like the wind, but now the ink seems hard and chewy, and my hand moves at about 10% the speed of my thoughts.

So, I shop on-line, I research and book-browse on-line, I even journal on my computer now, as if I'm married to the thing. I remember years ago hearing that everyone would have to know everything about computers in the future, or they would be hopelessly lost and fall behind and become useless dinosaurs. No one could've predicted it would be so easy to use these buggers, so easy to go click-click on Amazon and buy yet another couple of books.

Or CDs, or DVDs, or flannel nightgowns, or t shirts, or bird supplies, or or or or
Posted by Margaret Gunning at 10:16 AM 3 comments: